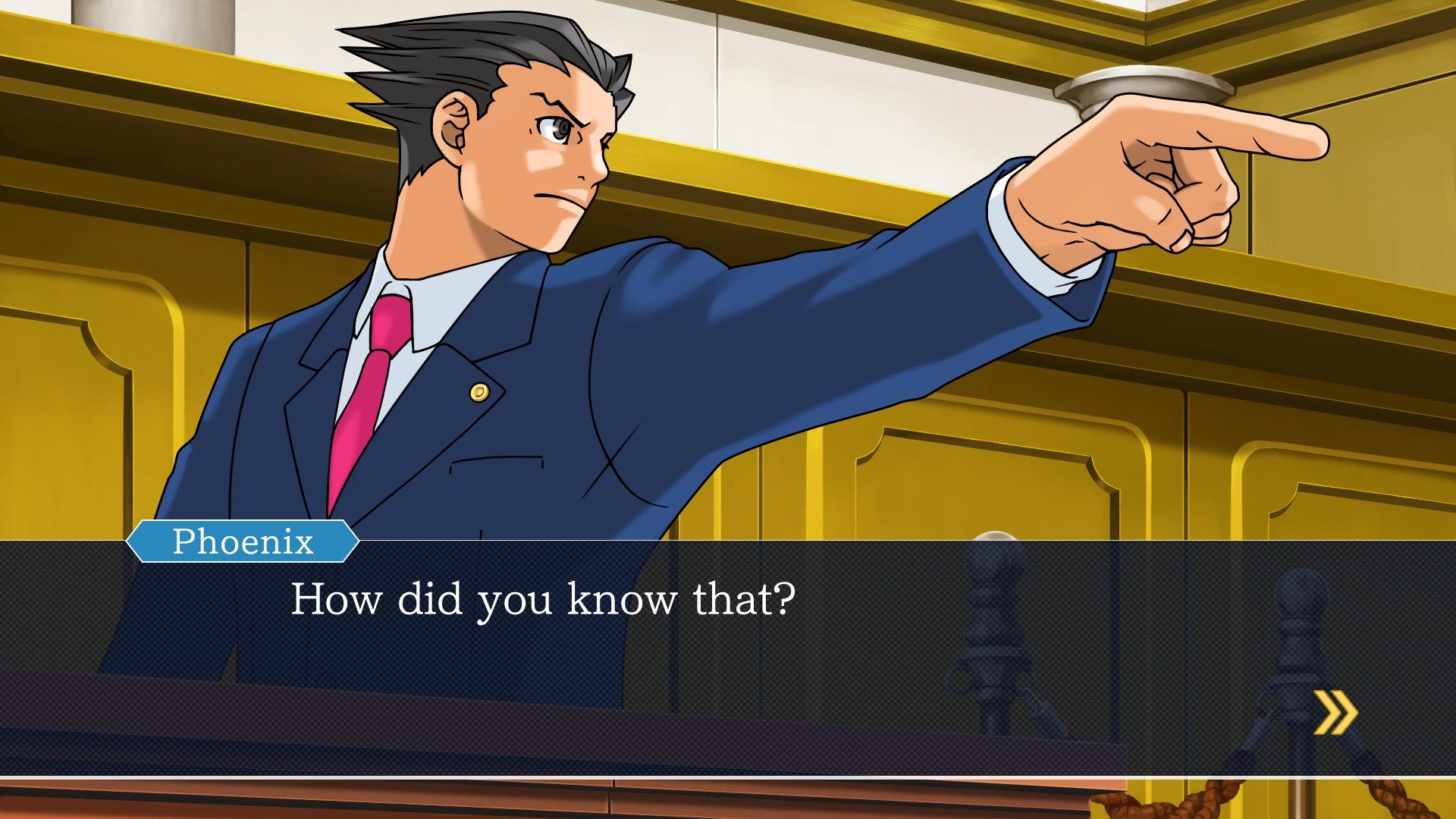 Hold it! Don't spend all your money just yet. You need to save a bit for when Phoenix Wright: Ace Attorney Trilogy heads to all major platforms (including PC) this April!

Capcom took to its official blog to announce that it will be bringing Phoenix Wright: Ace Attorney Trilogy to consoles and PC in a month or so, and the collection is available to pre-order now.

Both newbies to the series and veterans will be able to head back to the earlier days of everyone's favorite video game attorney with this lovingly remastered set of games, updated with a modern UI as well as "other improvements" for consoles and PC. They're the same first three games in the Phoenix Wright saga you know and love, with all the crazy courtroom antics, autopsy reports, investigations, "HOLD IT!" and "OBJECTION!" exclamations, and more.

For the uninitiated, Phoenix Wright games often require you, as the defense attorney, to conduct an investigation outside of the courtroom, gather evidence, and participate in three-day trials, all the while interrogating witnesses and figuring outthe truth from the lies. The trials will let you cross-examine witnesses and determine who's in the wrong with each different case, but there's a lot to sift through, and you'll have to use that noggin of yours to figure out who did what, and ensure your client is found innocent.

The trilogy includes Phoenix Wright: Ace Attorney, Phoenix Wright: Justice for All, and Phoenix Wright: Trials and Tribulations. All were previously only available on the Nintendo 3DS and DS systems, but now you can enjoy them at home on the big screen if you so choose. Get ready to start conducting your investigations soon, as the trilogy launches on all consoles and PC on April 9. Ready your best courtroom attire now, everyone.