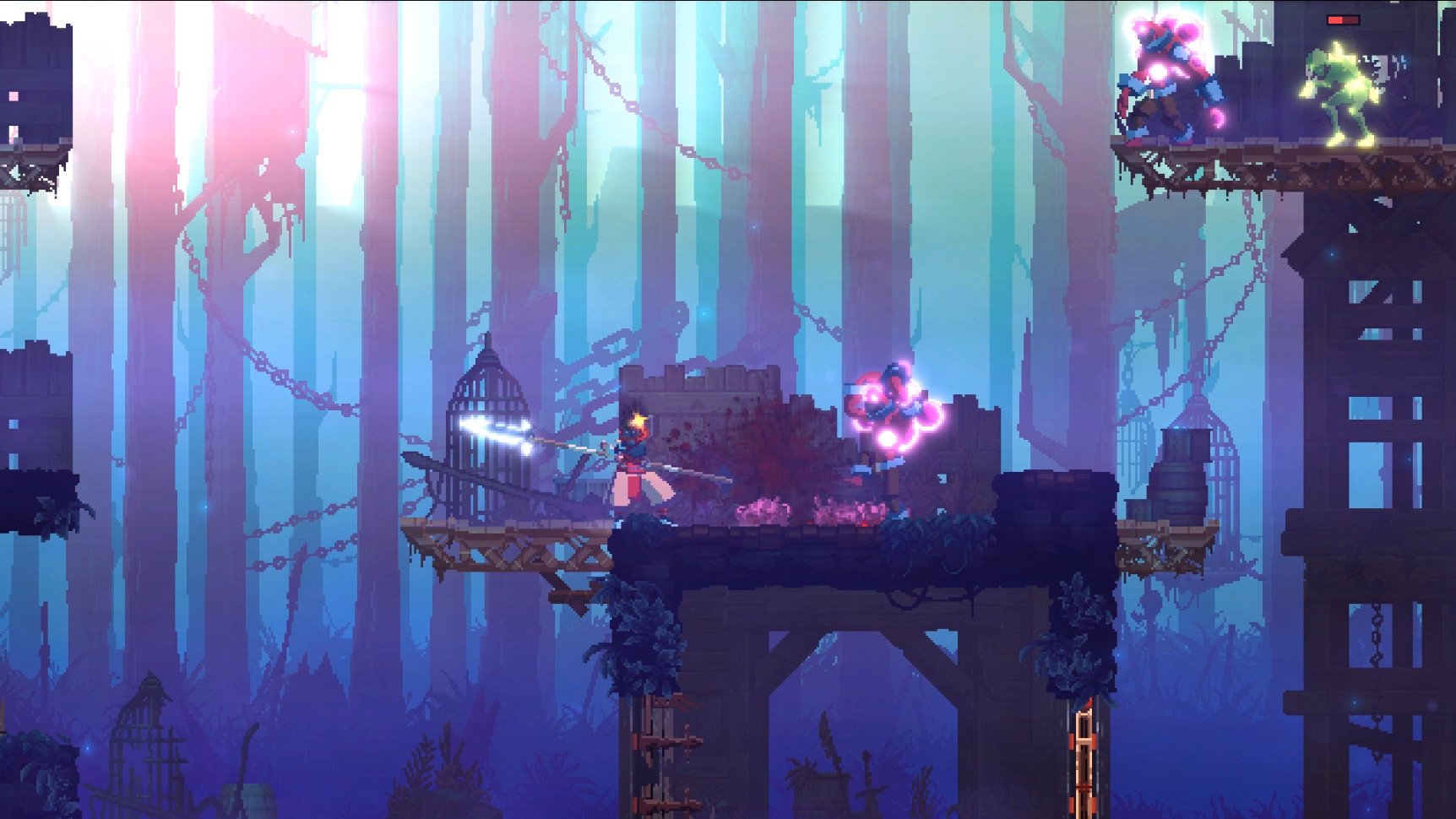 If you haven't yet played Dead Cells, you should first rectify that. Then, start looking forward to the new content coming to the game in the future.

We got an early look at the upcoming levels making their way to Dead Cells thanks to a Red Bull Gaming mini-documentary on the developer Motion Twin. The video discusses some of the things fans will get with the new DLC release later in the clip. It's going to be a free update and according to artist Noémie Szmrzsik-Cohard, "players are going to freak out."

There are a few glimpses at what the game might look like when the new levels make their way out, but it's a quick look, without much definition to speak of. The team is confident that it's going to make players happy, though, that much is obvious.

"The game as it is right now, it's complete, but we really want to have an extra layer of quality on it," lead designer Sébastien Bénard says. "The DLC is really all about putting a proper conclusion to the story, and to explain things a little bit more and give the player new ways to understand the game world."

Sound like a game you need to get your hands on sooner rather than later? Check out our own Chris Jarrard's review, where he awarded the game a 9 out of 10.

"I’m not a big Metroidvania guy, but Dead Cells managed to conjure up the same feelings I had when I played Super Mario World, Portal, and Stalker: Shadow of Chernobyl. It isn’t perfect, but no game is. It evokes feelings that remind me why I fell in love with video games in the first place. It is the video game equivalent of getting your back scratched while you take a dump. I give Dead Cells my highest possible recommendation. "

The DLC is expected to debut this spring, and you can give it a try during this year's PAX East, which runs from March 28 through March 31.