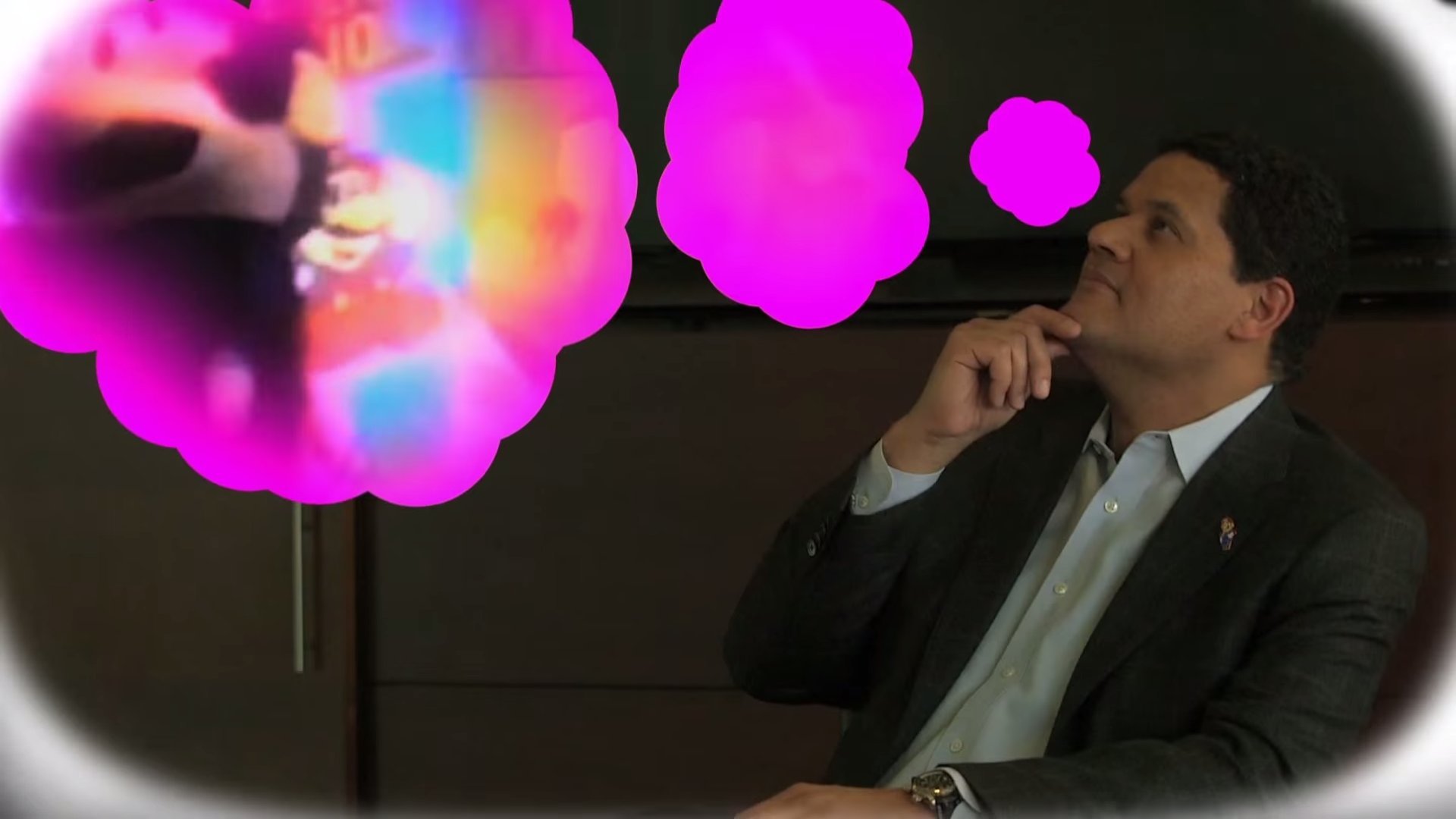 A short list of Reggie Fils-Aime's best moments at Nintendo

On Thursday, Nintendo suddenly announced that Reggie Fils-Aime would be retiring from his position as President and COO of Nintendo of America. It's an announcement that's still sending shockwaves through the gaming world. While Nintendo of America will likely continue to trend positively with Doug Bowser as the company's new President and COO, it'll be hard to imagine an NOA without Fils-Aime as its face.

Fils-Aime was omnipresent through many of Nintendo's endeavors. He'd often work alongside the team at Nintendo's core Japanese office and make his presence known at Nintendo Directs and E3 conventions throughout the past 15 years. There have been countless memorable Reggie moments, so for today, Shacknews would like to look back at just a few of them.

This isn't a definitive list by any means, given that it's coming off such an unexpected announcement. But Shacknews has put together a few of the best Reggie Fils-Aime moments.

"My body is ready"

No Reggie list is going to be complete without this, so we obviously have to start with it. When people think of Reggie Fils-Aime, they likely think of this iconic quote from Nintendo's E3 2007 presentation. This came from the first reveal of Wii Fit, Nintendo's foray into personal fitness via its Wii console. Legendary Nintendo producer Shigeru Miyamoto took the stage to reveal the game and the Wii Fit Balance Board peripheral and how it could help the average Wii player get in better shape.

But videos weren't enough. The E3 stage needed a full-blown demonstration and, fortunately, Reggie was standing right there. When asked personally by Miyamoto if he would try the Balance Board, Reggie uttered this phrase, which was followed by a brief, awkward silence and some laughter from the audience. A meme was born that still reverberates to this day.

Reggie to Hungrybox: "[I will] kick your ass!"

At E3 2014, Nintendo revealed Super Smash Bros. for Wii U and opened up a special Invitational featuring some of the top players in the world. Among them was legendary Melee player Juan "Hungrybox" DeBiedma, who couldn't help but take advantage of the rare opportunity presented to him when he shared the stage with Reggie. Hungrybox challenged the NOA COO to a "For Glory" one-on-one Smash battle.

Reggie initially refused the challenge, noting that he isn't very good at Smash. However, he did note that he would get ample practice in on the 3DS version and promised to return and defeat the Melee pro. "My opportunity is coming with Smash on 3DS. Because now I'm gonna play it on the go, I'm gonna be able to come back up next time, and kick your ass!" he told Hungrybox, in front of a raucous E3 crowd.

Reggie kept his promise. He did return to answer Hungrybox's challenge at the 2015 Nintendo World Championships.

It did not go well for Reggie.

One of the most iconic Nintendo presentations came during the 2015 Nintendo Digital Event for E3, when Reggie appeared alongside Miyamoto and the late Satoru Iwata. Something was different about them, though. It was hard to pin down at first.

Yes, thanks to the Jim Henson Muppet Studios, the three heads of Nintendo were turned into walking, talking puppets. It was the most different and the most novel of the Nintendo E3 presentations to that point, showing a refreshing light-heartedness that was missing from what's rapidly become an overly serious event.

Sure, the game it was promoting wasn't very good, but the imagery of these iconic figures as puppets, followed by their whimsical transformation into the Star Fox crew is something that fans will surely never forget.

During the last decade, the indie game has become more prominent than ever before. With Nintendo's competitors rapidly reaching out to more indie developers, it was Nintendo of America that made a more conscious effort to reach out to these talented creators for its current-day consoles. Even Reggie got involved in the big indie push, most visibly putting himself out there for 13AM Games' foot-racer Runbow.

Reggie displayed the kind of comedic timing and personality that's made him such a beloved figure to Nintendo followers. He grasped exactly the kind of game that Runbow was aiming to be and helped push the game forward in his own distinct way. His faux-chicken dance (looking like it would fit right in with the Arrested Development cast) was an underappreciated highlight for one of the best indie games of the last generation.

Older Nintendo fans will remember the old days, where they once had dreams of being part of the Nintendo World Championships. It was an epic event that saw a lucky few get to compete in games like Super Mario Bros. 3 and Rad Racer for total glory. The presentation was unlike anything else at the time, long before the term "esports" was even a seed in anyone's brain. But the event proved to be a one-time only phenomenon. Or so anyone thought.

Reggie had different ideas, as shown in this E3 2015 hype video. Reggie got to show off some more of his comedic chops, drifting off into dream sequences and showing his exuberance at the idea of bringing back this long-dormant tournament. Then there's the training montage, straight out of the 80s. Appropriate, given that the NWC was last seen in the twilight of that decade.

Reggie even revealed his original successor, long before today's events. Four years later, it doesn't appear that Reggie was able to track down Tanner to take over for him in April.

That's just a small taste of some of Reggie's best moments. Do you have a favorite moment from Reggie's time at Nintendo of America? Join the conversation and share with the rest of the class.