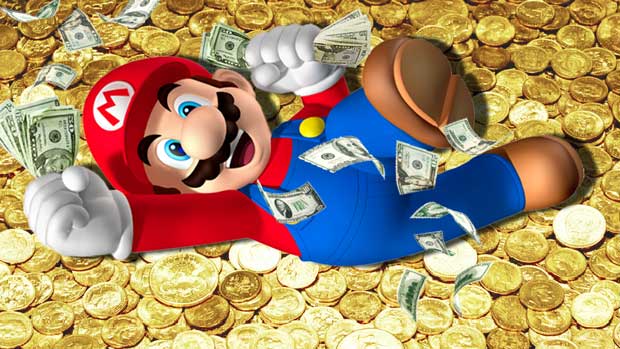 Shares of Nintendo jumped this afternoon by over 4% on unusually high volume. There is no actual financial news at this time that I am able to track down, but please take a look at the minute period chart from today's trading.

Nintendo shares were having a pretty quiet day of trading leading up to this spike in trading. Nearly 300,000 shares of Nintendo's stock (NTDOY) traded hands in fifteen minutes. Making this move in the stock even more confusing is the announcement that Reggie Fils-Aime has retired from Nintendo. News of the shakeup at Nintendo of America broke an hour after this spike in share price. Doug Bowser, NOA's current Senior Vice President of Sales and Marketing, will succeed Fils-Aime after working alongside him for four years.

Nintendo's stock has been underperforming the broader stock market for over a year, so today's mid-day spike is a nice reprieve for long-term shareholders. The company continues to roll out new features to their Nintendo Switch Online service, and announced several new titles during the February 13 Nintendo Direct. While Tetris 99 mania may be sweeping the gaming world, the stock has had very little movement. Quite surprising, considering Super Smash Bros. Ultimate sold over 12 million units in 25 days and Super Mario Maker 2 is set up to achieve similar success.

While games like Link's Awakening might not be as massive of a hit as some of Nintendo's other Switch releases, it appears the Big N is back on better footing financially after a rough Wii U console cycle. Apparently some new shareholders agree with over $10 million of shares trading in a short time period. NTDOY usually trades 415,738 share on an average day, but over 900,000 shares are likely to change hands on this unusual day at Nintendo.