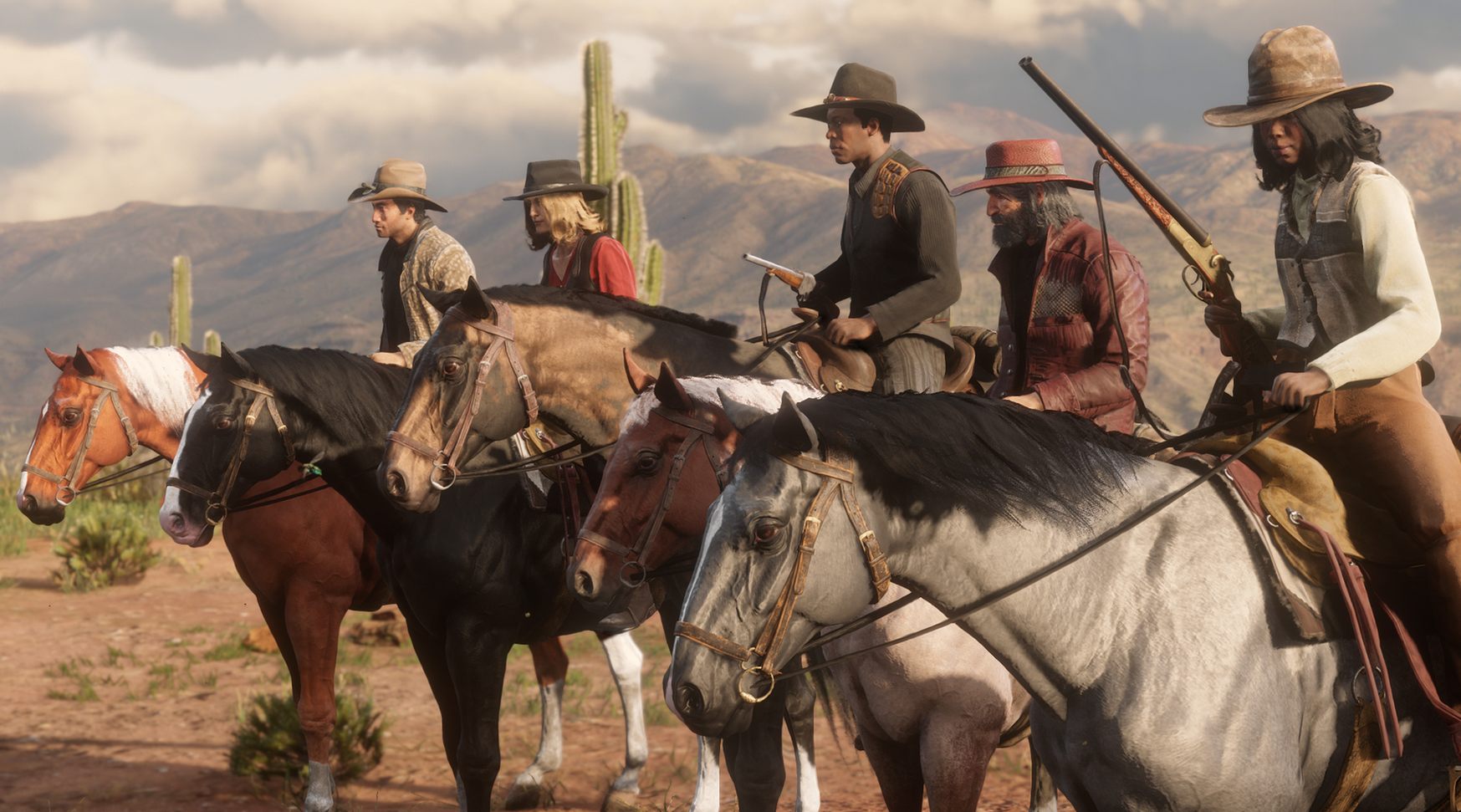 Rockstar's dangerous frontier is getting an update. The Red Dead Online Beta is getting a massive update that includes new gameplay, new weapons, new gear, bonus XP, and some early access content for PlayStation 4 players. The new update goes live on February 26, 2019.

If you've exhausted a lot of what's offered in the Red Dead Online Beta, the new update is injecting some fresh blood into the wild west experience. The Fool's Gold Free Roam event will have players competing to control a suit of golden armor, essentially as a mobile king of the hill mode. Those that love to fish in Red Dead are getting Fishing Challenges. If you accept one of the various types of challenges, you'll receive the gear needed for it and will just need to head to the right body of water. While engaged in the challenge, you'll be safe from attackers. If you're a racing fan but also want to let your custom guns loose, the Target Races include shooting targets as your race through checkpoints.

There are also three new Showdown Modes being added to the Red Dead Online Beta. They're focused on capturing and delivering bags and stealing loot to survive. More details on Up In Smoke, Spoils of War, and Plunder will be revealed in the future.

B.D. and Co. is adding the Evans Repeater rifle to its catalog and D.D. Packenbush is adding the Rare Shotgun, a double-barreled variant. Both will be available in the Wheeler & Rawson Catalogue and with local Gunsmiths. While your shopping, you'll find a new Diamondback Hat, fur-trimmed Rutledge Vest, and more in an expanded collection of outfits, jackets, boots, coats, gloves, hats, and vests. You can also find a collection of emotes and some unique items that will only be around for a limited time.

As revealed in the official Red Dead Online blog post, PS4 players will get access to Open Target  Races, a variant on Target Races that has players racing around an open space to shoot the most targets. They'll also get the Jawbone Knife, a unique melee weapon made from a slain anima's jaw, in addition to some new clothing options and three emotes. For Red Dead Online Beta players on all platforms, signing on and hitting the frontier this week will earn 20% more XP on all activities as we get closer to the new updates that gove live on February 26.

Red Dead Redemption 2 is available now on PS4 and Xbox One, also including access to the Red Dead Online Beta. Stay tuned to Shacknews for additional updates.