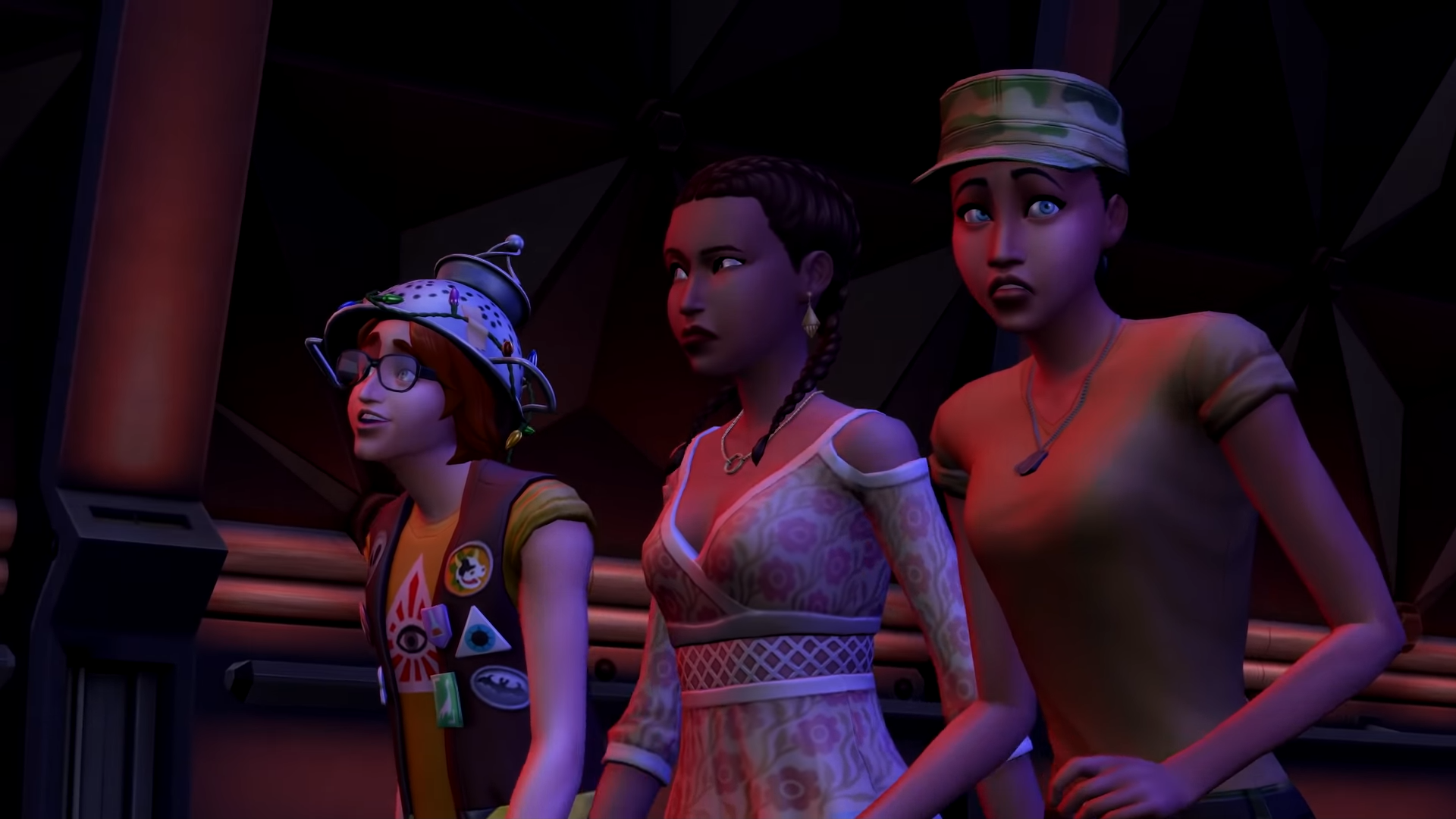 The Sims 4's StrangerVille DLC gets weird next week

There's something strange in the neighborhood of StrangerVille. The people are acting a little bit off. It may or may not have something to do with the surge in paranormal activity that has led to an increased military presence. Also, those smiles that delirious smiles and wacky walking that everyone seems to be doing? There's something you don't see every day.

That's the premise behind the latest Sims 4 update, StrangerVille, inspired by the old-school Strangetown from The Sims 2. This is a more story-focused DLC, in which players will set foot in the titular town and look to solve the mystery of why everybody's acting so weird. While the people are behaving a bit oddly, that's just the beginning. Strange weather patterns, glowing objects, a secret lab, human sacrifice, dogs and cats living together, mass hysteria! Those are just some of the phenomena that players will need to investigate when getting to the bottom of what's happening in StrangerVille. Try not to get distracted by Exorcist-style contorting while talking to the locals or investigating that nearby library. And just remember, when someone asks you if you're a god, you say yes!

However, this also being a Sims expansion, it means players will need to look the part. StrangerVille is filled with fashionable new outfits, whether it's faux science wear or outfits inspired by movies like Men in Black. Try to blend in with the military folk in the area, the ones with the vacant stares in their eyes.

There's going to be a lot of story to unpack here, so be ready for The Sims 4's StrangerVille, which is set to arrive on February 26. No word on how much it'll cost or whether Sims 4 owners can pre-order, but find more information on it on The Sims website. On top of that, EA and Maxis are posting new comics throughout the week to help lead up to StrangerVille's release.