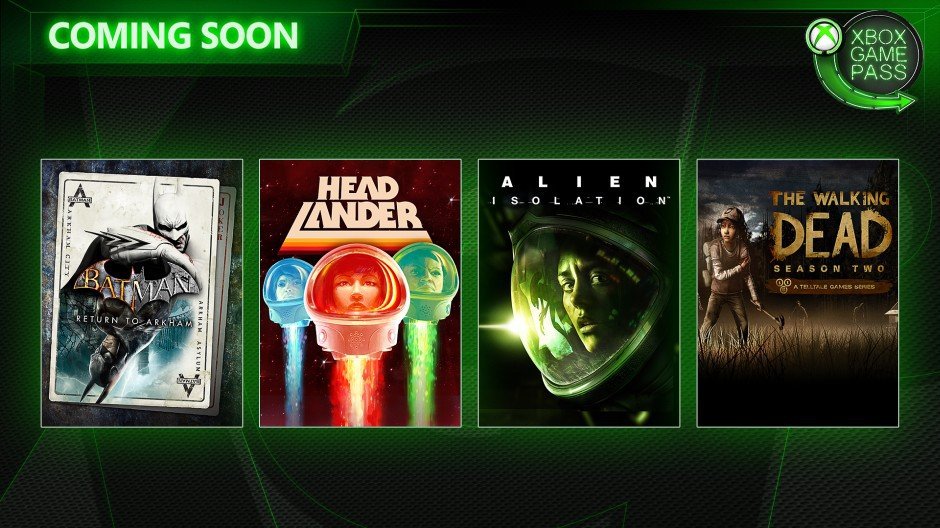 For Xbox Game Pass subscribers, the free hits don't stop coming. A new selection of titles is coming to the seemingly never-ending buffet of free games, and these ae some you'll really want to sink your teeth into.

For this game dump, you can look forward to Disney Epic Mickey 2: The Power of Two, The Walking Dead: Season 2, Headlander, Alien: Isolation, and Batman: Return to Arkham settling down on the platform. That's a pretty varied selection, but you'll definitely want to direct your attention to Alien: Isolation, especially if you've never played it before.

Alien: Isolation follows Amanda, Ellen Ripley's daughter, who's trapped aboard the Sevastopol space station while xenomorphs prowl around the area. Ripley has to figure out a way to escape the station and stay alive while attempting sit, using her wits alone. It's terrifying, especially if you're not a seasoned horror gaming veteran, and well worth downloading, even if you think you were scarred by Aliens: Colonial Marines. Come heal yourself with a good Alien game.

Batman: Return to Arkham is another obvious choice if you're looking to dig into an action title. This compilation brings players both Batman: Arkham Asylum and Batman: Arkham City, the first two games in the Batman Arkham series for an explosive adventure. Plunge the depths of Arkham City as the Dark Knight himself and beat up a ton of bad guys. Seriously, you'll love it.

Otherwise, Headlander, Epic Mickey 2, and The Walking Dead: Season 2 are all great titles as well. If you're not still playing around with Crackdown 3 or Sea of Thieves, both Xbox Game Pass titles, carve some time out of your schedule to try out these new additions, and then let us know how you're getting on. Then download more free titles. There's a lot to see on the service!