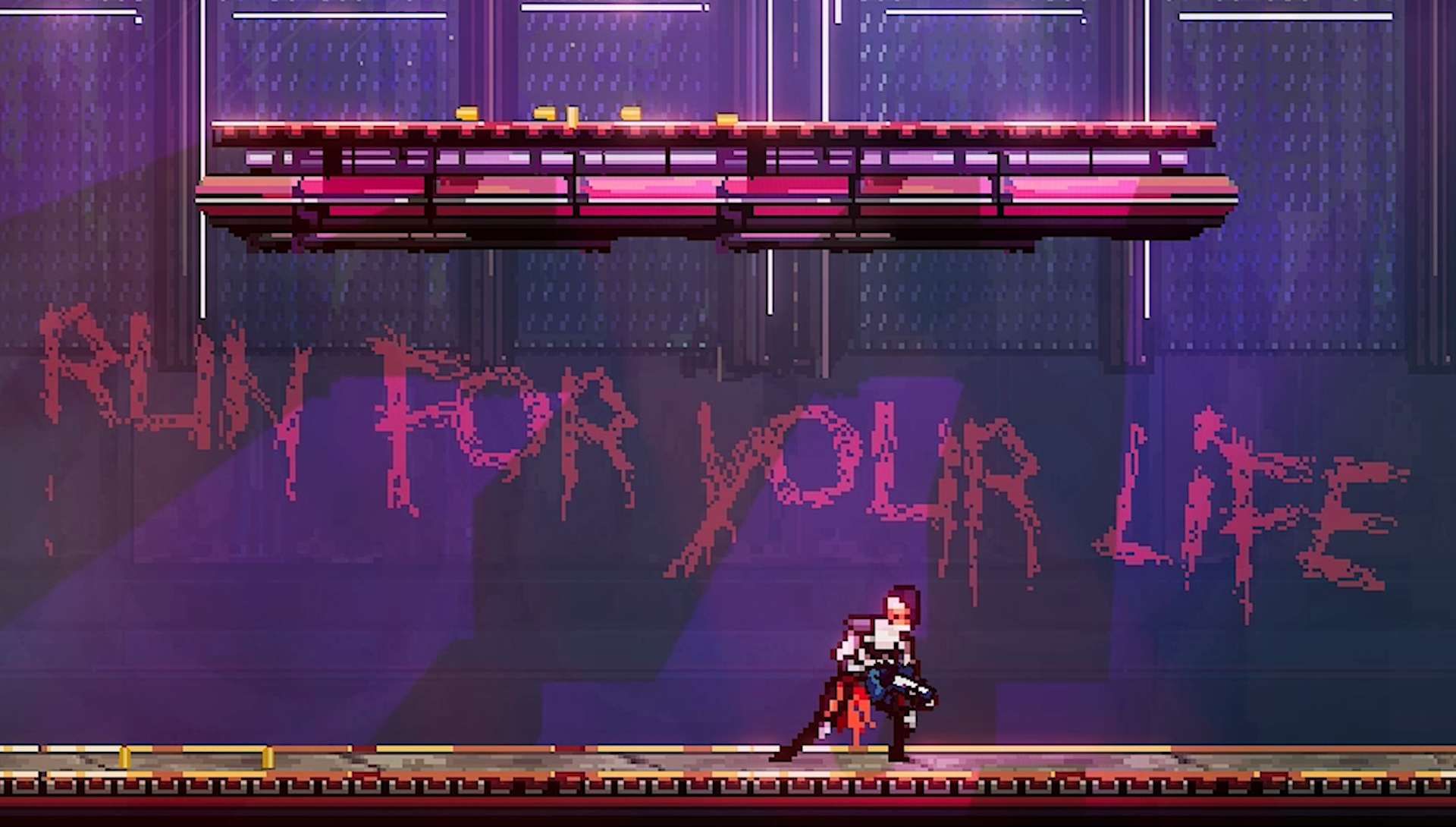 Good Shepherd Entertainment and SuperScarySnakes' 2D synth-punk roguelike action shooter Black Future '88 is coming to a Switch near you this year.

The dungeon-crawler, set in an alternate history where the year is always 1988, is making its way to Nintendo Switch and PC in the present in 2019, but there isn't a concrete release date for it just yet. And you'll be glad for the extra time to get your practice in, because it looks like a punishing game you'll need some additional training in.

The game places you in the shoes of one of the remaining survivors of a nuclear cataclysm (sounds awful, of course) as you work your way up through a procedurally-generated tower. But it's not just any tower. It's fraught with "fire, lasers, and steel." So to keep yourself alive through all this and kill your target before your heart explodes is by choosing and combining several different "buffs and curses" to get through it all. There's a wide variety of different characters with powerful weapons, melee attacks, and other ways to get you through the tower, but it won't be easy even with all that at your disposal.

The game supports two-player local co-op, so you don't have to go it alone. You can work together, and then take the show on the road by tackling others' scores on the global leaderboard. It's your chance to show the world what kind of bad dude (or chick) you really are, and even though you have an austere road ahead of you, this is a trip you're going to want to take.

Previously, Shacknews sat down with Don Bellenger from SuperScarySnakes to chat about the upcoming title, where Bellenger broke down what players can expect during 2018's Indie Haven. In case you missed it during all our E3 2018 shenanigans, check out the interview above for some context.

Are you feeling Black Future '88? Let us know in the comments below!