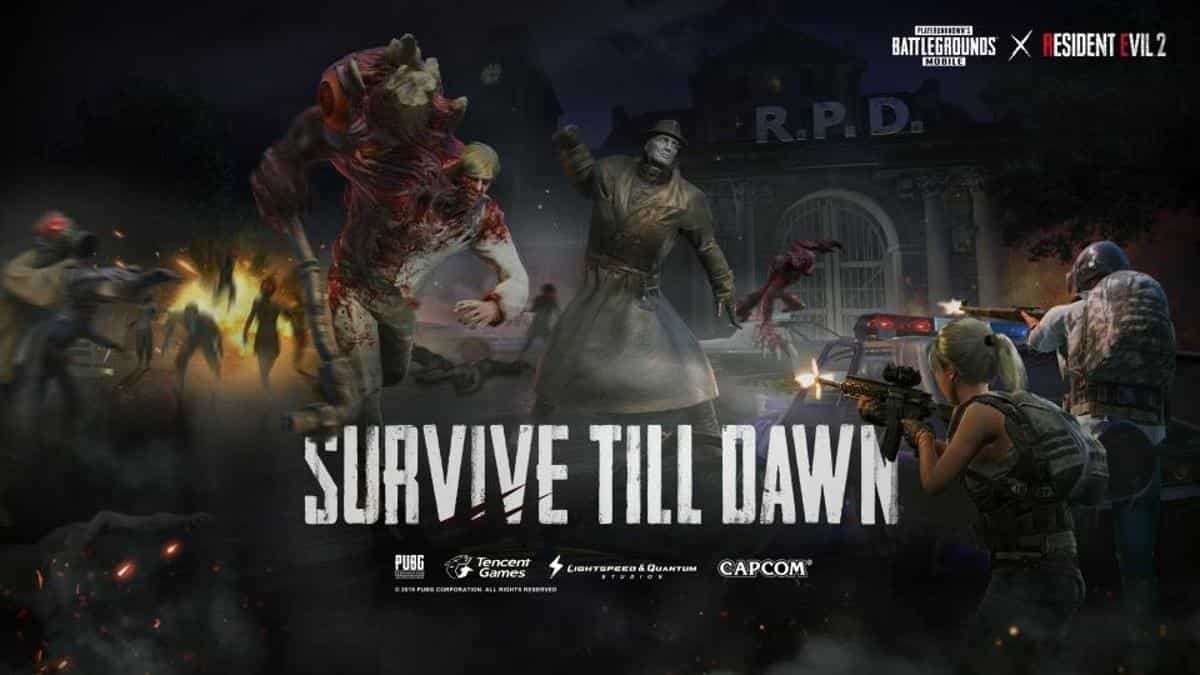 If you've been enjoying getting your battle royale fix on the go, your experience is about to get a dose of fear. In a newly announced crossover, PUBG Mobile will meet Resident Evil 2 for an entirely new mode called Zombie: Survive Till Dawn.

In Zombie: Survive Till Dawn, which is the culmination of the Resident Evil 2 cross-branding partnership that was announced at the PUBG Mobile Star Challenge 2017 Global Finals, human players will face off against creatures that get more dangerous as the sun goes down. The mode features three days and two nights in a 30-minute round, dropping 60 players into this battle royale match with a twist. As they fight to be the last human standing players will have to fight off various zombies like the Police zombie, Licker, and G1 along with others.

At night, the zombies will become more aggressive, like in another zombie survival game that is currently celebrating an anniversary. During the day, the zombies can be taken out from a distance and players can farm without too much concern. At dusk, they become more dangerous in temperament and due to the lowered visibility. At night, all hell breaks loose.

Not only will the standard zombies become enraged, but special enemies like Tyrants will also randomly spawn during night time. Along with this new mode comes Leon and Claire skin sets and costumes for Ada and Marvin.

"Our Resident Evil 2 partnership announcement generated a lot of buzz in the media and among both games' rabid fan bases," said Vincent Wang, General Manager of Global Publishing Center, Tencent. "We're thrilled to launch Survive till Dawn, a new gameplay mode that offers the very best of our two game platforms. The Resident Evil series is iconic among gamers and we anticipate incredible support for this gameplay that pushes players to survive a night of terror."

The PUBG Mobile 0.11.0 update is available now and includes the Resident Evil 2 crossover mode Zombie: Survive Till Dawn. Grab your nearest mobile device and see if you can survive the battle royale with some extra shambling buddies coming for blood. Stay tuned to Shacknews for additional updates.