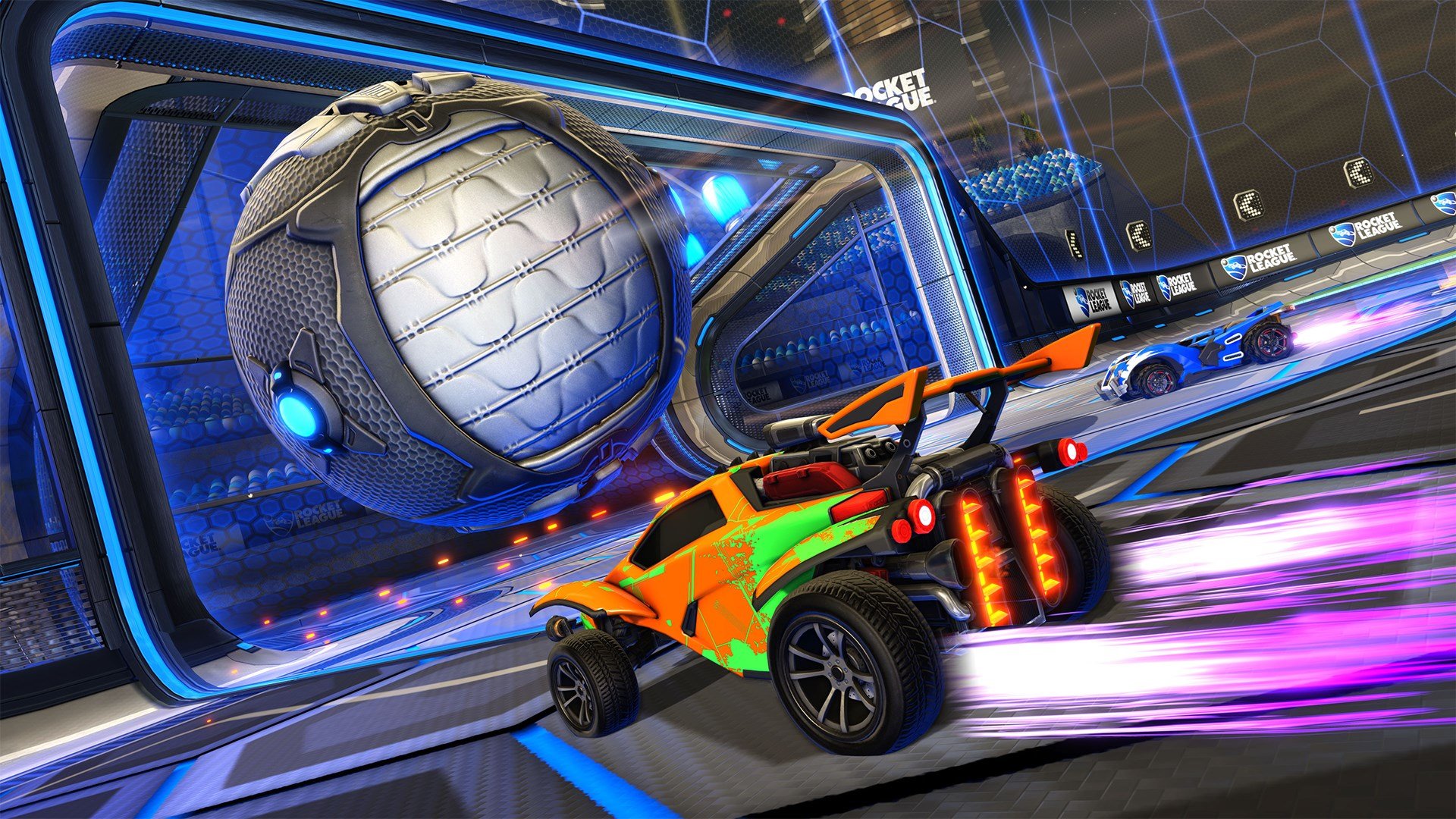 Most games are better with friends and that's especially the case for Rocket League. Sure, you could motor onto the field on your own and try to be a superstar, burning all sorts of nitro fuel to score a goal. But teamwork makes the dream work, so why not take the field with a few buddies? That's become much easier thanks to Rocket League's v1.58 update, which officially introduces cross-platform parties to all versions of the game.

Fisrt teased last week, the latest Rocket League patch overhauls the game's old Friends List feature and updates it to allow for invitations to Parties and Clubs, regardless of the user's chosen platform. The main menu Friends List now displays friends on the same platform on the Friends tab, while showing friends on different platforms on the RocketID tab. This makes putting together Parties and Clubs with players easier than it's ever been. Remember that RocketIDs are the player's username, followed by four randomly-generated numbers.

Those looking to get into the meat of the game and dive into fierce Rocket League battles should also be aware that Competitive Season 10 has begun with this patch's deployment. As players dive into the new season, it should be noted that Season 9 rewards are now available for pickup. This includes new sets of Wheels and new Titles for Grand Champions.

The Rocket League v1.58 update also includes the usual batch of bug fixes and balance tweaks. Those looking for a full list of changes can check out the Rocket League website. Developer Psyonix is almost through its Spring 2019 roadmap and that means Rocket Pass 2 is almost at an end. Stay tuned, as the developer is expected to reveal what's next for Rocket League in the weeks ahead, along with the mysterious licensed DLC that's set to deploy in March.