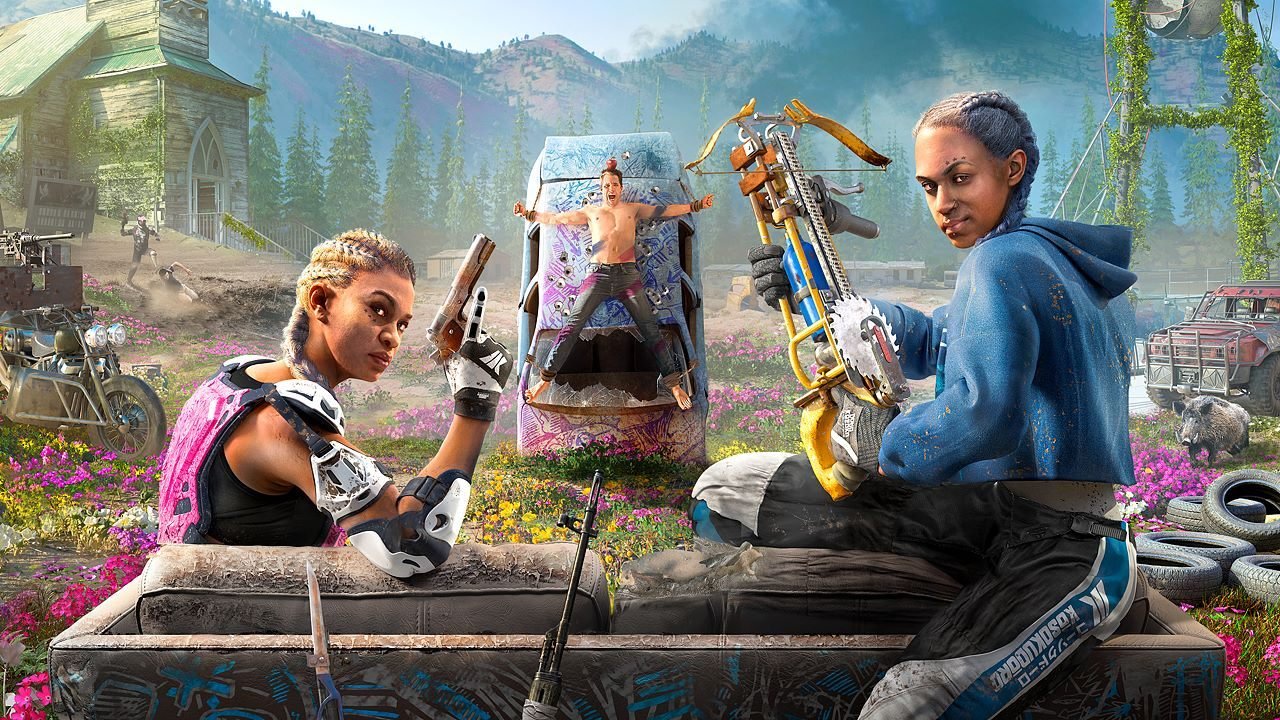 Far Cry New Dawn, the stand-alone narrative spin-off from Far Cry 5, is out now and some people have started review bombing it. Some complaints leveled at the game include being feminist, being a cash crab, not being large enough, the game's cover bring racist because there are two black women shooting at a white man, and more. Essentially, the user review system is being abused by people that have likely never played the game themselves and have ulterior motives beyond levying actual quality criticsm on the game itself.

FC:ND. being bombed for characters that ... are ... women? And for being a "cash grab," which isn't a thing. The worst reviews are mostly (all) from people who never played the game. If you can't verify ownership, maybe user reviews should go away.

The Steam page for Far Cry New Dawn is holding up currently, but the Metacritic page has accrued over 140 negative reviews versus 42 positive and 15 mixed. There are some attempts to actually crtitique the game sprinkled around, but a ton of them are flat out 0 out of 10, cratering the user score. It's 2.8 currently, but could continue to fall if the behavior continues. Here are a few snapshots of the comments in these "reviews" on Metacritic:

If you click through many of these reviews, you'll see that the users that posted them haven't posted any others at all. If you'd like a take from a person that played the game, here's an excerpt from our full Far Cry New Dawn review.

Far Cry New Dawn struggles to find its narrative identity, but there are great moments mixed in. Loose ends are tied up with old characters, and that was the interesting part of the story. I didn’t enjoy how all the characters were written, such as being called "My dude" or having an old woman spout off cliché one-liners that missed the mark. It didn’t help that NPCs had too few voice lines, so I ended up hearing the bad ones repeatedly throughout my experience.

That’s not to say there weren’t intangibles pushing me to explore and further the narrative. Far Cry New Dawn brings back several characters from Far Cry 5, and though I had problems with some of the new ones, that didn’t halt my intrigue about how returning folks fared the last 17 years. Far Cry New Dawn tied off loose ends that brought closure to the story for me, and I appreciated that.

Hope County itself had a lot to say through environmental storytelling. Prepper stashes are back but are called bunkers. These puzzles and mini adventures were fantastic. Besides perk magazines and currency, the reward for solving each was boring, but there was no shortage of storytelling when I took in my surroundings and read the lore scattered about. That extended to almost every location in the game. Taking time to look, listen, read, and explore was rewarding just for the lore.

Steam has a designation that shows when a user has purchased the game and it'd probably be beneficial for all entities with a user review section to include similar verification. What's your take, Shacker? Share with us via Chatty and stay tuned to Shacknews for additional gaming and tech updates.