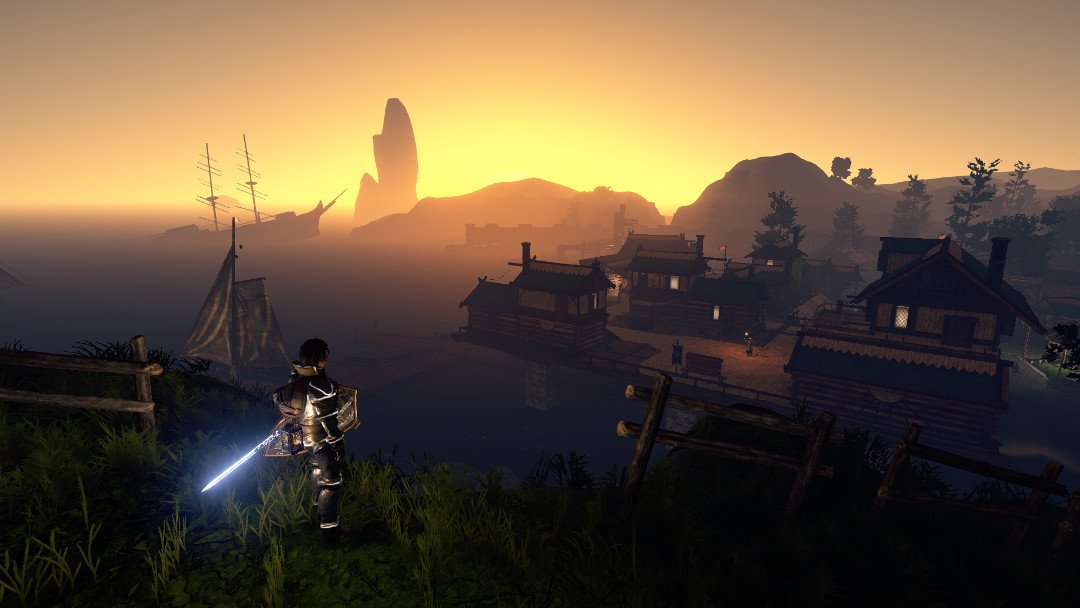 We’ve all heard the story before: some random child from a humble village in the countryside turns out to be the chosen one from an ancient prophecy and heads out on a hero’s journey. Almost every RPG out there starts with such a concept. But what about all the people in the village who weren’t born to reunite the Triforce or save a princess? They’ve still gotta pay their bills and feed their families. The fate of the world doesn’t mean anything to their day-to-day routine. These are the kind of people that players will take on the role of in Outward. I recently got a chance to play a PC build to find out what life is like in an RPG when you’re just an average Joe.

When the game begins, players will find themselves down on their luck and literally washed up upon a shore after a shipwreck. The accident has left you with basically nothing and it only gets better from there. When you make it back to your village you find yourself on the verge of basically being evicted by the tribe unless you can come up with 150 gold in 5 days. From there the road you take is your own to pave. You can hunt, fish, forage for valuable items, or maybe brawl with some monsters in a nearby cave for their treasures. There’s always the option to just lose the house and stay at the local inn, or just leave and never come back. Players will be free to build their own narrative in Outward.

There are quests that players will be able to accept, most of which come with a ticking clock similar to the initial eviction quest. Paths branch in such a way that there’s no way to see everything through in one gameplay as players succeed or fail at their goals. Outward also features several light survival game elements. Players will have to get enough rest, drink water to keep up their stamina and make sure they’re eating to keep up their health. Eating food that isn’t cooked, like a raw fish, runs the risk of causing illness that can temporarily impair a player’s abilities. Hot and cold weather can also have an effect on a character’s well-being.

Combat is inspired by the Soulsbourne school of games meaning it’s all about good dodging skills and timing attacks properly. To hedge their bets, players will be able to do things like set traps or take a few pot shots with a bow and arrow before diving into a tussle. While players will initially start off with basic weaponry like a spear or sword and shield, augmented weapons with special abilities can be found, and while I didn’t get a chance to see it during my demo, there will be opportunities to add spells to the arsenal.

If a player falls during combat, it’s not the end of the story, but things could take a turn for the worst. After dying, players could end up back home after being rescued, or maybe kidnapped by bandits and tied up in their camp. Everything once again goes back to the concept of an evolving personal narrative.

Another interesting gameplay feature in Outward is the inclusion of online and split-screen co-op play. While co-op RPGs are nothing new to the genre, it’s rare to see a game that lets you do couch co-op on this scale. I’m a huge advocate for local multiplayer, so I personally think it should be in most games. Outward in particular though seems to really shine through when experiencing it with someone else.

My brief hands-on time with Outward left me pretty impressed. Not just with the vast and dynamic open world that the team at Nine Dots Studios has created, but also with the fact that they’ve made it with a team of only 10 people. Outward is a game that’s looking to appeal to a hardcore RPG audience that wants to play off the rails. It’s already looking like it has a good chance of doing just that, but we’ll have to wait for Outward to launch on March 26 for PC to find out for sure.