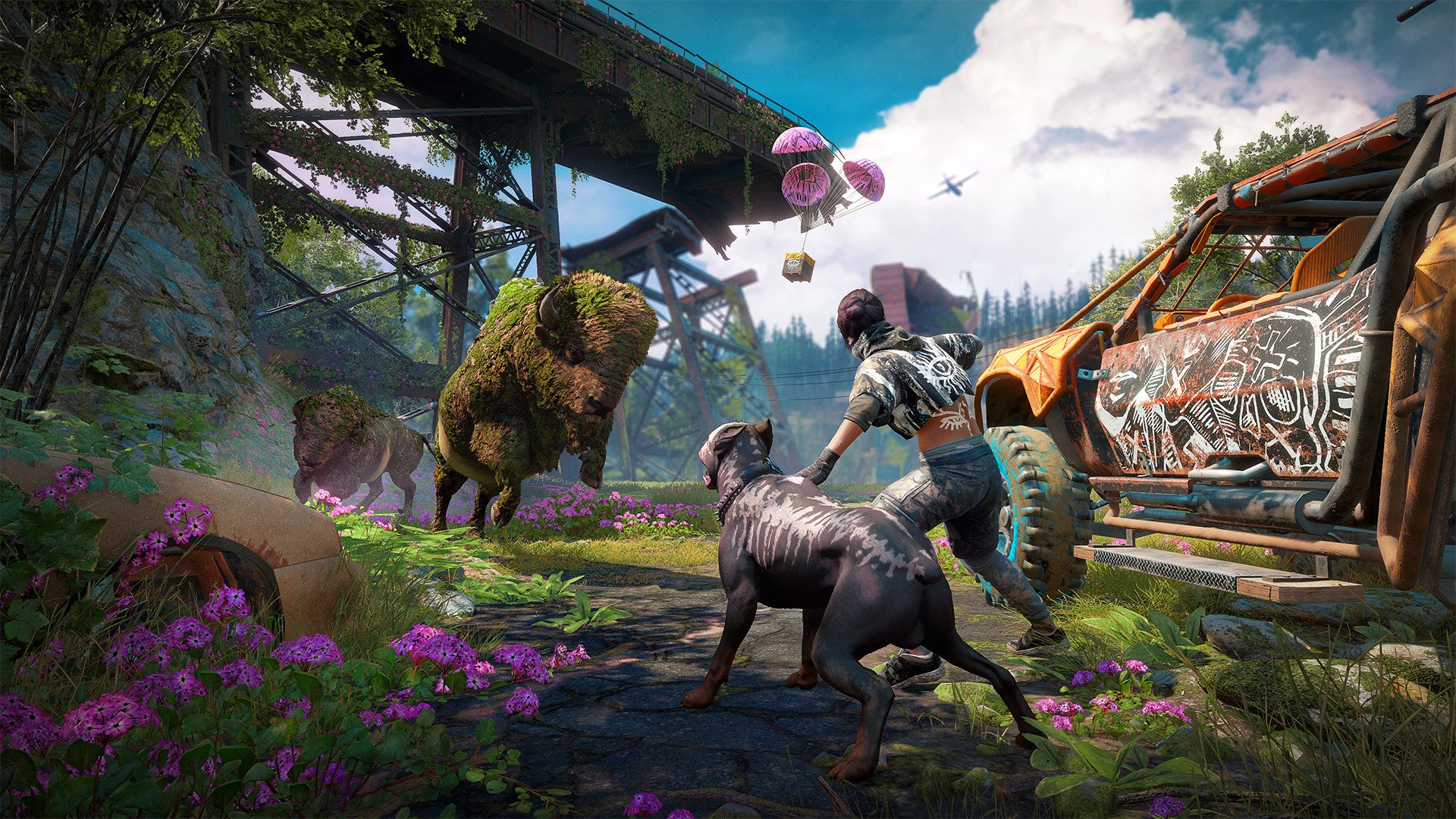 For most players, Far Cry New Dawn will not be their first taste of the series. While some of the systems and mechanics are like Far Cry 5 (and other Ubisoft games), enough has changed to throw off even veteran players. After completing the game and tracking down all the collectibles, we’ve gathered up our best tips for efficiently playing Far Cry New Dawn.

You can always fast travel back to Prosperity, which is your home base. However, this is in the south of the map, meaning trips north without a helicopter can be time consuming. Liberate Outposts and hold them to use them as fast-travel points as you work through the main story. Once you unlock a helicopter, they aren’t necessary, but it’ll save you some long walks in the early going.

If you prefer to approach situations with stealth, Nana is one of the best Guns for Hire to use in the early game. She is a crack shot and will obliterate entire outposts without ever being detected. She can take out enemies from great distances or shoot drivers out of moving vehicles without destroying the ride. Her usefulness falls off as the enemies get tougher, but early on she’s the GOAT.

If you set a waypoint or track a quest, then jump onto the gun (or a passenger seat) of a vehicle, your Gun for Hire will drive to the location marked on the map. They aren’t particularly good drivers, but it gives you the opportunity to do some shooting along the way. The AI is a bit wonky when it comes to gap control, so don’t be shocked when your driver parks on top of an enemy vehicle.

Every outpost should have a hidden safe in it, although they are kind of boring and don’t offer any unique rewards. Expect to get between 15 and 20 Titanium from each one. To put that in perspective, you get in the area of 300 Titanium when you clear and Expedition, which works out to somewhere north of opening 15 safes. You need Titanium, so open them, just don’t expect to be impressed.

No matter how big the animal is, it can’t climb a ladder or up onto a roof. If you’re dealing with a nasty predator, just get to high ground and deal with attacking animals from there. If this isn’t possible, put an NPC (preferably not your Gun for Hire) between you and the beast. The animal will almost certainly go after the closest target, giving you time to escape or put some round into it.

Be it an animal or Highwaymen soldier, one of the most effective ways to kill tough enemies is with a Molotov. These things have a long burn time, and the damage is impressive. Throw one in a field to take out pretty much any animal, or a tough enemy that insists on being a bullet sponge. You can craft more Molotovs from your weapon wheel, so running out shouldn’t be a concern.

Watch out for enemies with helmets. Normally they will be level three foes. Even a headshot from an Elite sniper rifle won’t kill an enemy wearing a helmet. It will knock it off, but you’ll have to shoot them again, likely giving your target time to sound the alarm that you’re in the vicinity. Once you get an Elite sniper rifle, consider going for body shots if you want that one-shot kill.

Just like you and your allies, enemies can enter a downed state. During this time one of their pals will try and revive them. Use downed enemies as bait to pull other foes into your kill zone. When someone shows up to revive their buddy, shoot them. Don’t wait to long, though, as it doesn’t take enemies long to revive their fallen companions.

Guns for Hire with long-range or stealth weapons (bows and sniper rifles) will shoot targets you instruct them to take out from a distance. Guns for Hire with close-quarter weapons (assault rifles, shotguns, etc), will try and take out enemies quietly. This stays true if the enemy isn’t aware that you’re present. Once you’re spotted and engaged, NPCs will let loose all that they have.

As much as walking across the land can be boring in Far Cry New Dawn, it’s necessary at times. You’ll need to gather plants that can be used for crafting, and that is most easily done on foot. Consider taking long walks early in the game and building up a stash of resources, then opting for fast travel or helicopters as you approach end-game content.

That will do it for our tips and tricks. Be sure to visit our Far Cry New Dawn guides and walkthrough hub, where we’re collecting all the content we’ve written about this game, including collectibles and how some of the more complex systems work.