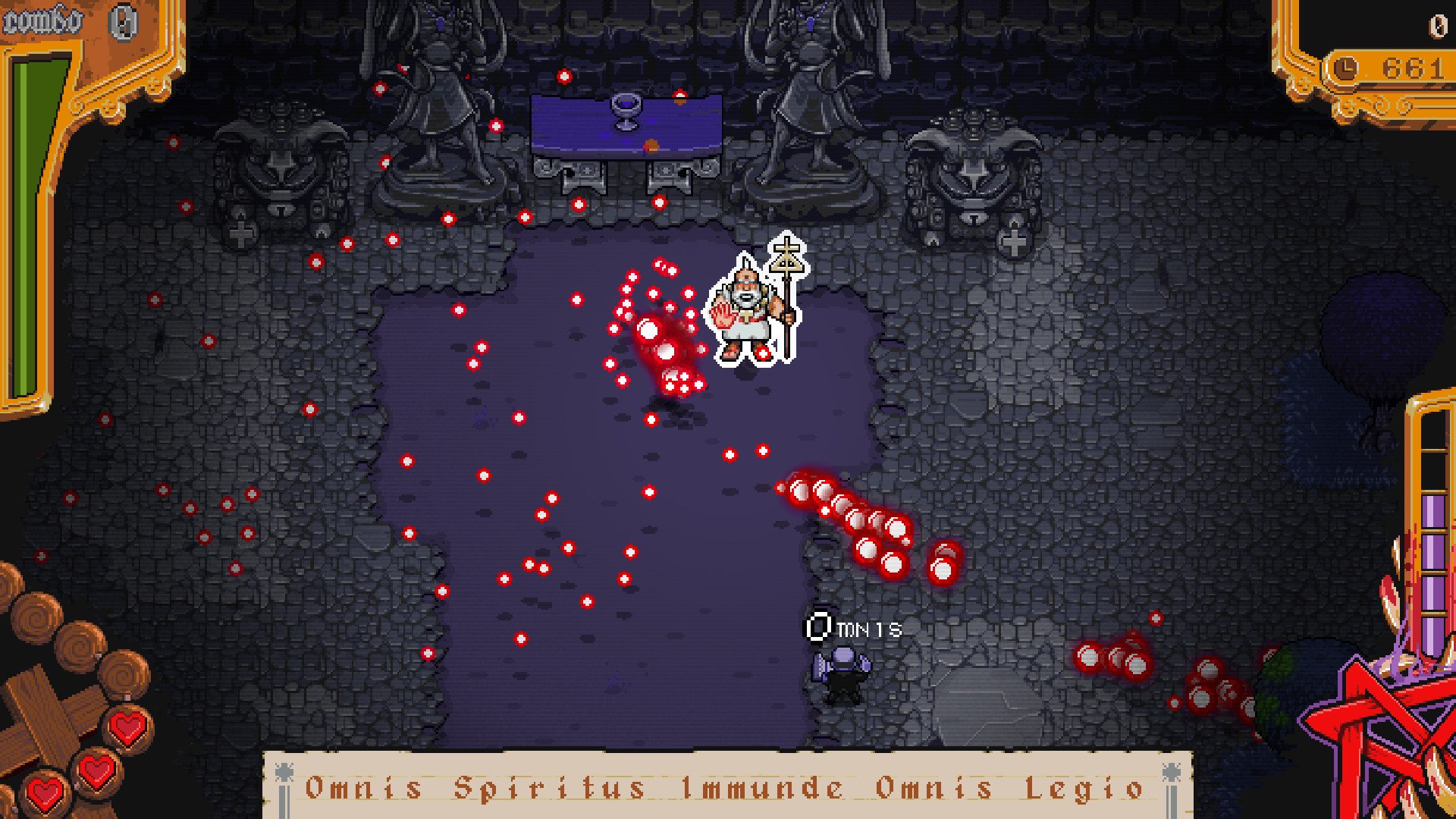 Free trials might be unheard-of in most aspects of consumer culture, but in the lovely world of video games, it's par for the course. The teams at Headup and Morbidware have been gearing up to launch The Textorcist: The Story of Ray Bibbia, a bullet-hell title that tasks players with exorcising demons using quick movements and their ability to type. It's an unusual blend of elements, but players can see if it's right for them with a free public demo that has been made available ahead of the game's formal release later in the week.

What exactly is The Textorcist all about? Here's a nice summary of the game as provided via press release, plus a teaser trailer to give players a sense of the game's colorful retro-styled aesthetic.

"Get ready for an electrifying mix between a bullet game and a typing hell! Dodge bullets while typing exorcisms and jump into the adventure of Ray Bibbia, a private exorcist who's going to face the threats of a demonic outbreak and deal with his sinful past at the same time! A city in decay, streets filled with thugs and only one man to stop it all. Groundbreaking gameplay, exorcists, demons, the Pope and tons of hardcore action-filled boss battles for the first type em up game ever realized."

Beyond the free demo, the full version of The Textorcist will offer a large number of levels including 10 boss fights, plus an original soundtrack composed by Gost and the option to share high scores through online leaderboards.

The Textorcist: The Story of Ray Bibbia releases for PC via Steam and GOG on February 14. The free demo can be found linked through the official Steam page for The Textorcist. Keep on top of this release and many other fresh launches aside by checking out Shacknews' 2019 video game release date schedule.