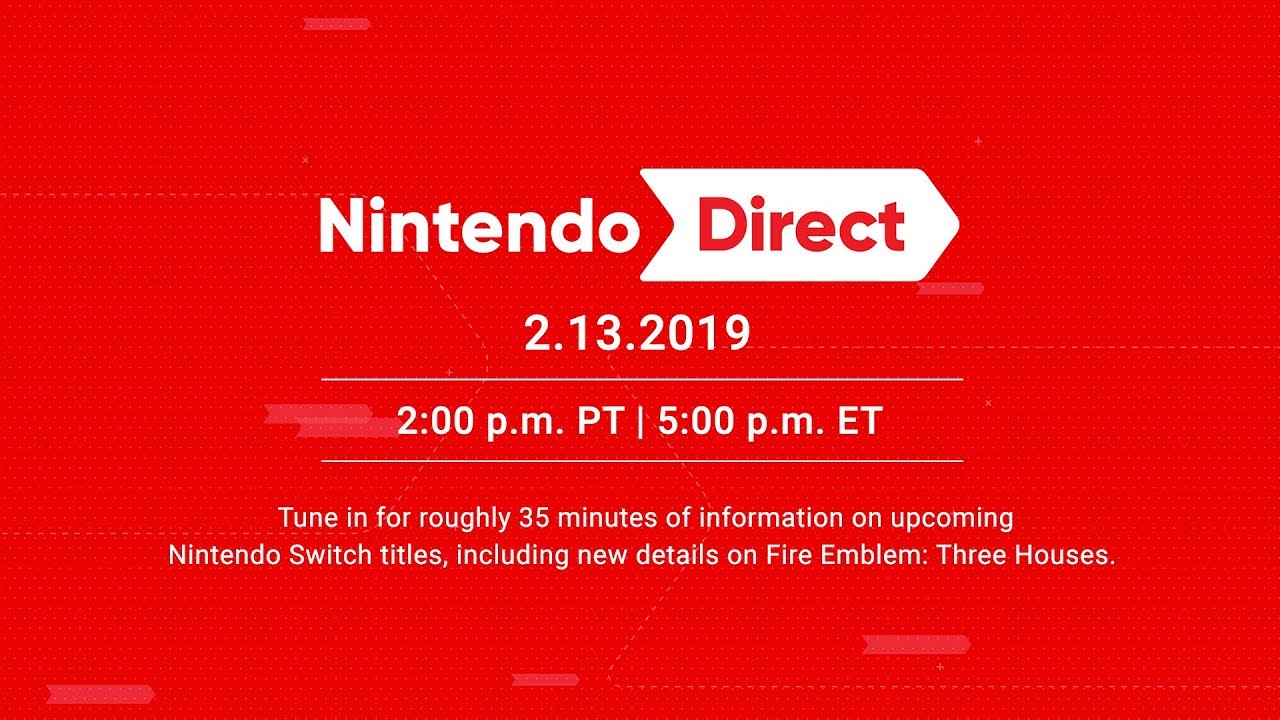 Nintendo has taken to Twitter to confirm a new Nintendo Direct scheduled for February 13.

The Nintendo Direct will be taking place at 2 pm PT and will last for 35 minutes, showcasing a variety of Nintendo Switch titles, as well as "new details" on Fire Emblem: Three Houses, which was originally announced at E3 2018.

We've only seen a smattering of bits and pieces of the upcoming Fire Emblem game since learning of its existence, and we're still unsure when the game is even scheduled to debut. We were previously given a vague date of "Spring 2019," which is actually quite soon – so a concrete day would be appreciated.

So a release date or a little more on what we can expect from the upcoming entry in the Fire Emblem series will be delivered during the game's segment. It will be the first Nintendo Switch Fire Emblem mainline game, so we can't wait to see what it has to offer.

There aren't currently any additional details on what to expect from the Nintendo Direct otherwise, but given that there are plenty of new titles coming to the system on the horizon, there are a lot of games to choose from to expand upon.

You can watch the broadcast on Shacknews tomorrow when the presentation goes down via YouTube. Make sure to bookmark the video and keep it locked on Shacknews for additional details regarding everything Nintendo announces. What are we hoping to see? Details on Yoshi's Crafted World, Sayonara Wild Hearts, or one of the many other upcoming Switch releases would be great, but we'll have to wait and see what's coming down the pipeline.

What are your predictions for what the Nintendo Direct will bring? And what are you hoping to see come to the console? Let us know!