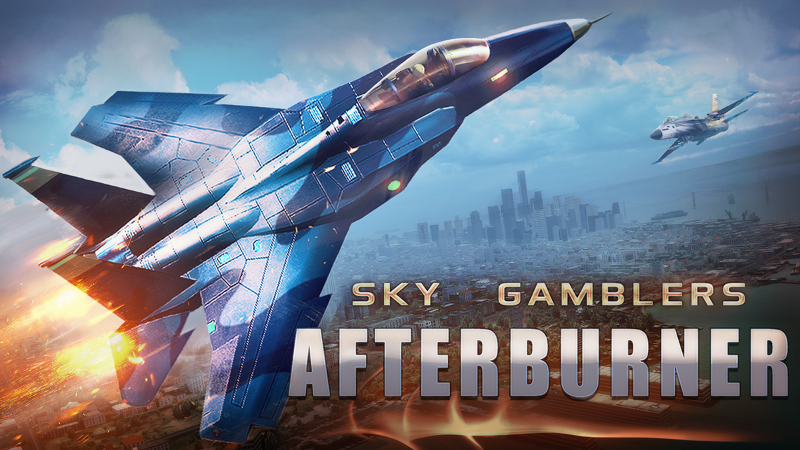 Looking for a decent analogue to the Ace Combat series, but want to be able to take the game with you when you leave the house? Atypical Games' Sky Gamblers series might be just what the doctor ordered.

Jet fighter simulator Sky Gamblers: Afterburner is available now on Nintendo Switch. It's the latest installment in the long-running series, and features realistic air combat with real-world locations. You can engage in single and multiplayer game modes, all on the Switch for you to play anywhere. Atypical Games drew upon its 10 years of experience creating handheld flight simulators to bring this particular entry to fruition, and it looks very interesting as a result.

While you can play the game via handheld mode, you can use the Joy-Con controllers, Pro Controller, or Motion Controls depending on what works best for you. There are also over 30 different contemporary and futuristic planes. You can even create your own aircraft if you so choose, or stick to more realistic crafts already available in-game.

Zip all the way around the world and explore locations like Rio do Janeiro, San Francisco, Hawaii, and more. The story follows your typical "treason and bravery" song and dance like that seen in Ace Combat, but there are far more reasons to jump in beyond that: there are Team Deathmatch, Free For All, Defend the Base, Capture the Flag, Last Man Standing, Survival, and more multiplayer options available.

The game is available only as a digital version now for $19.99, so if you're looking for a cheap addition to your collection of Nintendo Switch titles, it's not going to break the bank. If you're itching to take to the skies, this looks like a great option. Just make sure you don't get lost out there in the clouds or something.