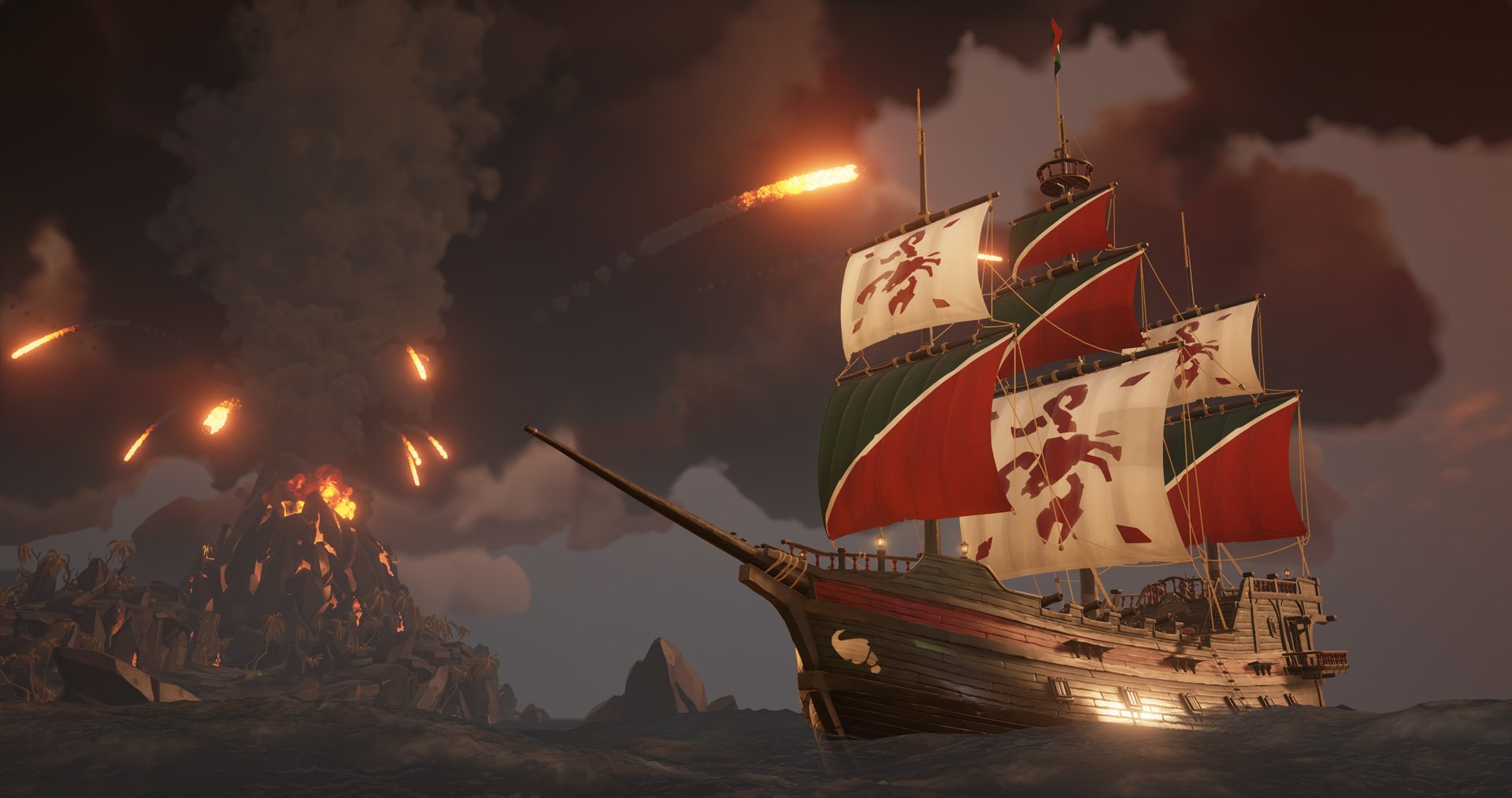 Players who were relying too heavily on quick-swapping between weapons in Sea of Thieves are in for a rude surprise once update 1.4.3 finishes downloading. Rare has been commenting for a while that firing two bullets in such close succession is not in the spirit of their design and has taken steps to curb that particular crutch.

Though the strategy of using two weapons has been around since release, it was popular streamer Summit1G who brought a spotlight onto the move. Players could effectively fire two shots (a killing blow in Sea of Thieves) within a few frames, rendering all other types of combat useless. The fix sees new animations being applied to the three weapon types when drawn, slowing down the time-to-kill, but still allowing those with a steady hand to finish off others quickly.

Only time will tell how the community will react to this change, though initial feedback on the Sea of Thieves subreddit is that of positivity. The changes to weaponry don’t end there, in an attempt to increase the amount of sword battles on ships, Rare has also addressed how the cutlass behaves.

A player that misses a hit with the cutlass will no longer be subjected to a lengthy reset animation. This little change should result in faster sword play. Both this buff and the two gun nerf should see players getting up close and personal more often.

There are some other tweaks to weapons that will see players relearning how to handle combat. The Eye of Reach has had a reduction in damage but its projectile speed has been increased and the reload animation finishes sooner.

Update 1.4.3 also includes the recently announced Friends Play Free update. Anyone with a copy of Sea of Thieves, whether digital, physical or through Game Pass, can sign up to receive three codes for the full game. These codes are good for one week starting today, so now’s the time to get in those friends who weren’t able to get their sea legs.

New players will also be receiving a tutorial-like quest upon loading into Sea of Thieves for the first time. Before leaving the Outpost, they will be guided through a series of activities and will be rewarded for their efforts. This will no doubt help players who feel a bit lost.

To supplement this event, a new type of voyage will be purchasable from Duke. This voyage is designed to give new players a taste of everything on offer in Sea of Thieves. Any player who participates in said event will be able to unlock some time-limited Mercenary cosmetics for the ship.

Probably the biggest thing to come with this patch is the update itself. Rare has managed to repackage the entire game at a smaller size, taking up less hard drive space for players on PC and Xbox. The downside is that it requires players redownload Sea of Thieves again, albeit at a reduced size:

The world of Sea of Thieves and the ships in it have also undergone some changes. The Sloop, Brigantine, and Galleon all have cutouts at the bow of the ship where room has been made for something new. What this space is going to be used for is anyone’s guess, we could be seeing some kind of mounted offensive device, like a harpoon zipline gun or it could be the perfect fishing spot.

Below the deck players will also note stoves and roasting pans. While these are currently inactive, we could be seeing cooking and recipe creation coming to Sea of Thieves in the next big update.

Finally, a new skeleton fort is being constructed in the Devil’s Roar. This fort is currently inactive, so it’s something to look forward to in future content drops. You can read the full patch notes over on the Sea of Thieves website. In the meantime, be sure to check out the Shacknews Sea of Thieves guide and walkthrough for more helpful articles.