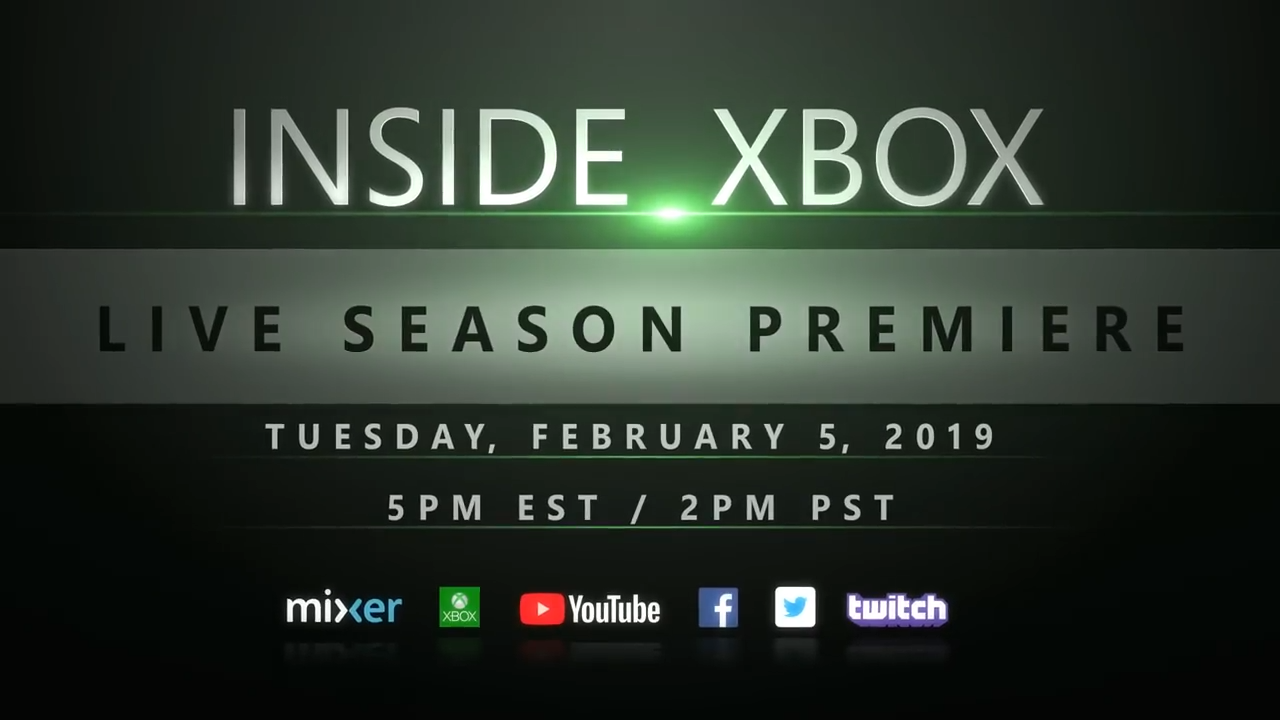 Ready for a heaping helping of awesome Xbox news? Make sure you come back to Shacknews around 5 PM ET this afternoon for Inside Xbox and its first new episode of 2019.

The show will include some new looks at the upcoming Crackdown 3, which is coming out around the corner on February 15, as Creative Director Joseph Staten comes on the show to chat about the game's campaign mode and other cool stuff.

There's also a series of reveals scheduled for the show in the form of new information for Mortal Kombat 11, The Division 2, Sea of Thieves, Astronomer, Journey to the Savage Planet, Jump Force, Metro Exodus, and Xbox Game Pass. There may be a few other surprises thrown in for good measure as well, but you'll have to stick around and see.

The Shacknews crew will be gleefully pumping out news as it happens so you can stay on top of things, but you'll definitely still want to keep an eye out for all the developments on stream anyway. Sounds like it's going to be a pretty good time if the Xbox Wire news blog is any indication. If you're curious, you can check out the announcement of the new Xbox Wire episode in its entirety there.

Aside from watching the show here at Shacknews when it airs, you have plenty of options. It'll go live on Mixer, Twitch, YouTube, Facebook, and Twitter. As far as what kind of announcements will happen during the stream, do you have any predictions beyond what's already been revealed? We predict plenty of Xbox-centric things, of course, but that's just us being sarcastic.

Be sure to come back this evening to check out the festivities here at 5 PM ET. We'll all be here waiting for you – except Kevin. He's out having fun elsewhere right now. Lucky dog!