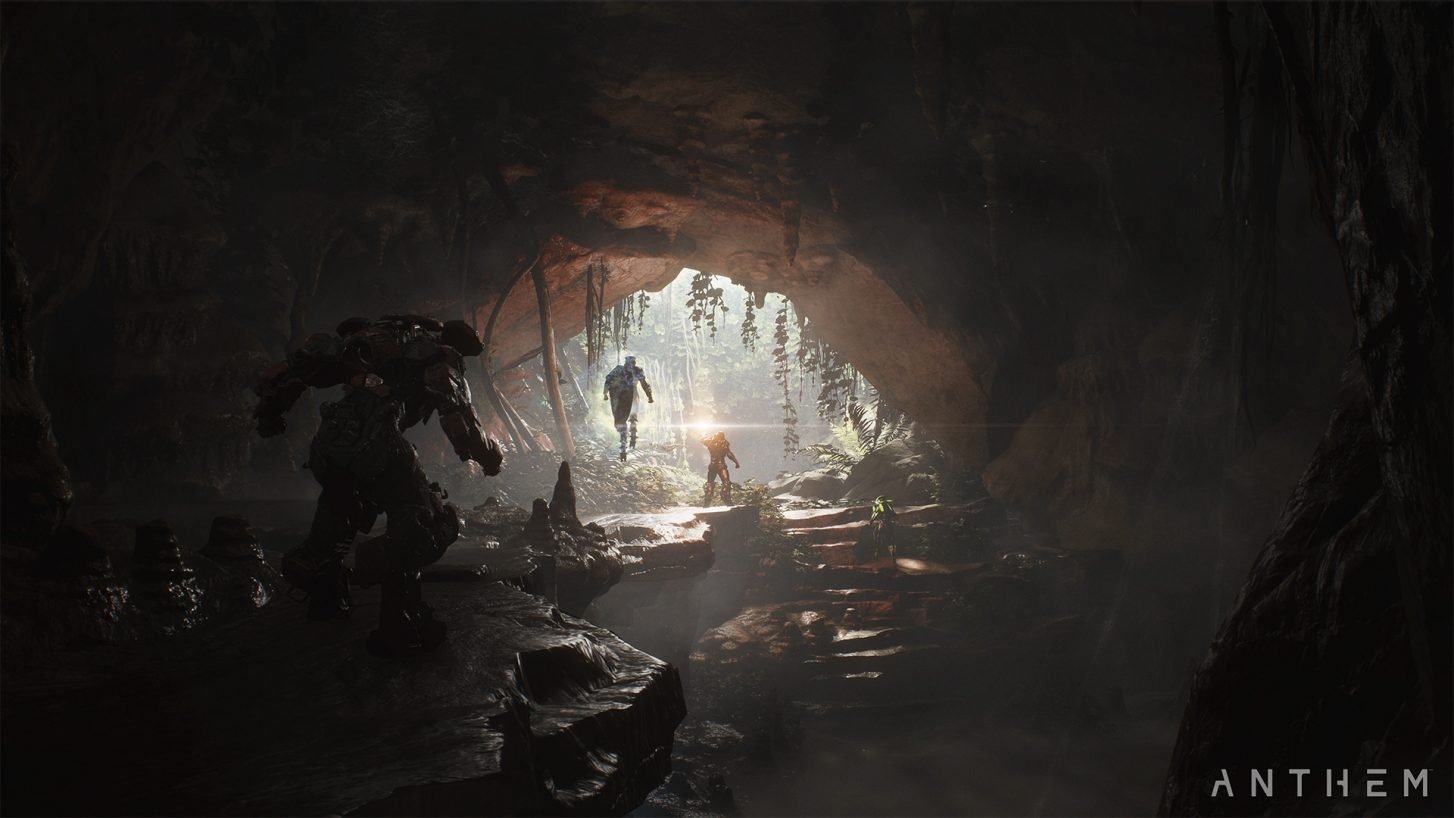 Anthem: hands-on with the end game

With the Anthem demo releasing this weekend, there might be some questions regarding what the game will feature beyond this small taste of BioWare's upcoming open-world shooter. Last week, Shacknews had a chance to go hands-on with the early moments of the game. For today, we take a quick peek at what some of Anthem's end game missions will look like.

Gathering with a party during last week's press gathering at EA, video jerk Greg Burke and I ventured into one of Anthem's late game Stronghold missions. Strongholds are raid-style battles meant for higher-level parties, not something for the weak of heart. However, our Javelins proved quite capable of handling the Tyrant Mine mission.

The first thing to note is that while our first hands-on offered a taste of what the Javelin could do, it's once the end game kicks in that these mech suits begin to reach their full potential as war machines. While much of this Stronghold mission threw dozens upon dozens of enemies towards us, the souped-up Javelins had more than enough firepower to sustain themselves.

It's not just the heavy weapons, either. The Javelin powers are improved to the point that waves of enemies can be dispatched easily. The Colossus, for example, has a sickeningly powerful flamethrower that can act as crowd control and also wipe out entire groups in a single blast. Meanwhile, the Storm has nearly perfected its elemental powers, able to throw highly-powerful fire blasts from a distance and crush enemies with an Ultimate that throws down powerful lightning bolts, like something out of Greek myth.

The Tyrant Mine mission offered an idea of how Strongholds will be laid out. The main objective here involved finding the source of an insect outbreak, leading to an investigation of an abandoned mine. Exploring the mine involved excavating its vast interior, while following clues that take the party through an underwater stretch, as well as up elevated portions of the shaft. Javelin flight and movement remains a key element, as it does throughout the game.

After emerging from the underground cave, the biggest challenge of the Tyrant Mine emerges in the form of a giant spider called the Swarm Tyrant. The Swarm Tyrant turns out to be the source of hundreds of insect eggs and those eggs become a major part of the battle. Not only do parties need to content with the Swarm Tyrant itself, but they also need to keep track of the hatching eggs and the soldiers and workers that emerge. It's easy to get surrounded and overwhelmed if parties aren't paying attention.

The Swarm Tyrant ultimately fell, with the mission feeling a little too easy. After all, with the Javelins feeling godlike, even the biggest of spiders don't appear to be a match. The higher difficulties promise a much greater challenge, with enemies showing up in even bigger numbers and better able to withstand the Javelins' heavy firepower.

While the party earned well over 2,000 XP each for the successful mission, it remains to be seen how rewarding the end game will feel. Epic items dropped frequently from downed enemies, but it's difficult to get a sense of whether the end game rewards will feel worth the time and effort.

For now, there's time to get a sense of what the core Anthem experience is about with this weekend's open demo. Anthem is free to try from now through Sunday, February 3. The full game is set to release on PC, PlayStation 4, and Xbox One on February 22. For more on Anthem, be sure to check out our impressions of the early game.