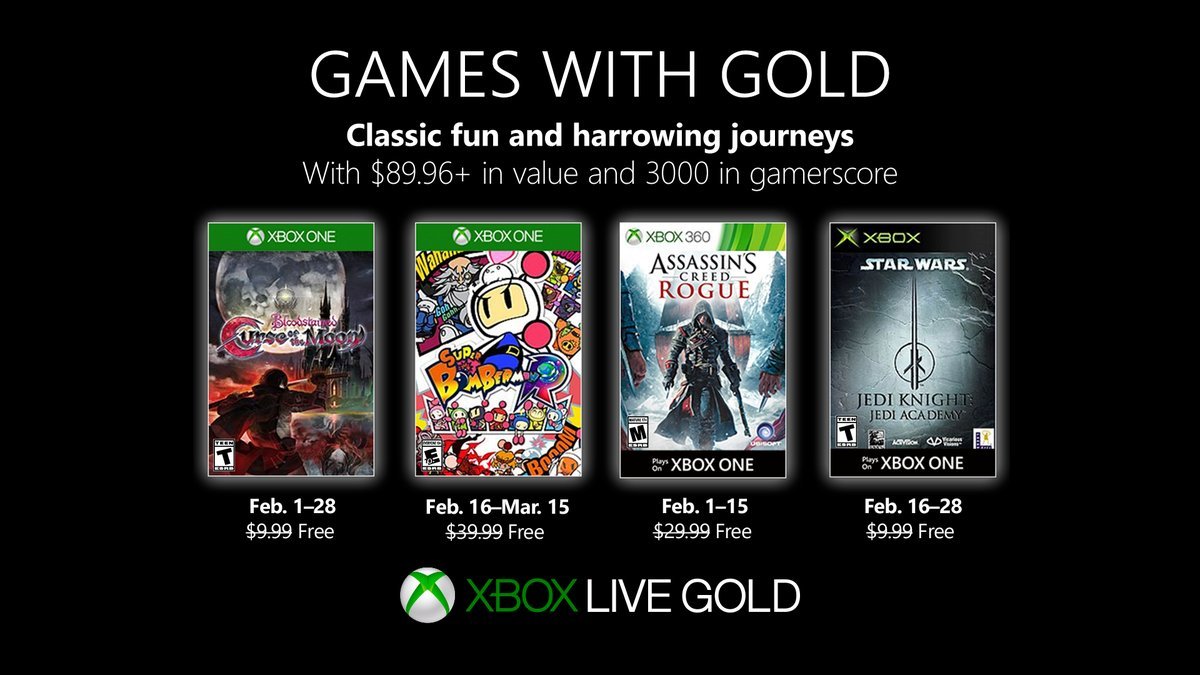 Looking for more games to add to your ever-growing Xbox collection? February's Games with Gold have been announced, and here's what you can look forward to.

Xbox 360 owners can download Assassin's Creed Rogue from February 1 through February 15, and then Star Wars Jedi Knight: Jedi Academy from February 16 through February 28. Both can be played on Xbox One by way of backward compatibility, so don't feel left out just because you don't want to drag your Xbox 360 out of storage. You can still get in on the fun, and Jedi Academy is definitely a game you won't want to miss if you haven't played it already.

You'll get to keep these games in your collection as long as you're an Xbox Live Gold member, just like with PlayStation Plus games when you decide to download them. There are additional details on Major Nelson's official blog, which you can check out each month to see what all the new Games with Gold will be. There's always a lot to choose from.

Previously, January's Games with Gold included Celeste, WRC 6 FIA World Rally Championship, Lara Croft: Guardian of Light, and Far Cry 2. As far as what's coming up for March, you'll have to keep it locked here to Shacknews to find out when that time comes around the end of February. Which games will you be adding to your stores of Xbox titles? Let us know which you're planning on playing in the comments below.