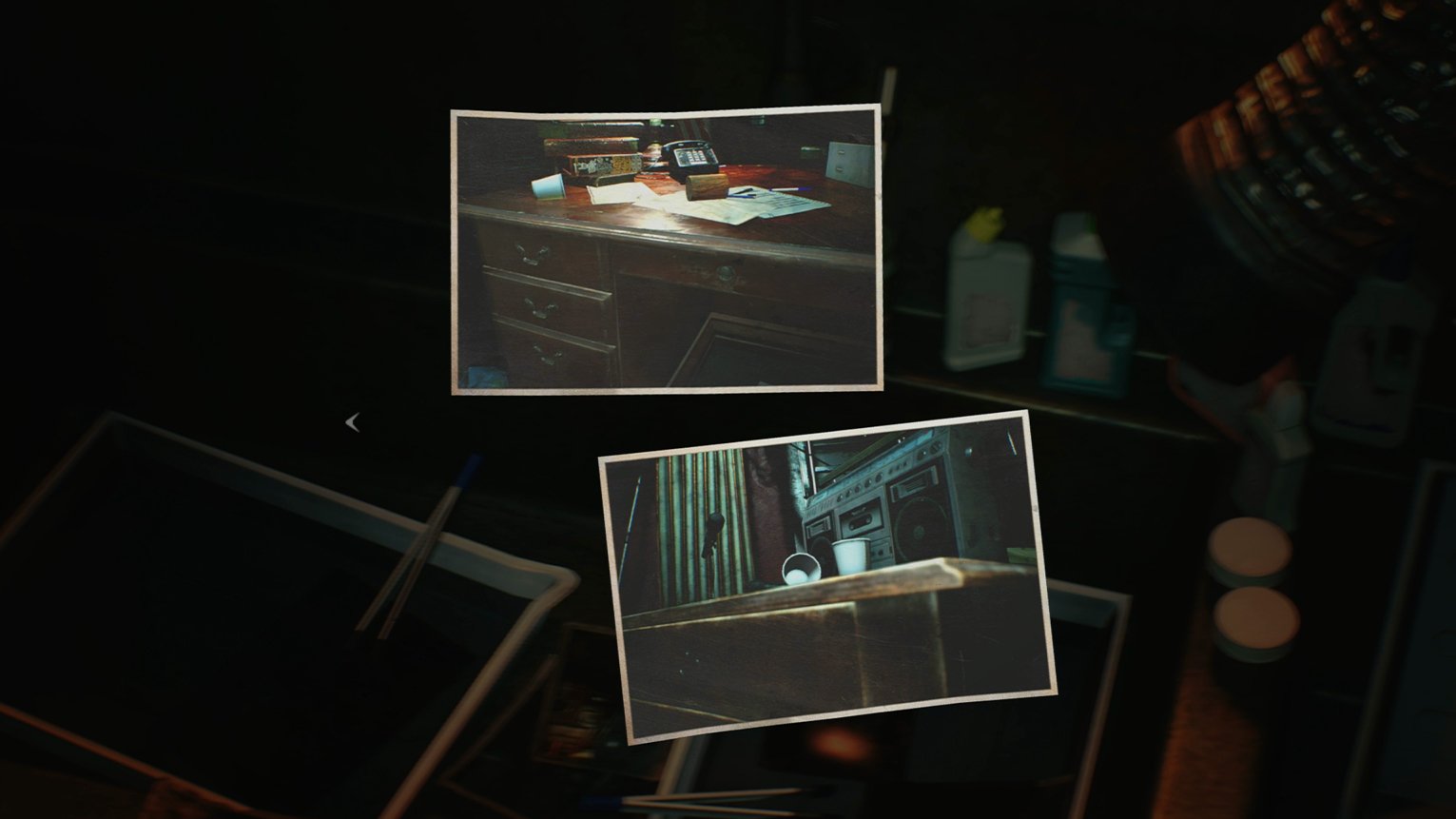 For the most part, the photographs that are developed in Resident Evil 2 are easy to decipher, except for two that are simply labelled “Hiding place”. Finding the location of these two hiding places can be a time-consuming process, so skip the nonsense and get straight to getting your rewards.

The roll of film labelled “Hiding Place” is found in the Workroom on the Upper level of the Sewers. This area is only accessible after acquiring the T-bar to open the gate preventing access to the elevator. Collect the Hiding Place film and head back to the room below the goddess statue. To reach this room, enter the Workers' Break Room and push the lockers aside to find a secret path with an elevator. Take the elevator up to reach the area where a weapon upgrade is locked in a cabinent. Go up the stairs and into the octagonal room where the T-bar can be used to open the door leading back into the police station.

After the film is developed, the two hiding places will be available. Even though players might know where the hiding places area, they must still develop the film for them to be accessible.

The first hiding place shown in the photograph is in the S.T.A.R.S. Office. Enter the office and then go into the side room, there will be a prompt on the drawers. Open the drawers to find a wooden box which contains the Red Dot Sight for the Lightning Hawk or the High-Capacity Mag for the MQ 11. These are two of the weapon upgrades available in Resident Evil 2, and worth collecting to unlock all the records. Be sure to interact with the drawer a second time to find another secret item squirreled away in the back.

The second hiding place (the bottom picture) can be found in the Press Room in the police station. Access the Press Room and approach the table in the back left corner. This drawer contains some ammunition, though the ammo type changes depending whether it is Leon or Claire’s story.

Finding all the hiding places unlocks an Achievement or Trophy, plus it’s useful in acquiring all lore and weapon upgrades. Head over to the Shacknews Resident Evil 2 guide for more walkthroughs and other resources.