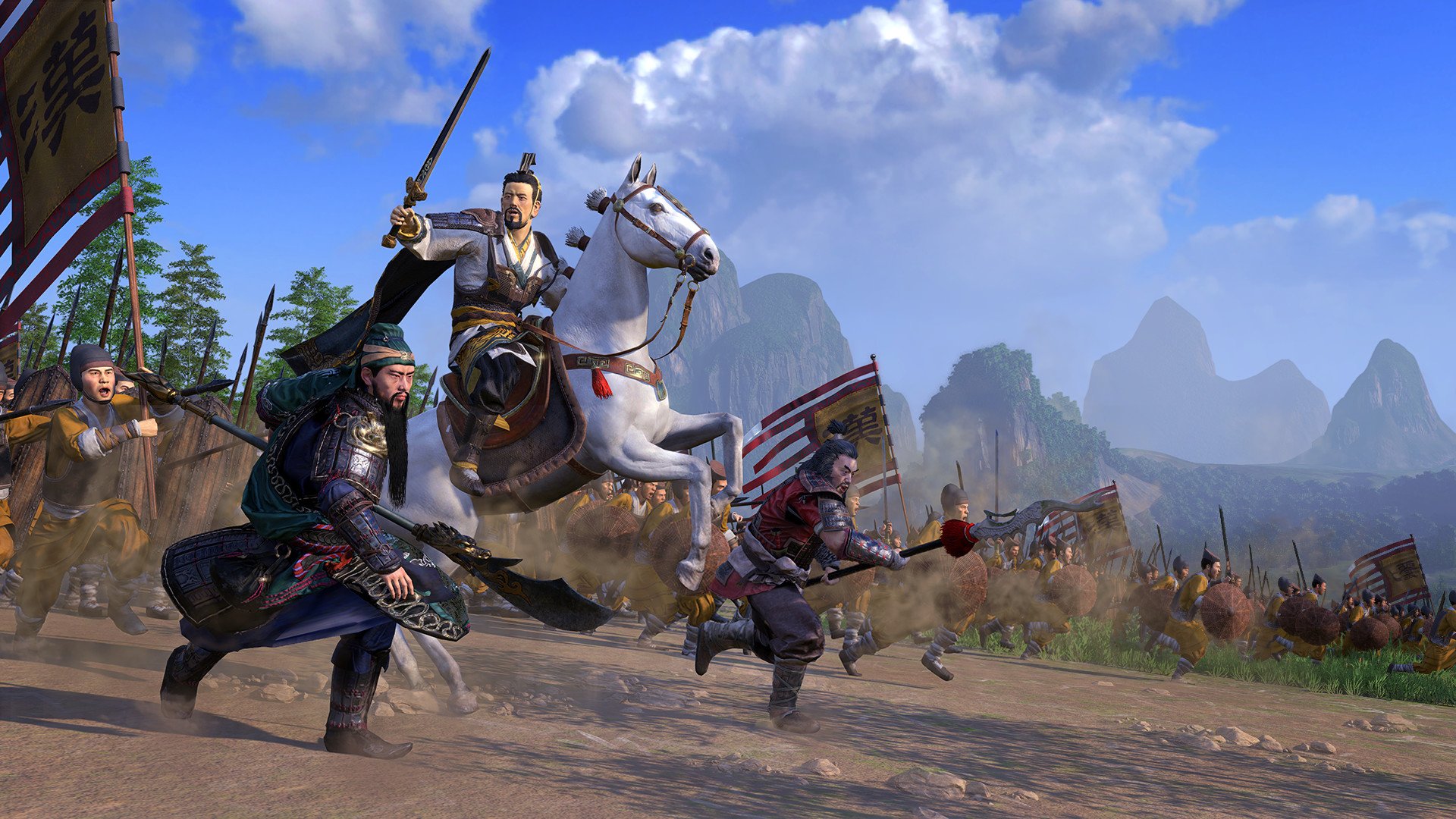 Shacknews recently got to spend an abundance of time with Sega and Creative Assembly's upcoming Total War: Three Kingdoms, and we've got plenty of exciting footage to share with you as a result.

Out of the massive amount of content in-game, we were able to snag looks at the game's combat, campaign, and world map. We've got a heaping helping of exciting gameplay showcasing each aspect that can be found below, so make sure you stick around and check it all out ahead of the game's release this March.

This particular clip shows off some of the game's campaign gameplay, exploring a sweeping cut scene and how the story will play out. You can choose from a cast of 11 legendary warlords while working to conquer the realm, recruiting various heroic characters to help you in you cause and totally ending your enemies in terms of military, technological, political, and economic fronts. It's up to you to decide whether to forge alliances, which friendships to build, or whether you want to wreak havoc with treacherous acts and betrayals. The turn-based campaign and real-time battles have more important and pressing consequences than before, and now your relationships with other soldiers and characters will matter more than ever.

Combat, like that of the other Total War games, will be a strategic affair, as you can see laid out in this particular gameplay segment. If you're unfamiliar with the Total War series, know that it's slow and methodical, and you won't be able to just rush into every situation with enough troops to slaughter the others. You'll have to think long and hard about how you want to approach even the smallest of skirmishes.

We also got a chance to take a look at the massive world map, and how you'd be able to go about exploring it as the game wore on, which you can check out below.

Total War: Three Kingdoms is due out on PC on March 7, 2019. For more great videos including developer interviews and games industry convention coverage, be sure to follow Shacknews and GamerHub.tv over on YouTube.