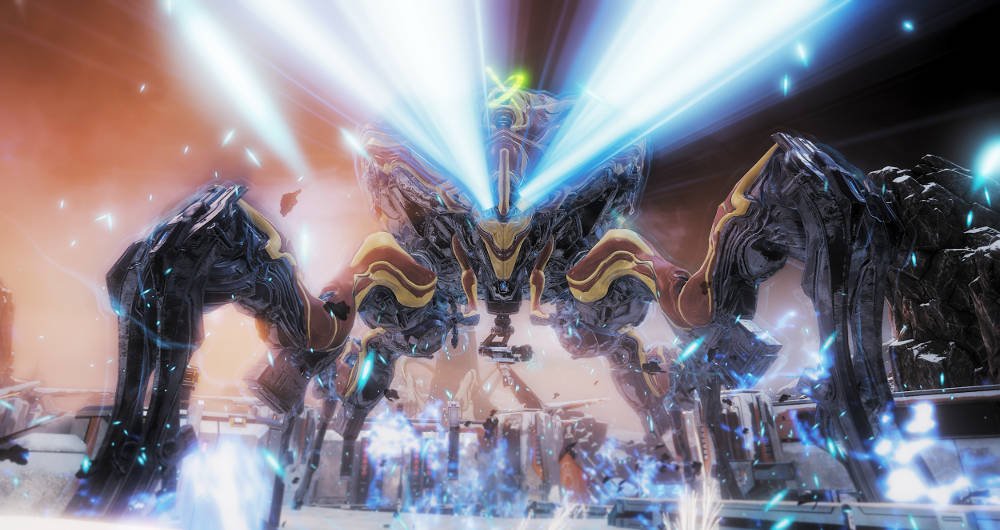 Warframe Fortuna: The Profit-Taker hits Xbox One and PS4 tomorrow

The latest Warframe update is a free addition to the game and its Fortuna storyline, and follows a storyline involving the greedy profiteer Nef Anyo. Players looking to topple his empire will have to take on the enormous mechanical side boss, the Profit-Taker. Before that, however, thy'll have to pick up some of the biggest guns available for Warfames in order to kill off the Profit-Taker with strategy and brute force. You can earn and then utilize the new Warframe Baruuk to do so, discover a set of new animal species new to the DLC, and then collect tons of new items, including weapons and customization goodies.

The Warframe Baruuk is typically a pacifist in the world of Warfare, but when pushed to the edge, it can do some serious damage. It has abilities like Lull, which creates a calming wave that puts enemies to sleep, or Subdue, which summons daggers that seek out enemy guns and destroys them. Finally, Serene Storm lets Baruuk deliver some impressive radial strikes while commanding a desert storm for maximum damage that also raises his Restraint level.

If that all sounds like a plan but you've never played Warframe before, check out our 2017 award for the game where we named it the Most Improved Game of 2017. It's come a long way since launch, and it's certainly a good time for all now that it's been outfitted with so many cool new bells and whistles that you've gotta see. Fortuna: The Profit-Taker will arrive for PlayStation 4 and Xbox One for free tomorrow on Tuesday, January 29.