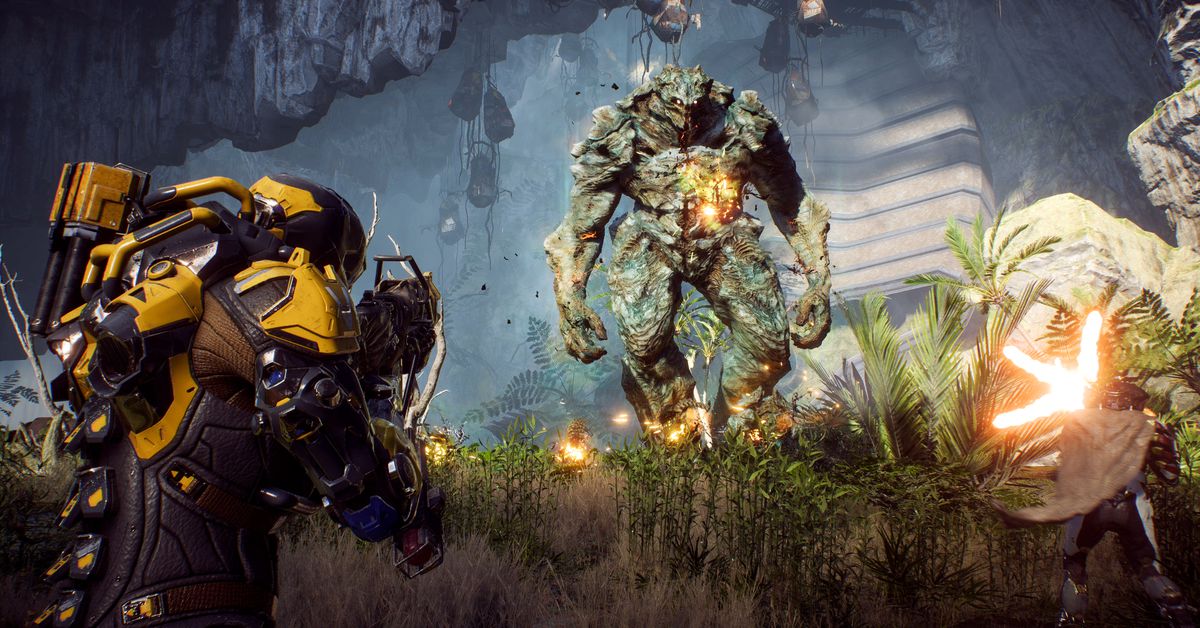 Ready to get your hands on Anthem, BioWare's newest IP and action-oriented multiplayer game? We were too, so we went out and grabbed some awesome hands-on footage, just for you.

If you missed it, make sure you check out our time with Anthem in a preview by our own Ozzie Mejia, who summed up his experience as such:

"Anthem comes across as a game that can have a long shelf life, as long as BioWare offers up plenty to do beyond the story missions. But what was available was greatly satisfying. While I went into the demo feeling skeptical about Anthem as a whole, I walked away pleased with the Javelin and its general design. The flight mechanics alone feel like one of the most encouraging aspects of the game and make this stand out from anything BioWare's done in the past."

But that's not all. We've got plenty of video to share as well. Shacknews also had the opportunity to test out some of Anthem's Ranger class in the game's story mode, which featured some fast-paced firefights and clashes with enemies. It's difficult not to draw some comparisons to Destiny when you see the game in action, of course, but the jetpacks do look pretty sweet. There's a good deal of traversal you can take on throughout the environment thanks to said jetpacks, so that makes for interesting exploration moments. You can see it yourself in the clip below.

We had a look at the Ranger gameplay from Anthem's story mode as well, another option you have at your disposal. There's plenty of combat footage to take in as well as a few clips of story as well, if you can't wait to see that unfold while playing.

If you're curious about how the Ranger might look as Iron Man, well, you know we've got you covered there.

Interested in trying out the Interceptor class Javelin? The agile suit is introduced in this clip featuring exclusive Interceptor gameplay, where you get to see this particular character type slice and dice through the competition while flitting through the air. Looks pretty fun, actually.

Here's a fun take on Interceptor armor that we fashioned to look like prototype Iron Man armor with the game's expansive customization system.

If the Interceptor isn't your type, perhaps you'd like to try the Colossus, which features a lot heavier of a form factor than the other Javelin suits. It can be likened more to your Titan in Titanfall, in fact, and has some heavy artillery to go with its outward appearance.

For good measure, we made sure to get you footage of the Colossus Javelin suit all decked out as Hulkbuster armor, too. You're welcome.

We also scooped some awesome footage of the Storm Javelin, which comes packed with some intimidating lightning attacks and flight powers. Looks like it'll be a fun class to take on, though it also looks potentially the most Destiny-like, curiously enough.

Here's the Storm Javelin decked out in some Iron Man custom coloring.

Anthem will be touching down next month. It's set to arrive on PC, PlayStation 4, and Xbox One on February 22. For anyone who's pre-ordered, it'll be available sooner as well. VIP demo is set to take place this weekend, running from January 25-27. Those hoping to try the game out without pre-ordering, that chance arrives next week, with an Anthem demo open to all players set to take place February 1-3.

Make sure you stay caught up on all the newest release dates with our 2019 guide. For more in-depth convention coverage, including footage of new technology and interviews with top talents in the industry, be sure to stop by the Shacknews and GamerHub.tv channels over on YouTube.