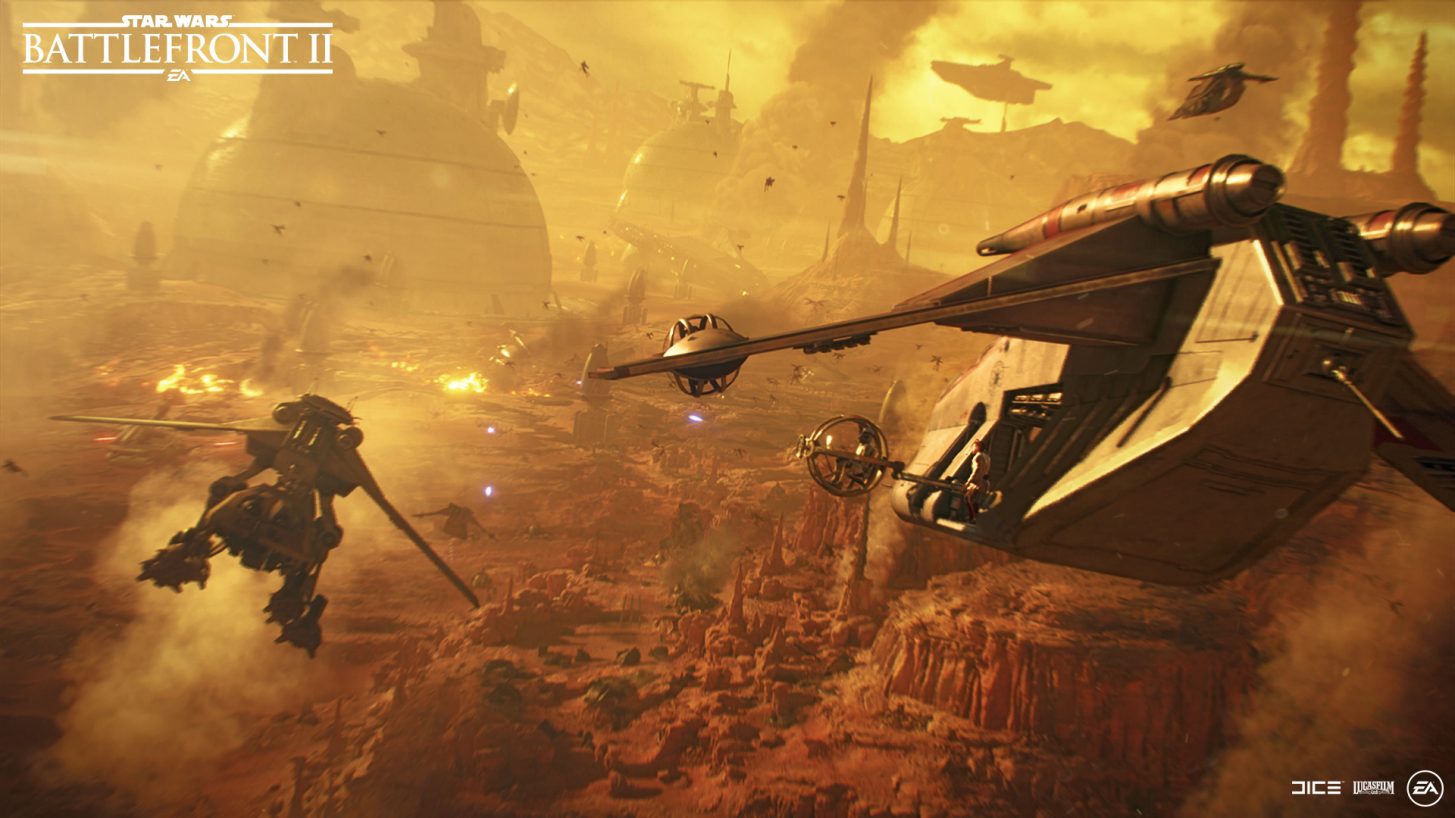 The ex-Jedi and Sith Lord Count Dooku is now available in Star Wars Battlefront 2 as of today's Darth Tyranus update.

If you're unfamiliar with Count Dooku, he's a character who previously turned his back on the Jedi as he craved additional power. As Darth Tyranus, he served the dark side and defeated Obi-Wan Kenobi and Anakin Skywalker with little trouble during the start of the Clone Wars. You may also remember that he totally got both of his hands cut off later on, because he acted like a weenie. He's a skilled fighter who uses a red lightsaber with a curved hilt, and he's bringing an elegant and tempered fighting style to the game.

For instance, he can deflect lightsabers using a wider blocking range, stun enemies with Lightning Stun, and use the Expose Weakness Ability to influence targets to slow them down and increase the damage they take from Dooku and other allies. The Duelist ability lets Dooku perform quick slashes with a hand behind his back, ratcheting up his damage output.

The same Star Wars Battlefront 2 update also includes Geonosis, a Clone Wars map, which was available in Galactic Assault last November, in Blast, Heroes vs. Villains, and Custom Arcade modes as of today. It's now playable in all of those game modes, just in case you had a hankering for diversifying your playing grinds.

Count Dooku is available in-game now, with his default Sith Lord outfit and brown cape. His Dark Ritual appearance will be added to the game to unlock on January 30. Another as-yet-unannounced appearance for Count Dooku is in the cards for later in February.

If you're interested in reading more about this update, check out the official Star Wars Battlefront 2 blog. Will you be checking out what Count Dooku can add to your game?