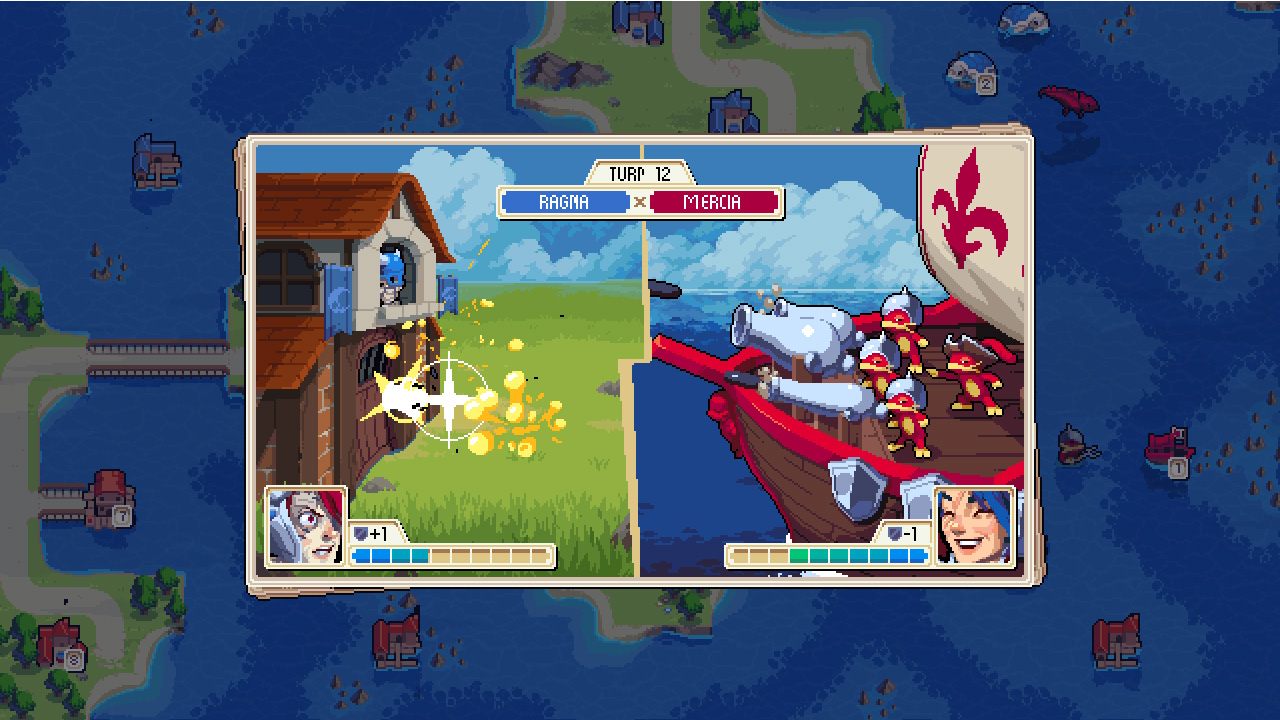 During a video highlighting a collection of new indie games coming to the Switch, Nintendo revealed the release date for one of the most anticipated titles coming from development studio Chucklefish. Wargroove is bringing its unique strategy gameplay to the Switch on February 1, 2019.

The "groove" part of Wargroove involves special abilities that the game's commanders can use on the battlefield. For example, Mercia can use her groove to heal units and Valder raises the dead in the form of a new unit. They are the heart of the experience and can fight alongside that army, but the battle is lost if a commander falls.

Wargroove is a turn-based strategy and features a campaign editor for players to shape their own scenarios for other Nintendo Switch players. You can craft story-driven missions with sub quests, hidden secrets, and change the way the game's rules work for even more unique scenarios. Here's a breakdown of what players can expect when Wargroove launches:

"Everyone at Chucklefish is truly humbled by the support we’ve received throughout the development of Wargroove, and the encouragement to keep going until we were truly happy with the game," the team said in a Chucklefish blog post celebrating the reveal of Wargroove's release date. "Wargroove is Chucklefish’s second in-house project and with the quality of its art, sound and technical achievements we’ve also seen our own progress as developers reflected in its outcome. We’ve come to realize that for a game to succeed it can’t be anything less than a labor of love. We hope Wargroove will challenge and delight you in equal measure."

Wargroove launches February 1, 2019, on the Nintendo Switch and pre-downloads are currently live for any that decide to pre-order the game. Stay tuned to Shacknews for additional updates.