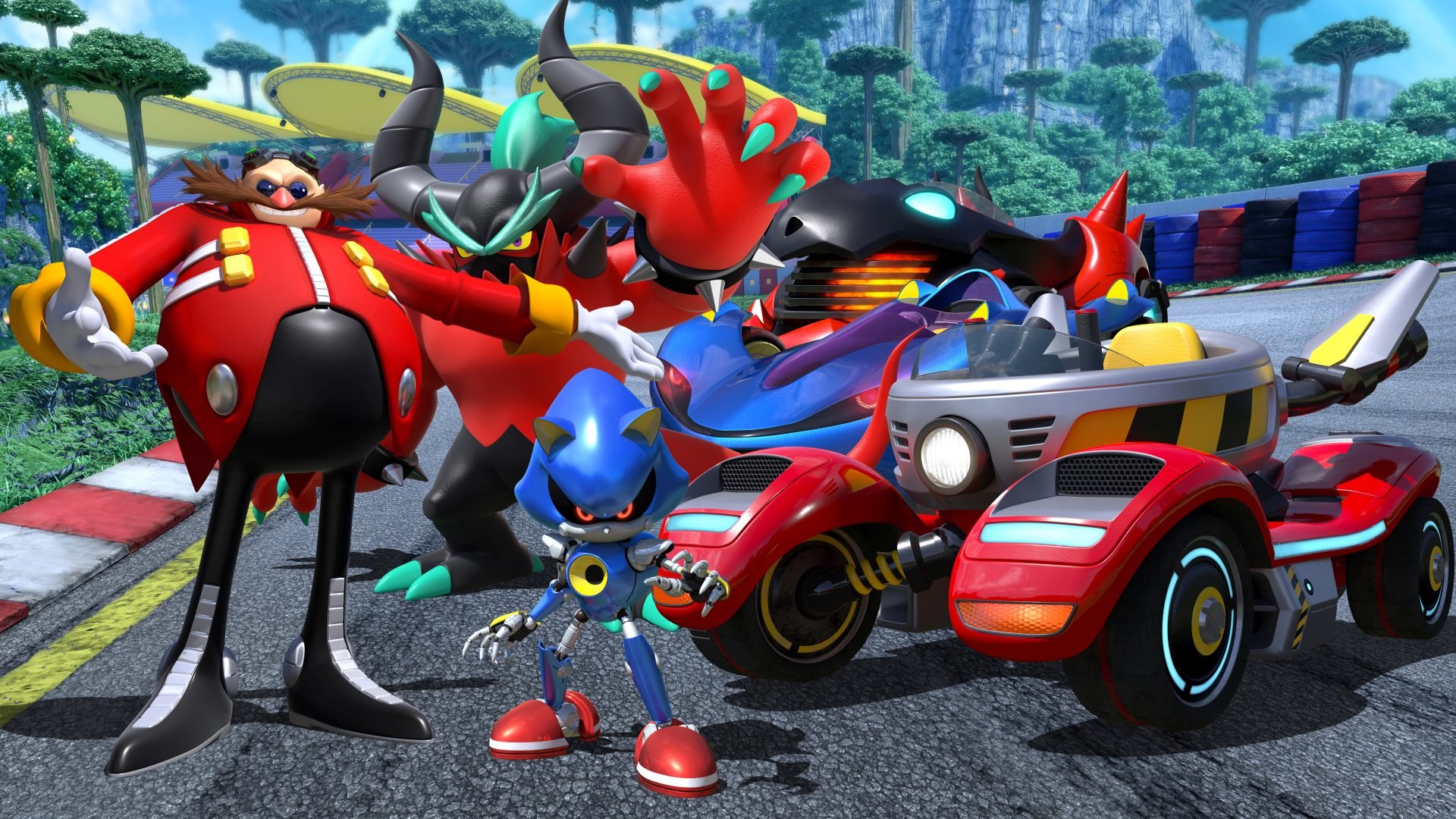 It's time to reveal the baddest team hitting the Team Sonic Racing tracks. Sega has been slowly revealing the roster for the revival of this racing series over time and, finally, we know who the Sonic series' legendary villain will be driving with. Team Eggman includes Dr. Ivo Robotnik himself, Metal Sonic, and Zavok and this is the final team for Team Sonic Racing's launch.

Robotnik is a Technique racer, Metal Sonic brings the Speed, and Zavok fills the role of Heavy in Team Eggman. Robotnik needs no introduction, but Metal Sonic is an Eggman creation that aims to violently solidify his place as the better hedgehog. Zavok is the demon-like leader of the Deadly Six and has a grudge again Sonic and crew that surely made him an attractive addition to Eggman's crew.

Team Sonic Racing isn't just a crossover event to be compared to Mario Kart and other similar racers. The development team is focusing on the "Team" part of the game's title with a handful of features that require players to work together with other players or their AI teammates to win races. Here's a breakdown of how Team Sonic Racing abilities function:

The teams up until this point include Team Sonic, Team Dark, Team Vector, and Team Rose. Team Eggman is the final crew coming to Team Sonic Racing at launch, but additional teams are likely planned if the game does well enough. Here's the full roster as it stands:

Team Sonic Racing launches May 21, 2019, on PC, PS4, Xbox One, and Nintendo Switch. The PC release will be digital only and preorders are available on the official Team Sonic Racing website. Stay tuned to Shacknews for additional updates.