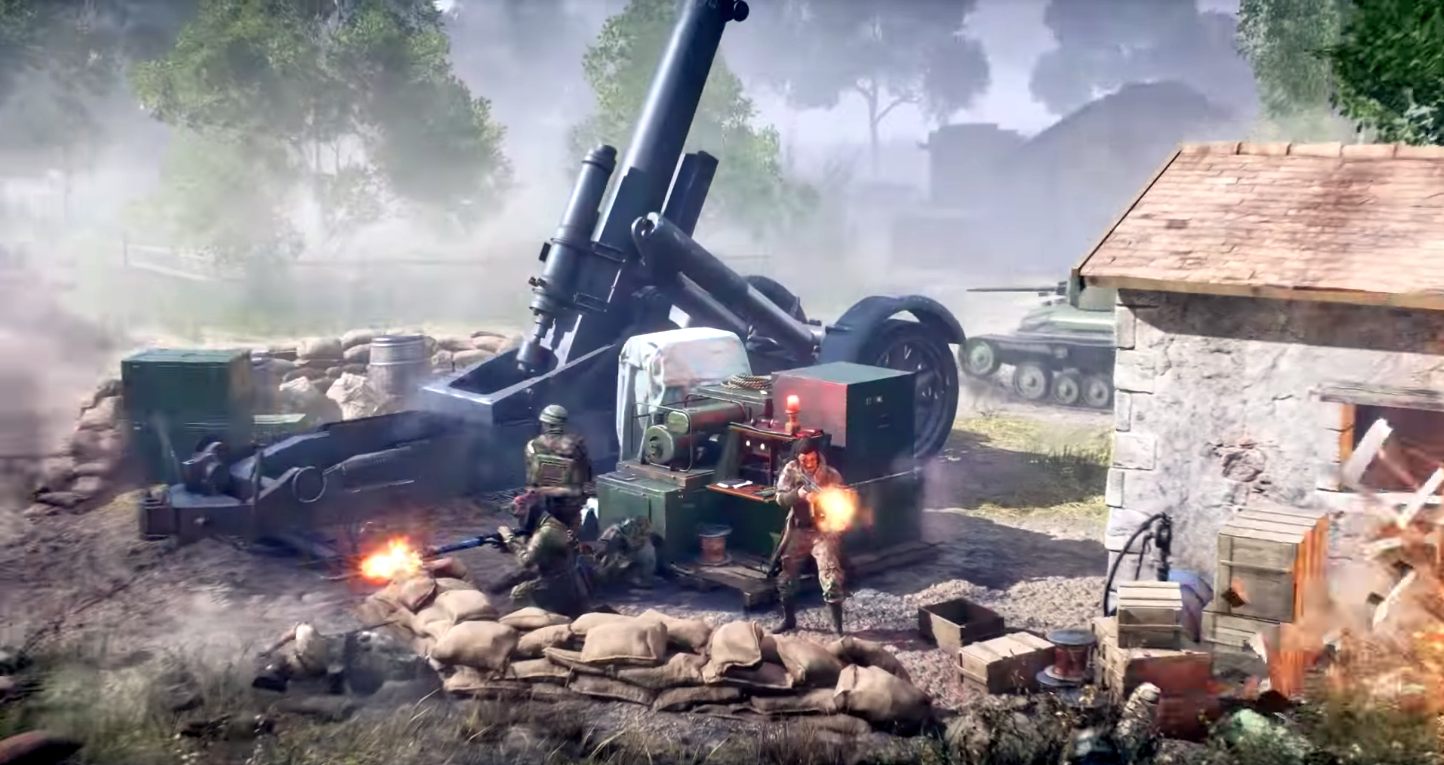 Electronic Arts and Dice made a powerful decision to eliminate the premium DLC format for the Battlefield series, instead going with a platform that supplies Battlefield 5's entire player base with all new content throughout the life of the game via Tides of War. Today, the developers revealed Chapter 2 of Tides of War and it is called Lightning Strikes. It goes live today, January 15, and includes a new game mode, new weapons, a new Grand Operation, and the return of Rush. The team also teased the upcoming debut of the Combined Arms co-op mode.

Tides of War Chapter 2, Lightning Strikes, includes the debut of a brand new mode called Squad Conquest. In the press release, it is described as a "tighter and more intense version of Conquest that enables more tactical gameplay between two teams of 16 players." The mode can be played on three maps currently: Arras, Rotterdam, and Hamada. The four new weapons, which can be unlocked by completing Battlefield 5's Weekly Challenges, are as follows:

The Grand Operation mode in Battlefield 5 is a multiplayer conflict that unfolds across multiple maps and modes. The new one coming in this week's update is called Battle of Hannut and is set in the French and Belgian countryside. The modes in this Grand Operation are Airborne, Breakthrough, and Rush. Rush is a mode from previous Battlefield games where a team defends a series of objectives while another attacks. Compared to Breakthrough, Rush will be similar but the Battlefield 5 devs will possibly add a few wrinkles to the experience. The mode will only be available in the new Grand Operation for now, but will be standalone for a limited time in March. When it goes live, it will take place on the Twisted Steel, Narvik, and Devastation maps. March is also when the Firestorm battle royale mode goes live and the trailer above teased a potential vehicle players will be able to use.

Combined Arms was teased when the roadmap for Tides of War was revealed and it makes it is making its debut shortly after Chapter 2: Lightning Strikes. This will add a co-operative mode to Battlefield 5 and is slated to go live in February. The Combined Arms debut features eight missions where a team of players complete surgical strikes on objectives. Tank Hunter vehicles are also in development, but there's no official release date just yet. Stay tuned to Shacknews for additional updates for our 2018 Best FPS Game of 2018.