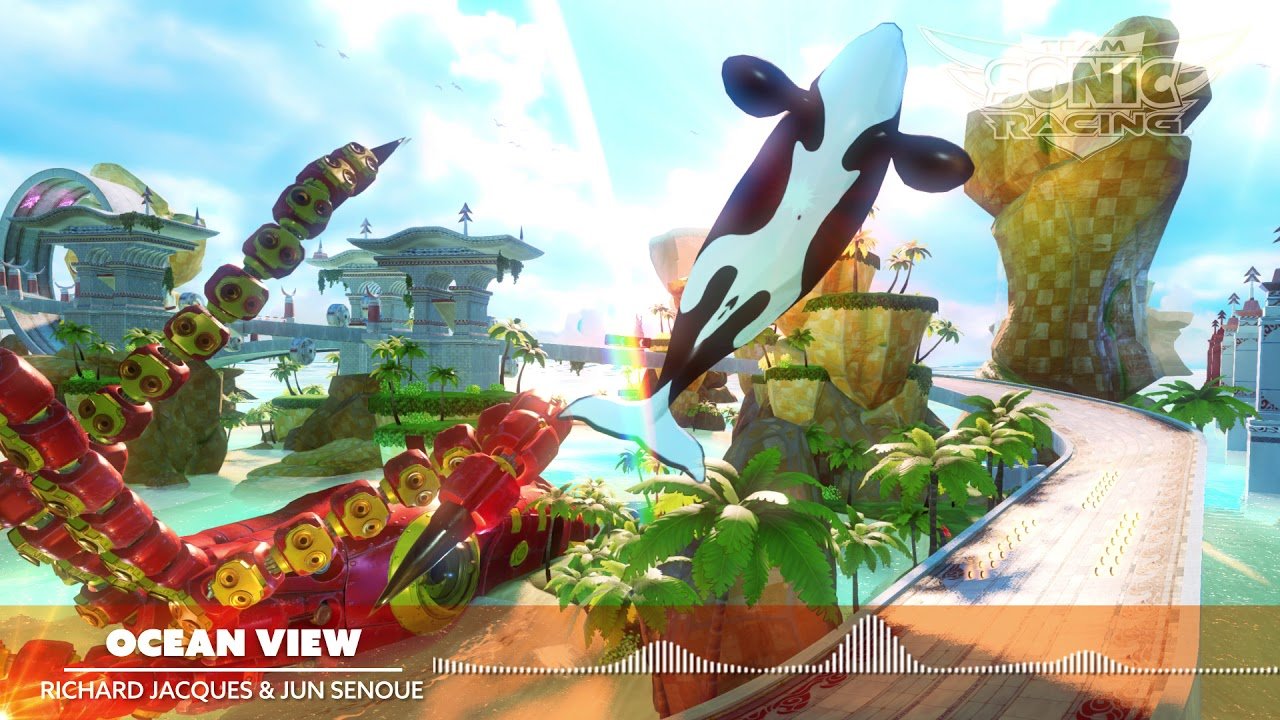 Team Sonic Racing's new "Ocean View" music and map have been revealed for the upcoming arcade racer, and you can hear it now.

The track is a special remix of the iconic tune "Sonic - You Can Do Anything," the opening track for Japanese and PAL versions of Sega CD. This version doesn't feature the lyrics so it's a little less catchy, but it still slaps. Interestingly, this particular song was already remixed with parts of the Green Hills Zone's theme from the Game Gear version of Sonic the Hedgehog 2 and again into the Mecha Green Hill Zone.

The beach-themed map works well with the remixed song as well, featuring a beachside highway with crashing waves, so it really feels as though you're cruising along a coastal highway while zooming past everyone in your path.

Team Sonic Racing is the latest addition to the long-running Sonic series, featuring fast-paced arcade-style racing with your favorite characters and environments taken directly from the Sonic universe. You can join your friends and race together against the AI or take the show on the road with online multiplayer as well. Local co-ip lets you change out dynamic team mechanics and use vehicle customization features to make your mark and skid across the finish line.

If you enjoy arcade racing and have been burning up the tracks in Mario Kart 8 Deluxe, this Sonic racer should be something of a good palate cleanser, at the very least. Right now, Team Sonic Racing is set to debut with a physical and digital release on May 21, 2019 on PlayStation 4, Xbox One, and Nintendo Swich. It's releasing as a digital-only option on PC. You can pre-order now to get ready for the race. Toot toot, Sonic Warrior!