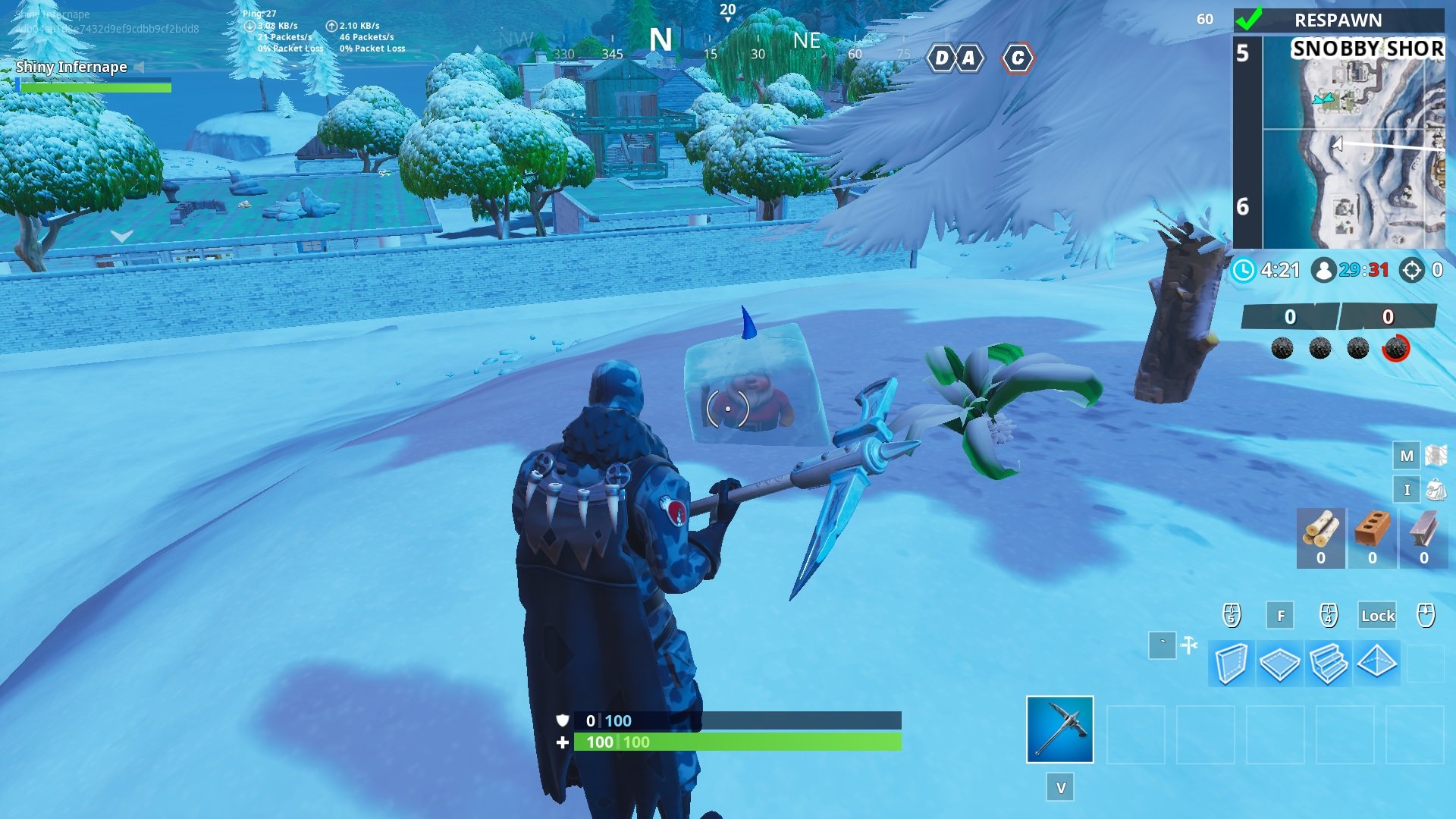 Where to search chilly gnomes in Fortnite season 7

Season 7 of Fortnite Battle Royale has reached its sixth week, meaning that it’s time for a new round of weekly challenges. This week Epic Games asks players to search chilly gnomes spread all across the in-game map. Fans may recognize this challenge as its been used a handful of times in previous seasons. However, this time around, the locations have all been changed. Here's where to find them all.

There are plenty of chill gnomes to be found around the Fortnite map, all of which are in the Iceberg region. Be aware that you only need to interact with 7 of the chilly gnomes in order to complete the challenge. Here are the locations where players can search chilly gnomes in Fortnite:

You’ll receive five Battle Stars for finishing the chilly gnomes challenge, progressing you closer towards tier 100 of the battlepass. If you by any chance missed the 14 days of Fortnite challenges, you’re in luck: Epic has brought back the series of challenges for the rest of the week. Take a look at our guide on where to destroy snowflake decorations to help you out.

With week 6 underway, we’ve officially crossed the halfway point of Fortnite Season 7. For all of your battle royale needs, be sure to bookmark Shacknews’ Fortnite home page.