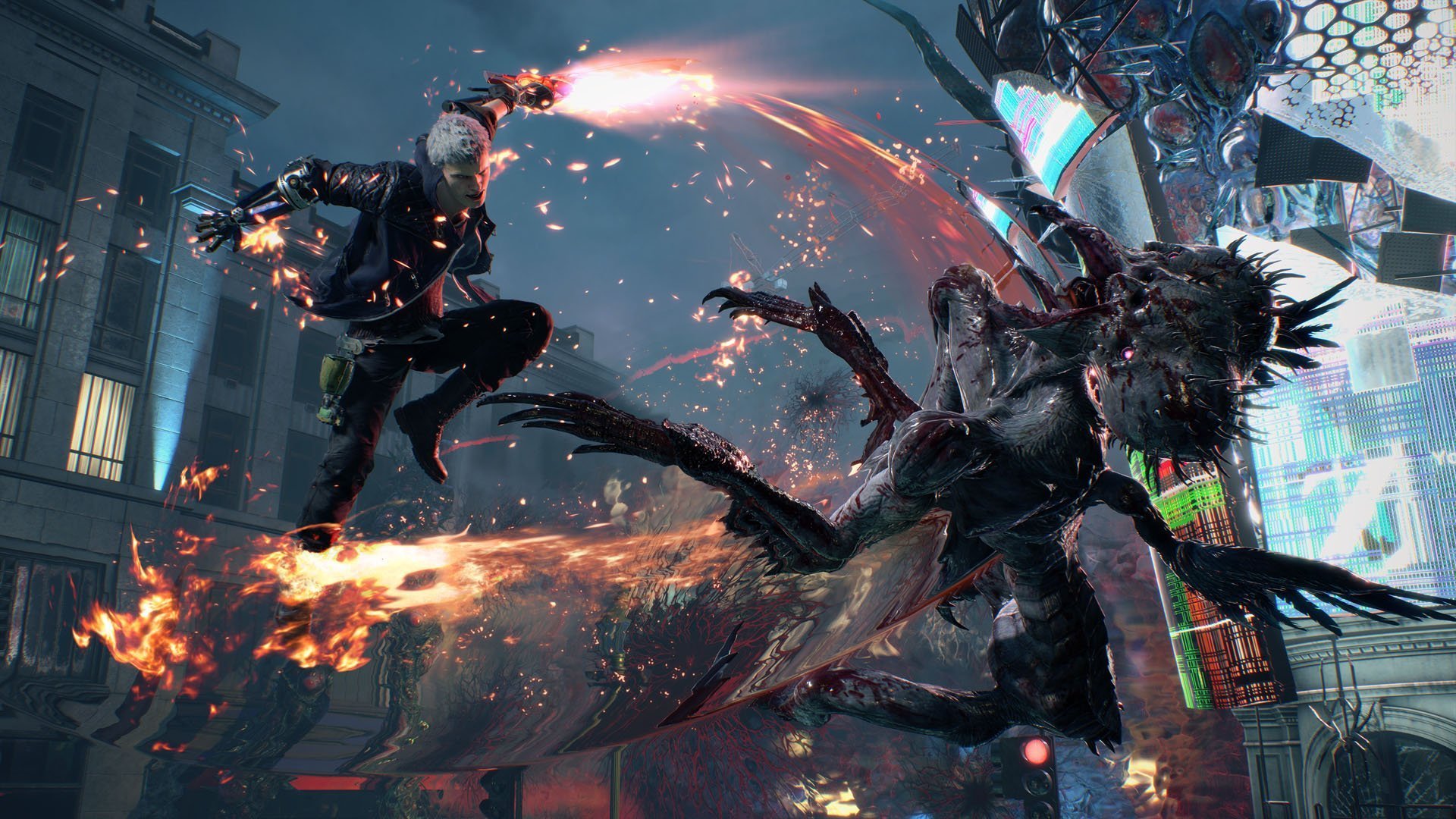 During the interview, Itsuno stated that, for one thing, it will take about 15 to 16 hours to complete Devil May Cry 5, so we now have some semblance of how much content there is to enjoy in-game. Of course, this is about how long it took the development team to complete the game, folks who are familiar with it and know just about everything there is to know about it. That means it could be longer, especially for newbies to the series.

He also discussed the game's setting, which takes place after Devil May Cry 2, though his answer to the question about why let a lot to be desired – essentially, we'll have to find out by playing the game.

Devil May Cry 5 does utilize the RE Engine, however, the same created for Resident Evil 7. In terms of what was a bit difficult about using it to bring this game world to life, Itsuno stated that it was "difficult to implement the violent action of Devil May Cry" in the interview. "We focused on upgrading the engine’s processing speed and performance," he elaborated.

In terms of the game's future, Itsuno noted that "if a lot of users request it," there may be additional playable characters added in the future, too. This is a small bit of information to take in about the game so far, but it's better than nothing. We'll have to wait a bit longer to give it a fair shake, however, beyond the demos available (with one coming up soon). It's coming to PlayStaion 4, Xbox One, and PC on March 8, with the second demo out on February 7.