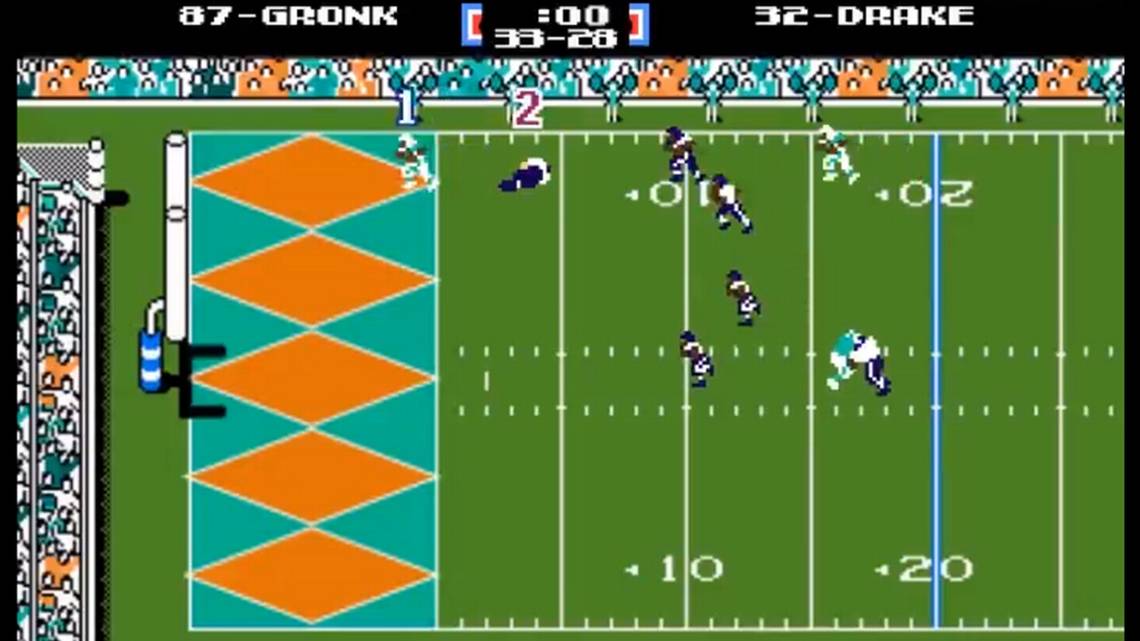 If the recent "Miami Miracle" play during the Dolphins and the Patriots still has you reeling, check it out again in video game form.

Thanks to Twitter user @Benstonium, you can watch a special 8-bit Tecmo version of the famed play in a quick 38-second clip that breaks it all down with plenty of visual panache.

The move, which spun out of the rivalry between the Miami Dolphins and New England Patriots, took place in just 17 seconds and was comprised of a 69-yard touchdown with two laterals, downfield blocks, and just a dash of magic. It was born of a move called "Boise," a hook-and-lateral play similar in scope to the one that propelled Boise State to victory during their 2007 Fiesta Bowl win against Oklahoma.

It's a move they practice each week, though they're never able to quite practice it as well as they could until they ran into a situation where it made sense. It was an upset that the Patriots couldn't believe, and well, neither could the rest of the sports world.

The 8-bit Tecmo version of the "Miami Miracle" pic.twitter.com/RnzvKOu6dO

This fun in-game version of the play details it in a way that makes sense for those who need a little help understanding how it went down, and it's done up just like the classic football game. Tecmo Bowl is a game that released in arcades in 1987, featuring a dual-screen cabinet that allowed four players to compete with two fictional teams.

Obviously, this mock-up uses assets and styling not available in the original game, but the throwback is something retro gamers and football fans alike will still appreciate. It was the NES version of the sports title that proved massively popular, even getting a sequel in 1991 in the form of Tecmo Super Bowl. Tecmo Bowl has been considered by various outlets as one of the best sports games ever made, and this fun creation is a great tribute to a play that will certainly go down in history.