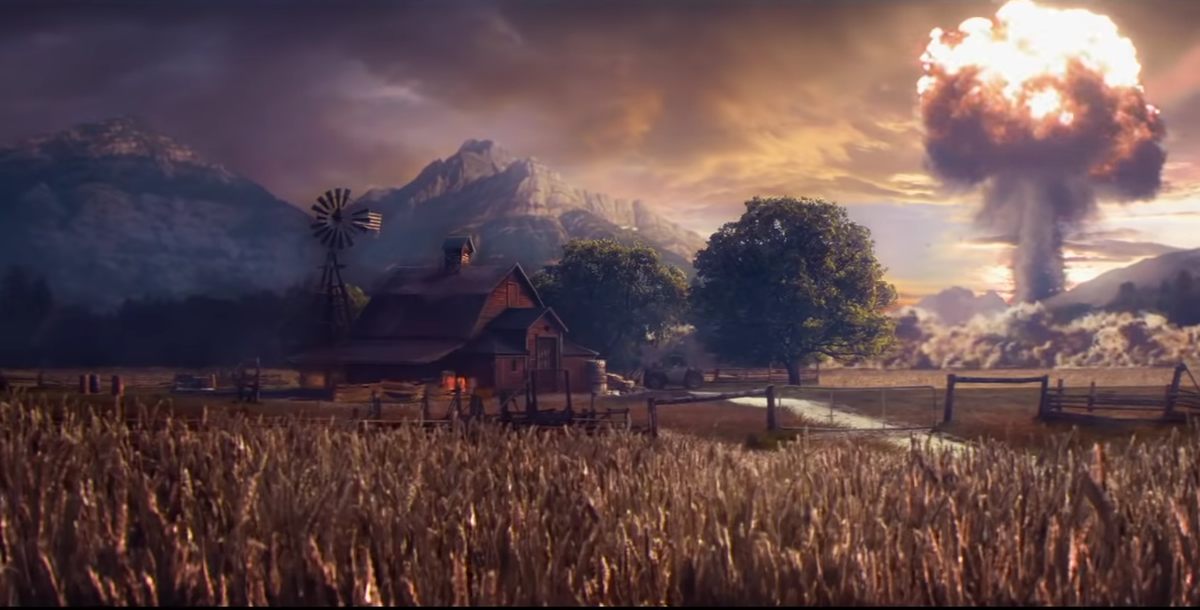 Other entities have teased some announcements at The Game Awards 2018, but this new revelation comes with some actual footage. Ubisoft has enjoyed some success with Far Cry 5, the most recent entry in the Far Cry series, and it looks like something nuclear is coming to the series next.

Far Cry 5 launched in March this year and the game's doomsday cult narrative was coupled with some very different experiences via the game's DLC. Through three individual expansions, Far Cry 5 players fought aliens on Mars, faced the Viet Cong in Vietnam, and teamed up with friends to survive waves of violent zombies. This Far Cry spin-off looks like its taking us on a post-nuclear journey. "We felt hope. We were wrong," the trailer narrator says before showing off a weapon that fires circular saw blades.

Obsidian and Epic Games have also provided some news surrounding The Game Awards 2018, both teasing new projects. Obsidian has a sci-fi experience of some kind on the way, if the ads on the official Obsidian website are any indication. Epic Games' announcement is a bit more mysterious, but we do know that it will be a world premiere. It may be a new title to celebrate the launch of the Epic Games Store.

Far Cry 5 is the fastest selling entry in Far Cry franchise history, so Ubisoft will want to follow up this main entry with something outstanding. Ubisoft struck gold with the Blood Dragon spin-off of Far Cry 3, so expectations are high. The post-apocalyptic setting is heavily traveled territory, most recently with Bethesda's Fallout 76 experience, but Far Cry can bring a high level of action to such a setting. Tune in to The Game Awards 2018 on December 6, 2018, and keep your eyes on Shacknews for additional updates.