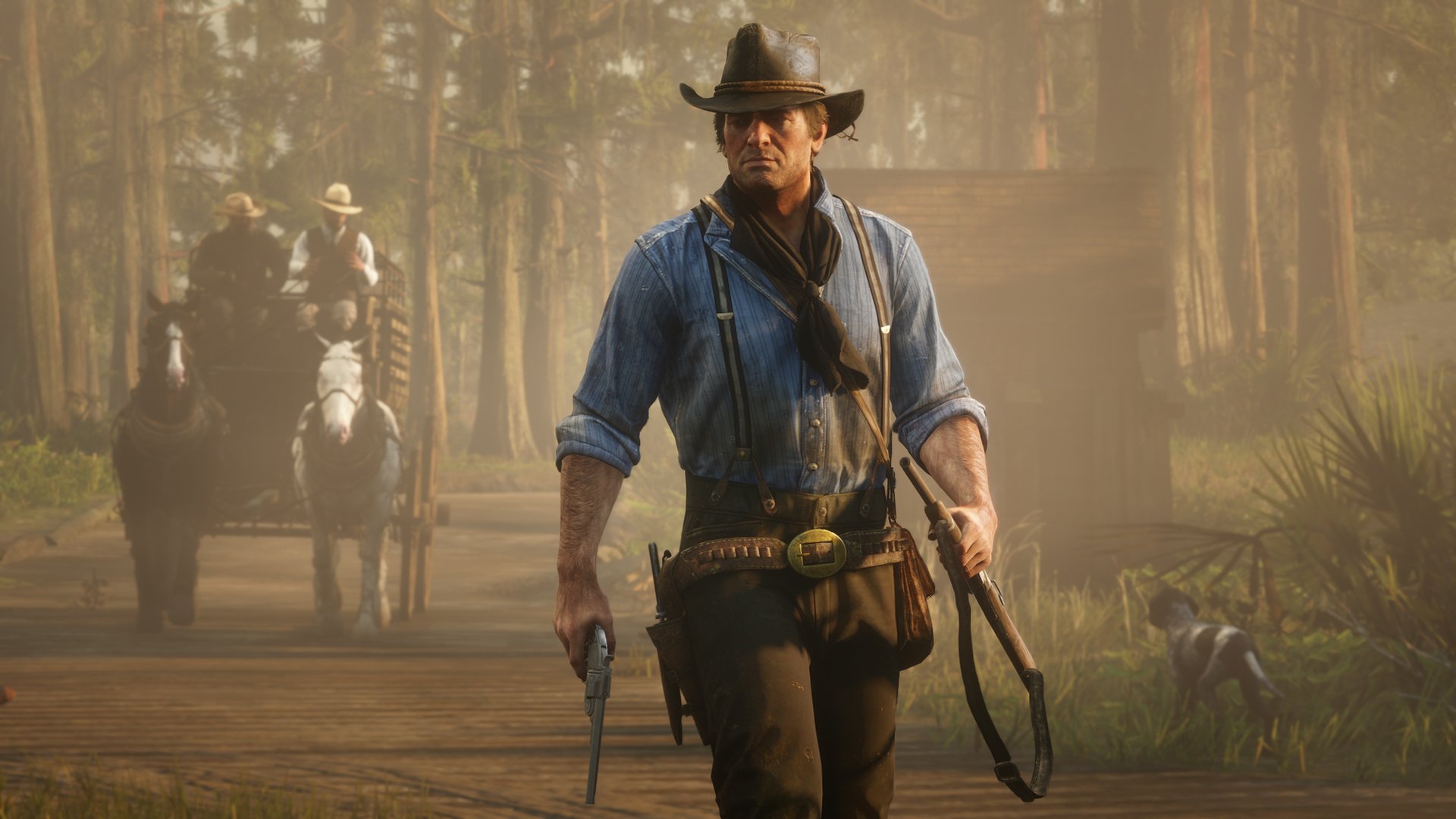 How many chapters are in Red Dead Redemption 2?

How many chapters are in Red Dead Redemption 2?

There are eight total chapters in Red Dead Redemption 2. The first six are structured to represent the main story campaign, while the final two represent the game's epilogue. Each chapter is comprised of a set number of missions, with chapters one and five offering the fewest at six and nine missions, respectively. The others generally hover around a dozen or so missions each, with the final sixth chapter coming in at 19 missions.

Not only is knowing how many chapters there are in Red Dead Redemption 2 handy for overall story structure, it should help give players a feel for how long it takes to beat Red Dead Redemption 2. A good overall guide is that it should take around 60 hours to beat the single-player campaign. However, given that each mission (of 104 total missions) takes only around 20 to 60 or more minutes to complete, it's fair to say that the core game itself could be conquered in as little as 30 or so hours.

Of course, this number does not factor in side quests like gambling, hunting, fishing, or bounties. Given that Red Dead Redemption 2 is primarily a narrative- and survival-based experience, players can expect much of their time to be spent with such activities. As such, it's not uncommon to expect to spend just as much time with the story as with side quests. This would bring the overall playtime back to around the 60- or 70-hour mark.

Earning 100% completion in Red Dead Redemption 2 is a totally different story. There is so much to see and do in Rockstar Games' latest release, and between tracking down every cigarette card to hunting all legendary animals, players can likely expect to spend around 100 hours minimum to 100 percent the game. That's minimum, mind; it's much more likely that players trying to earn 100% completion will need to spend more in the ballpark of 200 hours to track down everything that Red Dead Redemption 2 has to offer.

Wondering how many chapters there are in Red Dead Redemption 2 is a bit of a gateway into considering how long it will take to complete each of the game's various challenges. It shouldn't take more than 30 or so hours to work through each of the game's eight chapters, but as for 100% completion, the sky is the limit. Fortunately, we can help players earn 100% completion quickly — head over to Shacknews' Red Dead Redemption 2 guide and walkthrough to learn all the tips and strategies needed to take down bounties, find collectibles, and track down every legendary animal.

How to change your pirate in Sea of Thieves