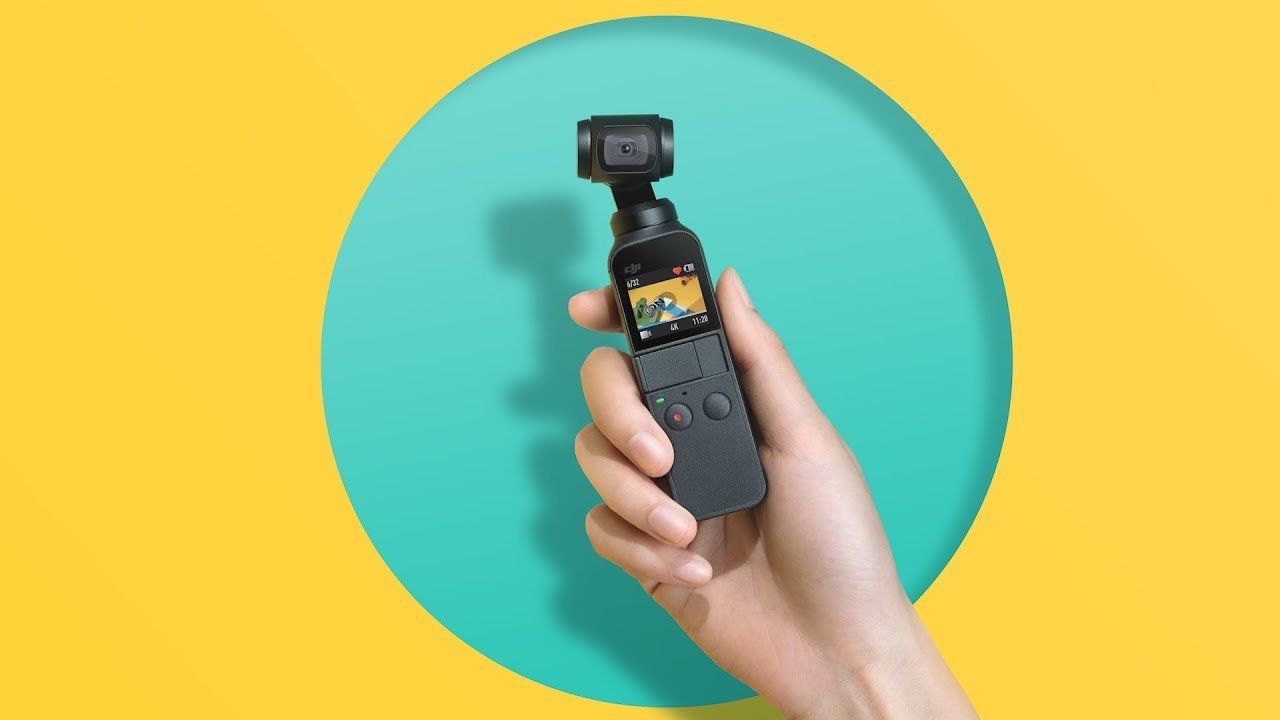 Drone manufacturer DJI has released the miniature Oslo Pocket camera just in time for some end-of-the-year video shooting for those wannabe directors in your life.

The miniature camera from DJI comes affixed to a three-axis stabilizer for shooting 4K video and 12-megapixel stills. It was first announced in New York at the DJI "Because Life is Big" event, and this little powerhouse is meant to do some serious shooting. It's the smallest camera and stabilizer the company has ever released and it stands just four inches tall. There's a 1.2/3-inch sensor inside with a pair of microphones, a battery that can handle two hours of filming time in 4K, and a one-inch touch screen.

The camera also features a special time-lapse mode, panorama shooting, FPV mode, ActiveTrack, FaceTrack, and motion lapse mode. The small screen an be taken advantage of, and users can also pair the camera with their iPhone for additional features, including Pro Mode with the DJI Mimo app. You can even connect the camera with Lightning cable or USB-C to your phone to use it as a remote monitor.

"Innovation is at the heart of every product we create and DJI Osmo Pocket is here to change the way photos and videos are captured, not just by professionals but by parents, couples, adventurers, travelers and everyone in between," said DJI President Roger Luo of the small but powerful camera.

The Oslo Pocket will run $349 and is starting to ship on December 15. You can preorder it now for the aspiring filmmaker in your family who needs a tiny but portable solution. It would certainly work well for an intermediate camera user, especially given the range of features it has, but for beginning users, you might want to opt for something else – unless you just have the money to burn or something like that.