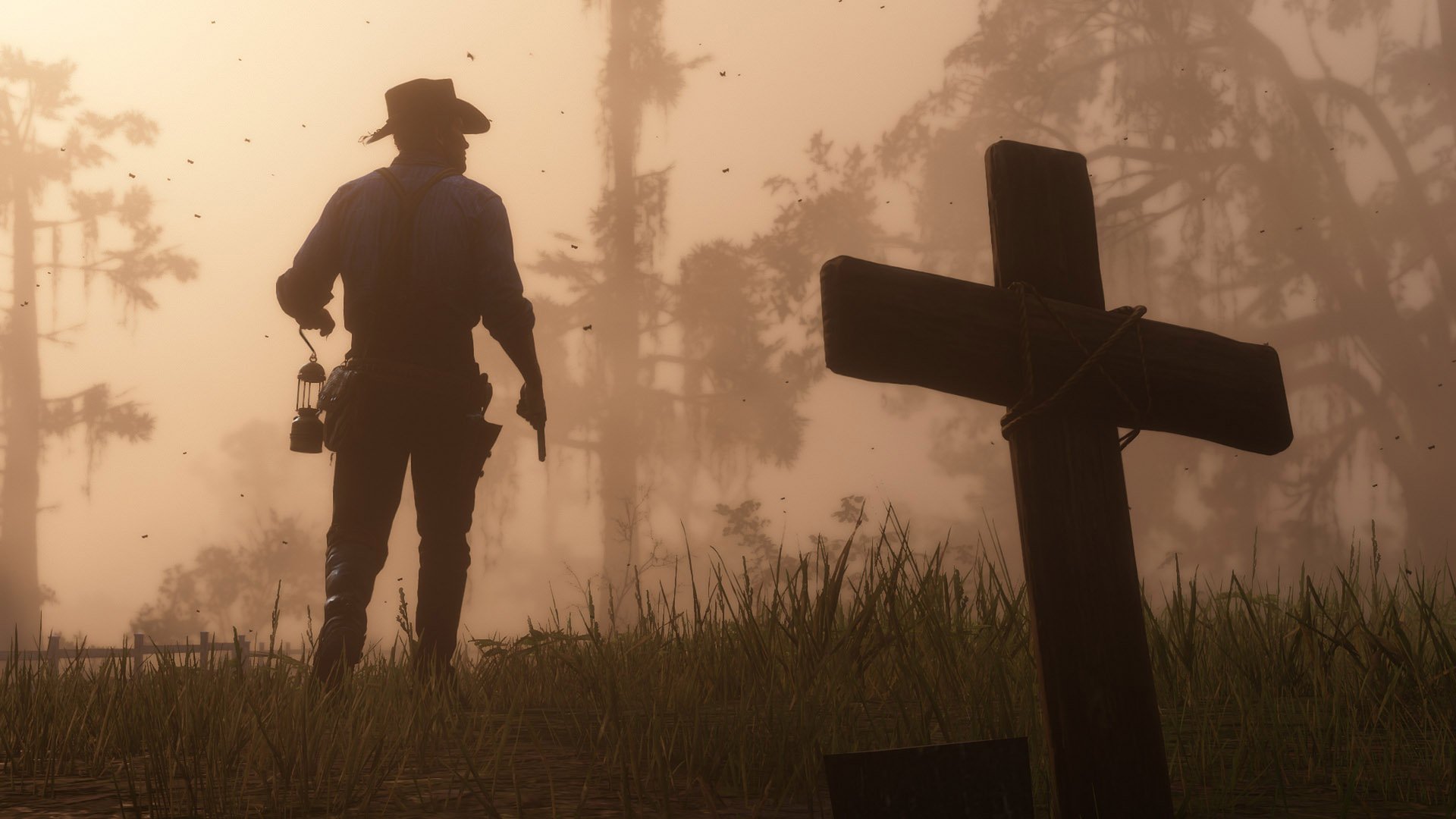 There are a lot of graves located in the many towns of Red Dead Redemption 2 and if you want to pay your respects to those who have fallen, you’ll need to know where to find them. It should be painfully clear that this guide is going to contain a lot of spoilers, so consider this your first warning: this grave locations guide contains spoilers.

There are 9 specific graves in Red Dead Redemption 2 that players can visit to pay their respects. Visiting all 9 graves will reward the Achievement “Paying Respects”, so those looking to collect all the Achievements on Xbox One or Platinum the game on PlayStation 4 will need to seek these out. All of the following grave locations can be found after completing the main story and progressing through the Epilogue. To pay your respects, simply approach the grave and press the on-screen button when it appears.

We’ve listed the following grave locations in the order of those who died, so the further down the list you scroll, the later into the storyline you’ll go.

The location of Jenny Kirk’s grave is in the Spider Gorge, at the fork of the Glacier in far-north Ambarino. Head through the Colter property and follow the icy stream north. Just above the "e" in Gorge is where you'll find Jenny's grave, to the side of the path deep in the snow. Although not seen in the Red Dead Redemption 2 campaign, Jenny is mentioned a few times. Lenny had grown attracted to her during their time at Blackwater, but unfortunately she was injured during their escape after the boat situation and died before reaching Colter.

Davey Callander’s grave can be found in the far north of Ambarino, south of the Spider Gorge in the town you stop in during the prologue. Head behind the destroyed church to find a graveyard, Davey's grave is a little past the others. Davey Callander is seen briefly during the start of Red Dead Redemption 2 after the gang's escape from Blackwater, but dies shortly after arriving at Colter.

The loveable scamp Sean McGuire’s grave can be found north of the gang’s campsite, Clemens Point, in Rhodes. Follow the track north a ways, and cut up the small hill to find Sean's grave under some trees overlooking the water. Sean McGuire is first heard of as being held up in Blackwater. Arthur and a few of the other gang members break him free as he's being transported. Sean was shot dead in the town of Rhodes when a few of the gang were ambushed.

Kieran Duffy’s grave can be found east of the Braithwaite Manor and east still of the church ruins at Bolger Glade. It took a while for the gang to believe Kieran after he turned on his former gang, the O'Driscolls, but it seemed as if Arthur had a soft spot for him. Life caught up to Kieran, who winds up decapitated, eyes gouged out, strapped to a horse, and holding his own head.

Hosea Matthews’ grave can be found south of Bluewater Marsh in Lemoyne. Travel north along the main road leading out of Saint Denis and before reaching the border to Bluewater Marsh, find his grave off the side of the road to the west. Hosea Matthews was Dutch Van der Linde's right-hand man, though the two didn't always see eye-to-eye on plans. He fell when a bank robbery in Saint Denis went sideways.

Lenny Summer’s grave is located south of the Bluewater Marsh in Lemoyne. Travel north along the main road out of Saint Denis toward the border of Bluewater Marsh, his grave is off the road to the west, right beside Hosea's. Though he was a new recruit in the Van der Linde gang, Lenny found his place quick enough. He fell when a bank robbery went south in Saint Denis, much to the anguish of his good friend, Arthur Morgan.

Eagle Flies’ grave can be found in the mountains of Ambarino, north of Bacchus Station and to the west of Donner Falls. Eagle Flies' resting spot is overlooking the waterfall. Eagle Flies was the son of Rains Fall, a great Native American chief. Eagle Flies was a candle that burned too bright, who was suckered in by the silver tongue of Dutch Van der Linde.

Miss Susan Grimshaw’s grave can be found in the middle of New Hanover, between the “V” and “E”, southwest of the Elysian Pool. Follow the hill's steep edge to the top to find Miss Grimshaw's grave overlooking the valley. Miss Grimshaw was the matriarch of the Van der Linde gang who died after Micah Bell shot her in the stomach.

Here’s the one you were no doubt looking for after finishing Red Dead Redemption 2. Arthur Morgan’s grave is located in a beautiful spot in the northern peaks of Ambarino, northeast of Bacchus Station. Take a moment to look out over the breathtaking landscape and think about all the great times you had with Arthur. Players who finished the game with high Honor will find Arthur’s grave covered in flowers. Arthur Morgan joined the Van der Linde gang as a young man, and in his later years realized Dutch wasn't the man he believed in. Arthur played a pivotal role in ensuring John, Abigail, and Jack were able to survive the implosion of the Van der Linde gang. Arthur did his best to set things right before he finally succumbed to tuberculosis while watching the sunrise over the land he loved.

Finding all nine graves of your fallen companions in Red Dead Redemption 2 is an important step in the grieving process. Definitely take the time to find where Charles buried Arthur Morgan; his final resting place is beautiful.

Check out the Shacknews Red Dead Redemption 2 guide and walkthrough for more helpful articles, such as complete collectible guides.