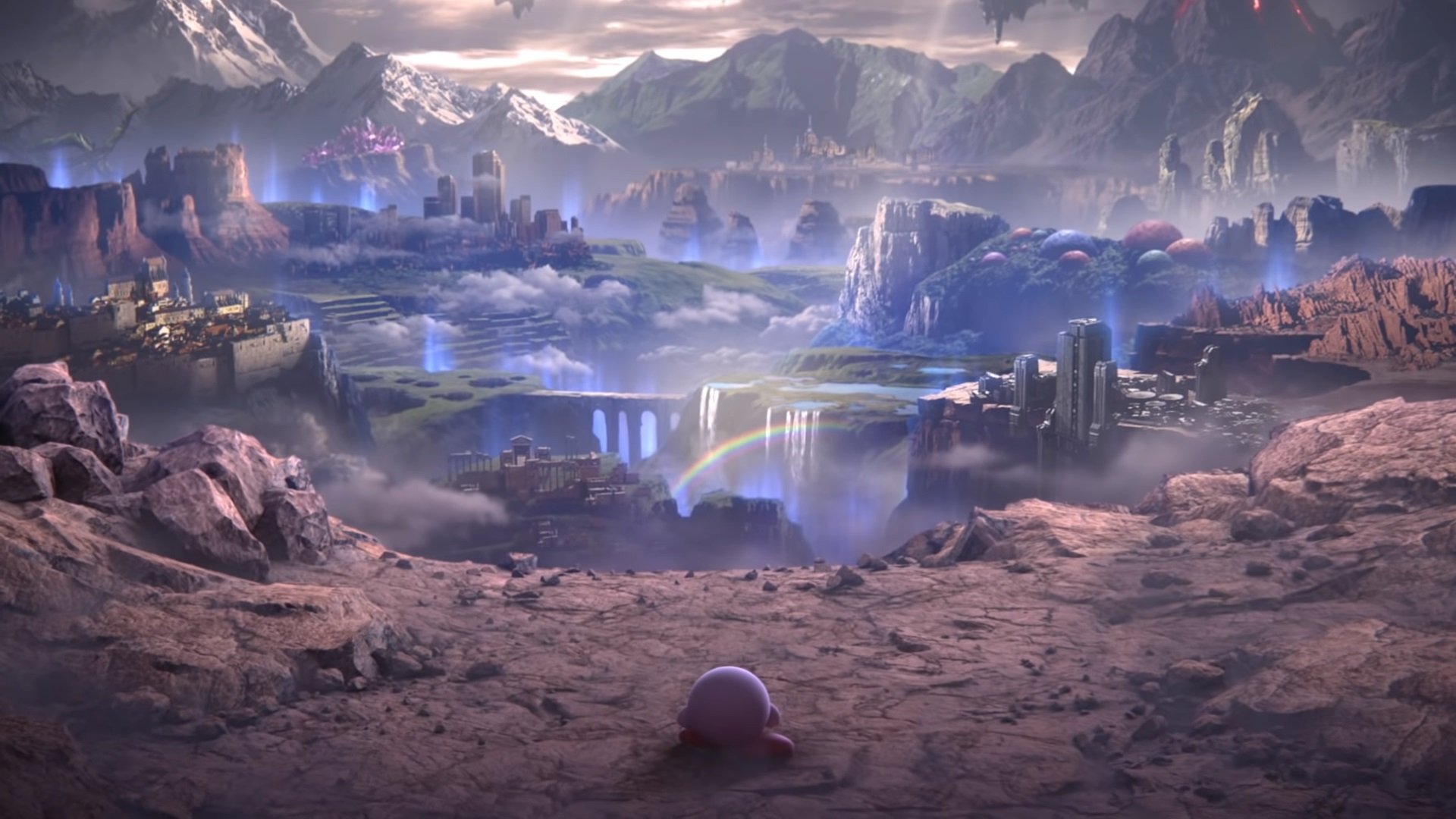 Super Smash Bros. Ultimate recently revealed its single-player story mode, World of Light. The introductory trailer took everyone's favorite heroes from across the gaming world and pretty much killed them all. There was one survivor, however. It's Kirby, everybody's favorite pink puffball. Many reasoned that Kirby's survival was largely because he was originally series director Masahiro Sakurai's creation. But as it turns out, there's a more logical reason that Kirby was able to withstand the villainous Galeem's best shot.

"All the fighters perish at once in 'World of Light,' but there wouldn’t be much of a story if one of them didn’t survive," Sakurai explained to Famitsu, via a translation provided by Source Gaming. "So why did I choose Kirby? 'It must be because you created the Kirby series!' I thought you might say that. But from a game design perspective, and based on process of elimination, Kirby was the obvious choice. We needed a solid, convincing reason for why said character could outrun Galeem. [...] Some of you may have forgotten, but Kirby’s Warp Star has been able to, y’know, warp since his very first game. That alone made him a pretty solid contender."

Sakurai also revealed two other characters who could have potentially survived the Galeem blast: Kid Icarus goddess Palutena and uber-powerful witch Bayonetta. He also explained both the narrative and gameplay reasons that he ultimately ruled them out.

"The only other two fighters that could have survived would have been Bayonetta or Palutena," Sakurai added. "That said, Bayonetta's enemies from Purgatorio (a hellish other world) were turned into Spirits, so it wouldn't have made sense for her to escape. Other divine beings like Hades were also turned into Spirits, so there was no way Palutena could have survived, too. Plus, it would have been difficult to use Bayonetta or Palutena as the starting character. The first character players try has to be simple and easy to use."

Kirby as the sole surviving character has been an unending source of memes since World of Light was first unveiled. It didn't take long for Twitter to pump out memes like this:

Okay, this is epic. pic.twitter.com/oZdWFGJfui

HE IS THE ONLY ONE THAT SURVIVED THE NINTENDO APOCALYPSE

Now there's an explanation from Sakurai himself as to why Kirby is the last puffball standing and it isn't necessarily the reason people might have expected. There may also be an unspoken reason as to why Kirby is the lone hero remaining. It could also be as a tribute to the late Satoru Iwata, the former Nintendo president who helped lead the Kirby series during his time at HAL Laboratory throughout the 90s. Iwata also burned the midnight oil with Sakurai during the development of the original Super Smash Bros. prototype, way back in the late 90s.