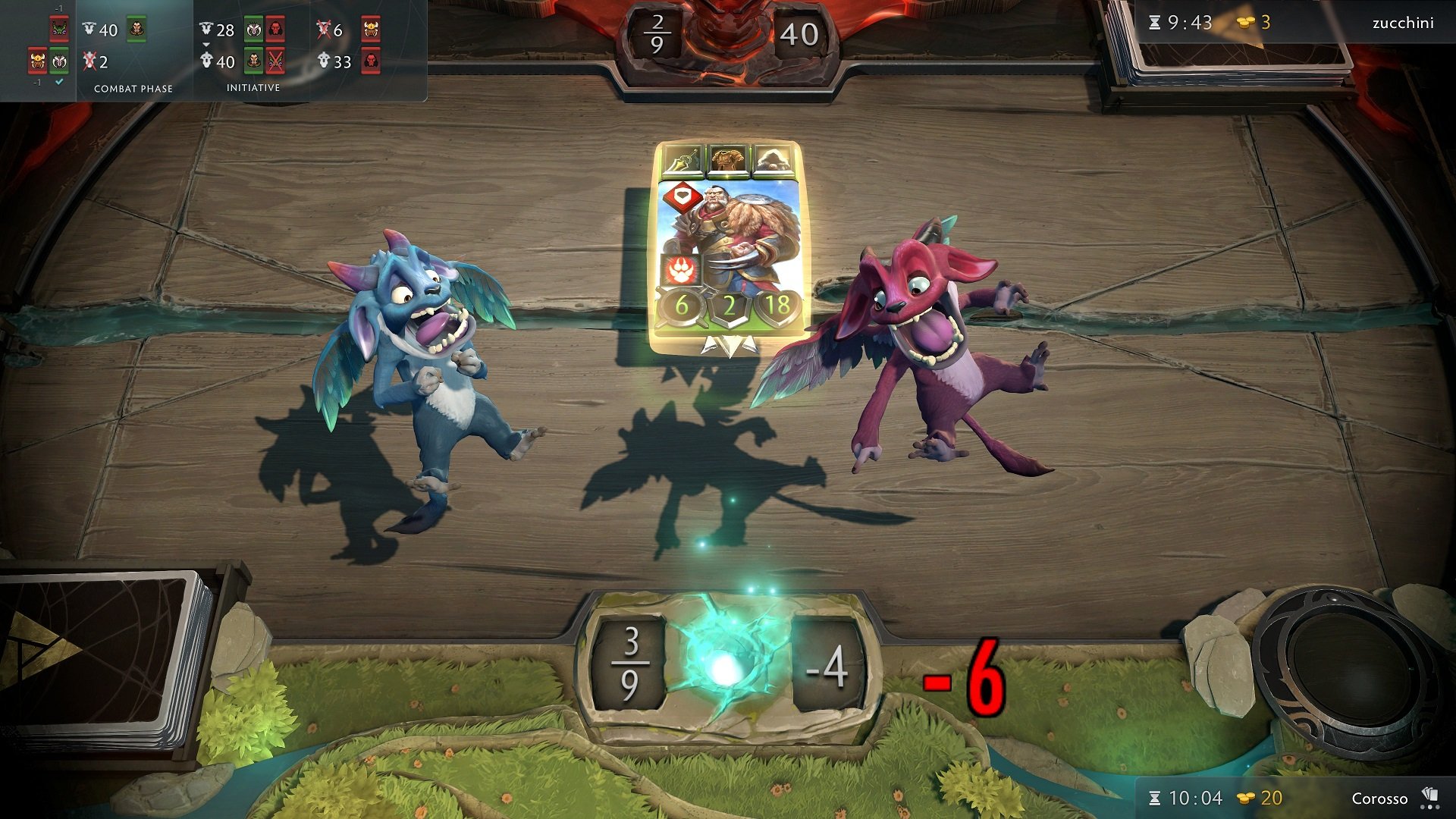 Valve has officially entered the digital card gaming arena with the full 1.0 release of Artifact. It might be easy to look at this game and dismiss it as a clone of the various other card games currently on the market. That would be folly.

There are some things that the average card gamer should know before setting foot in Valve's newest game. Shacknews is here to offer a few pointers to those newcomers:

The first thing to note before even booting up Artifact is that the game has more in common with its sister game Dota 2 than it does with other card games, like Hearthstone, Magic the Gathering: Arena, or The Pokemon Trading Card Game.

Games take place across three boards, as opposed to just one. To push the MOBA theme further, these are referred to as "lanes." To push that theme even more, each player will select five Hero cards. Heroes are divided into Black, Blue, Green, and Red heroes, each with their own distinct abilities and each able to play a different set of spells.

Players should exercise the same types of strategies that they would utilize for a MOBA. Since the main win condition involves taking out two out of three towers (or a single Ancient, which is basically taking out the same tower twice), players should spent a bulk of the game managing each lane carefully while also searching for openings to push forward.

Defeated Heroes are only down for a single turn, which is something else to keep in mind when making a lane push. We'll touch on this in just a second.

Artifact features a Shopping Phase that occurs in-between turns. Any Item Cards that are your in deck show up randomly for purchase for gold, which is picked up by defeating enemy units. Many of these items will be unaffordable in the early game, unless you have a more aggressive deck that overpowers creeps in the opening turns.

Items have the potential to swing momentum, offering a valuable heal or additional attack that can wipe out an opposing Hero. But going all-in on items early could be a careless gesture. Some items have secondary abilities, like the Demagicking Maul's ability to Condemn an enemy improvement, that will prove useful. Don't feel the need to spend on every turn and if there's an item you absolutely want to pick up on the next turn, it might be worth spending 1 Gold to keep it around for the next Shopping Phase.

3. Be cautious of "card game" rules

This might take some explaining, because one would think it goes without saying.

Just because Artifact operates more similarly to a MOBA doesn't mean it isn't subject to rules that can only be found in card games. Earlier I mentioned that fallen Heroes can return after a turn on the sidelines to disrupt your big lane push. Returning Heroes have the potential to fully resist the lane push or otherwise disrupt it through spells that can send Heroes to entirely different lanes. While the MOBA principles are intact, the latter is an example of the kind of actions one can only find within a card game.

Needless to say, the Action Phase is a card game mechanic, where players take turns preparing their lanes. Be extremely careful, because order of operations does matter here. Some actions can inflict damage immediately, so if you have a 1-health Hero that you're waiting to heal near the end of the Action Phase, that may not be advised. Along that same note, don't waste items or buffing spells on Heroes or creeps that are going to die anyway. If there's no hope to save them, save those items for instances that will offer a greater benefit.

Having said that, there might be instances where there are zero moves to make. If that proves to be the case, there is no shame in passing. The first player to pass will receive Initiative and get to go first in the next lane's Action Phase. Some items or spells might grant Initiative, so be on the lookout for those, too.

Another principle of card games to look out for is one that allows for units to move around. Hero or creep abilities that allow for switching positions could be a godsend and might save a valuable Hero from getting killed. Shuffling positions is a valuable skill to learn. So look out for items like Phase Boots or creeps like Rebel Decoy. Or use one of those spells to move enemy Heroes and their allied units to entirely different lanes, like Intimidation or Primal Roar, and clear a path to victory.

One item to look out for is Town Portal Scroll. This returns an allied hero to the Fountain. If there is absolutely no escape for a valuable Hero, know when to make a strategic retreat. Town Portal Scroll will allow the Hero to redeploy, fully healed, on the next turn. That's a much better alternative to having to go full turn without them.

4. Practice makes perfect, so use Solo Play to get better

Only the most hardened MOBA players will recognize what it takes to win in Artifact out of the gate. And even they might get thrown off by the unique card game mechanics that make Artifact what it is. It is entirely possible to lose the opening Tutorial.

With that said, there are plenty of places to get valuable practice in. Solo Play is dedicated to playing against bots with adjustable difficulty levels. This is where players can take in their own deck that they've built themselves, which may not be advised right away, or take in one of the pre-constructed decks from the Tutorial.

There's also a Featured mode, which offers up competitive game modes with twists. With Artifact being the newest card game on the block, the first Featured mode is a basic one called Call to Arms. This challenges players to win as many games in a row as they can using one of six pre-built decks.

Regardless of the Solo Mode you decide on, expect to take your lumps. But learn from your mistakes, get a better idea of how everything works, and gradually start to pick up the basic mechanics and sprinkle in some experimental combos to see what works and what doesn't.

5. Use pre-built decks to your advantage

If you opt to play Call to Arms against bots and like what you play with, it's entirely possible to copy this deck into your collection. You may not have the cards, but you will have the basic template to work with. Here's how to do that:

Once you have all of the cards for the deck, you can use it in Solo, Social, Casual, or Expert Play. You can even play around with it and add your own touches to it.

Expect future Featured games to work similarly. Unless they operate on a wacky rule set, don't be shy about seeing how those pre-built decks are constructed. It's perfectly fine to copy those decks and add their template to help get you moving.

Artifact is available now on Steam. For more, be sure to check out our full review.