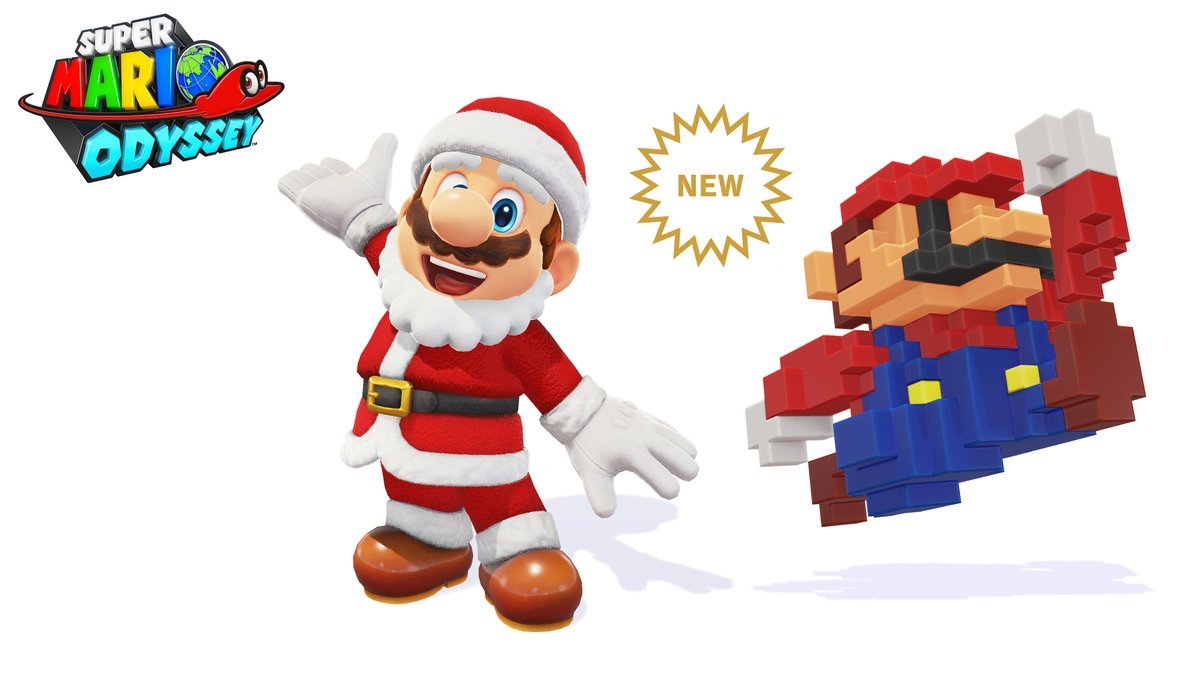 Super Mario Odyssey fans can outfit their Mario with an appropriately festive costume, as well as a very cool new look for everyone's favorite plumber.

It's that time of year – we just finished off Thanksgiving, and now Christmas and a litany of holidays are upon us. You can get the newly-added Santa Hat and Santa Outfit in Super Mario Odyssey as well as the 8-Bit Mario Cap to dress up Mario and get him ready to start handing out presents or travel back in time to his retro days.

The Santa hat and outfit are 500 coins and 1,000 coins respectively. The 8-Bit Mario Cap will set you back a pretty penny, at 9,999 coins. But the fact that it's such a cool addition to the game makes having to spend this many coins kind of worth it. It's described as "A hat that takes you back to where it all began" and it makes your Mario look just like the special amiibo figure that was released in both modern and retro coloring variants for Mario's 30th anniversary.

These outfits are the latest to join the game, following fun ensembles like the Builder suit, Resort Wear, Samurai outfit, and even the Nintendo 64 Outfit, which makes Mario look as though he was ripped straight from Super Mario 64. There's a wide variety of options to deck out Mario and make him yours, if you're interested in customizing him further. Most aren't nearly as expensive as the 8-Bit Hat but some can definitely cost you if you want to collect them all.

Which costumes are your favorites to use in Super Mario Odyssey? Are you planning on trying these new duds out to get Mario ready for the holiday season? Let us know in the Chatty thread below while we start singing carols and readying our wish lists.