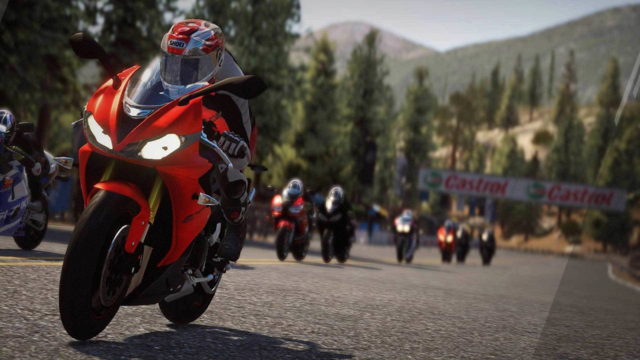 Ride 3 is revving up its engine for launch later on this month. But, before the game goes live we were offered one last look at what players can expect from the latest installment of the Moto Racer sim. I got a chance to check out a build of Ride 3 for the PS4 and chat with a member of the dev team ahead of the November 30 release.

This latest installment in the Ride series has added a ton of new bikes and tweaked the tracks to work a little better in a game environment. That means there are a few tight turns here and there that won’t be as problematic in this latest iteration.

From my conversation with level designer Federico Spada their new customization features seem to be a key component for the upcoming Ride 3. Players will be able to not only select new cosmetic details for their rides, but they’ll have a plethora of rider customization options as well. Everything from an avatar's racing outfits to the way they lean into turns can now be tweaked by players.

The dev team also made dramatic leaps and bounds in working with the Unreal Engine and it shows. Everything from the bumps in the track to the sun’s reflection off a rider’s helmet is looking much more refined this year.

Federico and I also spent some time discussing the design of this year’s tracks and how it fits into the game’s balance. We also dived into how their design decisions will affect both new and old players. You can check out our full discussion in the video below for all the details:

Ride 3 is set to release on November 30 for PS4, Xbox One, and PC. Be sure to check out our Shacknews and GamerHubTV Youtube channels for more exclusive interviews and gameplay vids.