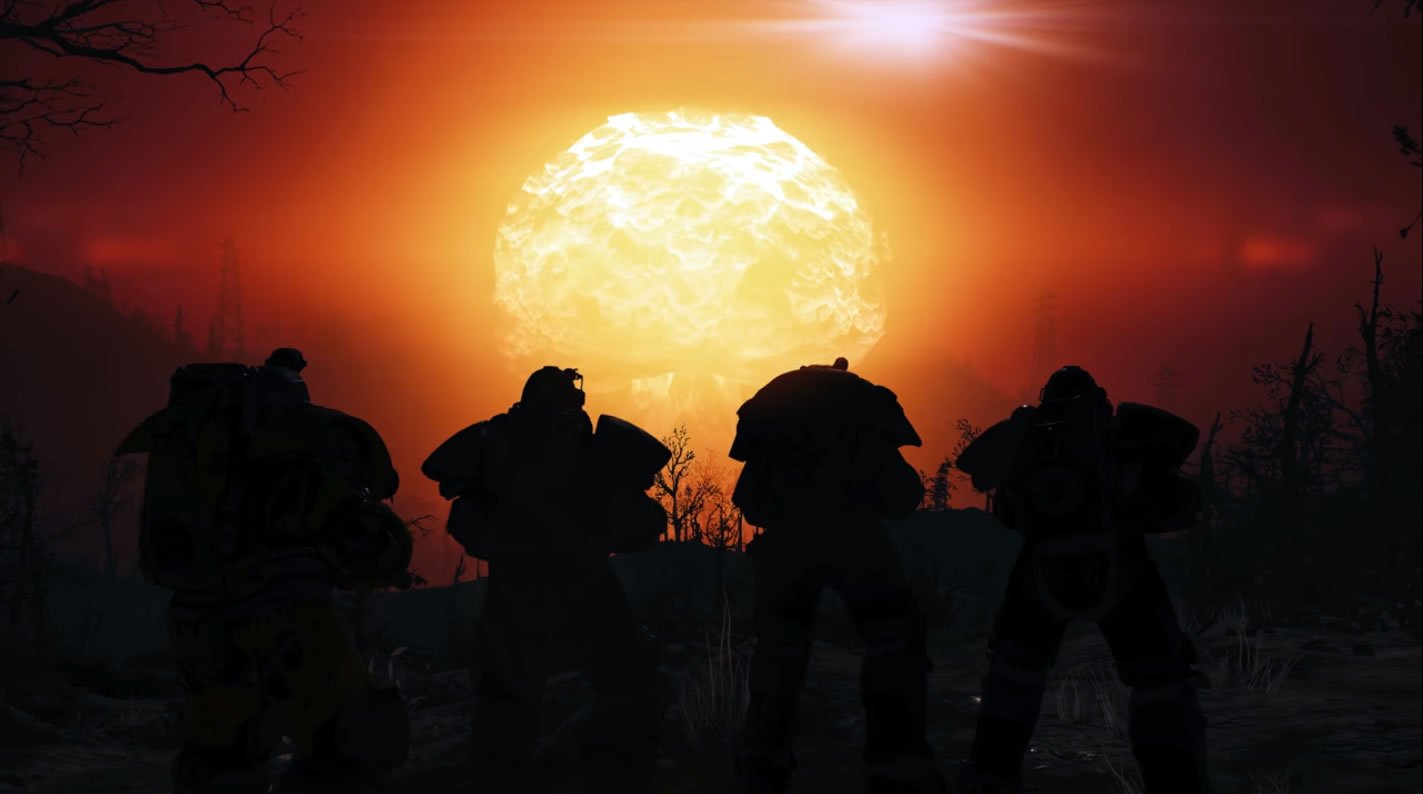 The simple pitch for Fallout 76 is that it's a post-apocalyptic adventure that you can enjoy with your friends. What if you can't, though? Cross platform support in video games is growing year over year, but not every modern title allows players on one console to play with those on another. Does Fallout 76 support cross platform play? Steel yourself for the answer below.

No, Fallout 76 is not a cross-platform game. Even though Bethesda's Todd Howard has previously stated that he would "love" to see cross-play in Fallout 76, the feature is not currently available. As for a reason why, Howard was quoted in an interview with German publication GameStar saying that "Sony is not as helpful as everyone would like but we'll see what happens in the future."

Bethesda's Pete Hines also spoke about Fallout 76 cross play support in a couple of tweets, stating rather plainly that it won't be available "for a number of reasons."

Folks, chill. I work with a lot of devs and games for whom this is important going forward.

Fallout 76 does not support crossplay, for a number of reasons. I have no idea if it ever will. But I assure you it is not on our radar right now as we focus on B.E.T.A. and Launch.

Approaching the idea of cross play is particularly troublesome for online-focused titles like Fallout 76. Keeping track of everyone's progress across multiple platforms isn't easy, and some companies (looking at you, Sony) don't feel particularly inclined to implement cross play since it doesn't technically drive sales to their hardware.

Let's be real, though. Fallout 76 is an ambitious game from a studio that isn't known for technically flawless experiences; quite the opposite, if we're being frank. Bethesda had its hands full just making sure everything was running smoothly enough for the game's launch, and despite a number of B.E.T.A. tests, glitches and bugs are still common occurrences. Trying to slap cross play support into a game we're surprised to see running it all is probably asking too much.

So, no, Fallout 76 does not support cross platform play, and there's no telling if it ever will. Before players decide to plonk down their hard-earned money on the game, it's worth considering which platform all of their friends will be playing on. Once they're locked in, the only way to continue playing with friends on other platforms will be to pick up another copy of the game—or convince their friends to do the same.

We here at Shacknews are dedicated to bringing readers all the latest and greatest information covering Bethesda's latest Fallout experience. To learn more details about quests, collectibles, and general hints and strategies, be sure to head over to our Fallout 76 guide and walkthrough.