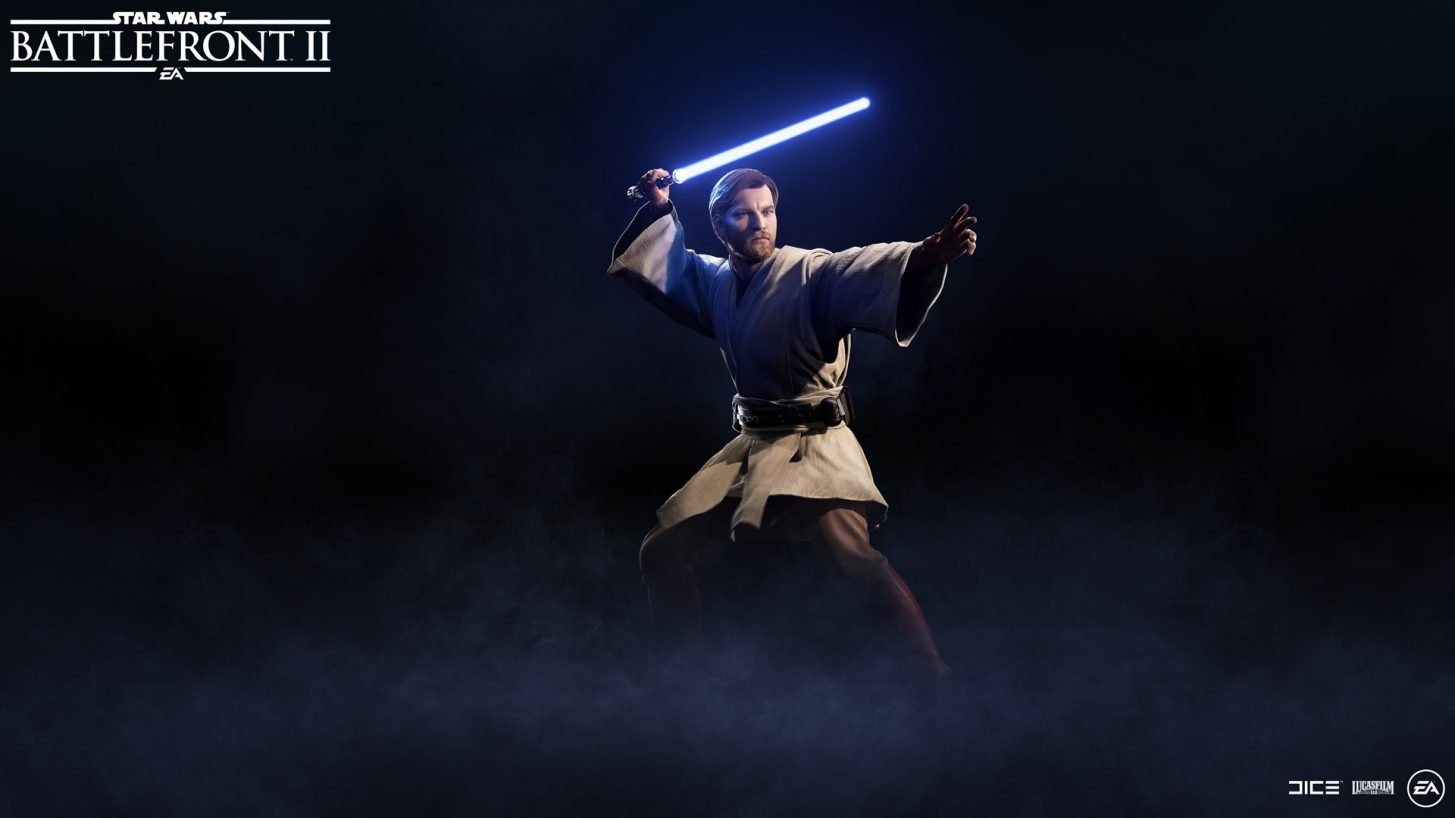 For the folks still soldiering on out there in Star Wars Battlefront 2, there's a new Jedi Master coming to town next week.

The one and only Obi-Wan Kenobi is headed to Star Wars Battlefront 2, for those of you who haven't moved on completely to games like Battlefield 5 or Call of Duty: Black Ops 4. He'll arrive in-game on November 28 with the Battle of Genesis update. A new blog on the official Star Wars Battlefront 2 site has all the details on what Obi-Wan will bring to the table.

For the uninitiated, the Jedi Master was previously a member of the Jedi Council, a general for the Galactic Republic, and mentor later in life to Luke Skywalker, the fabled Star Wars hero we all know and love. Obi-Wan kindly took Luke under his wings, but he also fought alongside Luke's father Anakin Skywalker back during the Clone Wars. Anakin, who we all know later in life as Darth Vader, will also be coming to Star Wars Battlefront 2 this February.

This version of Obi-Wan was inspired by his time in battle during the Clone Wars, which colors the abilities that players can use. Obi-Wan in the game has been modeled after Ewan McGregor's portrayal of the character from Star Wars: Episode III - Revenge of the Sith, and will as such be voiced by James Arnold Taylor from the Clone Wars animated series.

Obi-Wan's moves consist of lightsaber blocks, tight defensive combat, and powerful chained melee attacks. His Defensive Rush Ability lets him jet forward while swinging his lightsaber and deflecting blaster shots with high accuracy. He can also use the Force to make an All-Out Push like Luke Skywalker's. His is a bit more focused, as players can hold down the action button to increase the ability's range.

For more about Obi-Wan's abilities, appearance, and more you can read the official Obi-Wan announcement post. You'll be seeing him jumping into action as of next week so you can attack General Grievous with all you've got soon enough.

How to sign up for the Knockout City crossplay beta

March PS Plus games include Final Fantasy 7 Remake on PS4, but it won't upgrade to PS5
Login / Register