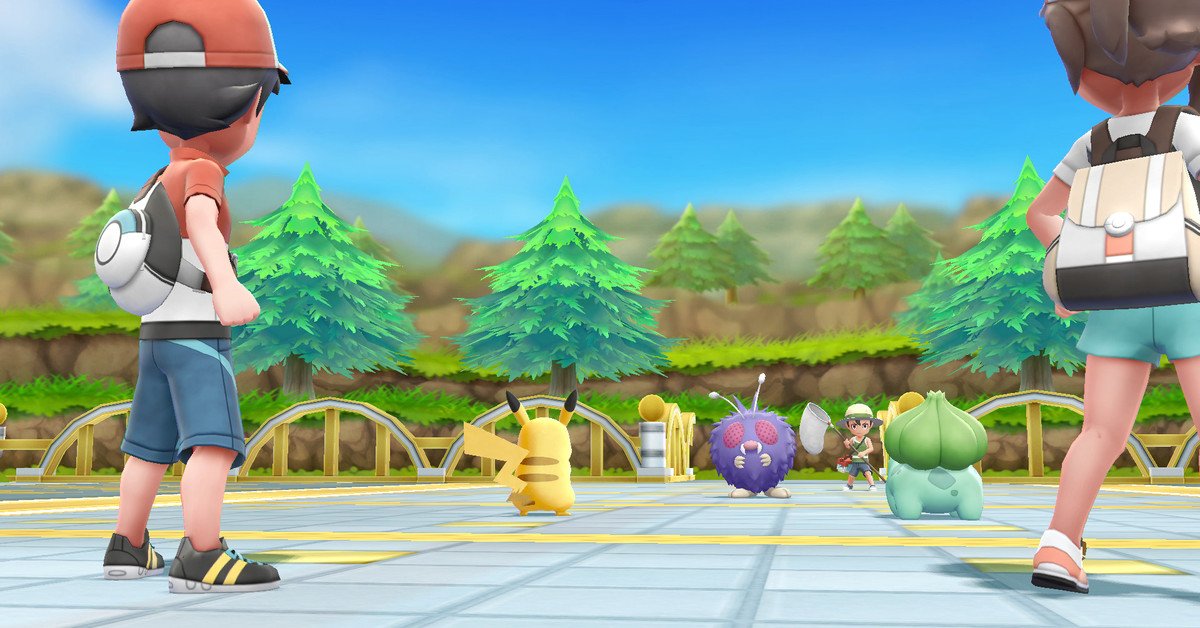 It takes dedication to catch all of the Pokemon available in Pokemon: Let's Go Pikachu and Eevee. Fortunately, the crew at Game Freak has included several items that can help ease the process, including a variety of different Berries. These staple Pokemon items have their distinct uses in Pokemon: Let's Go, and we've got details about what Razz, Nanab, and Pinap Berries can be used for featured below.

It isn't difficult to know when to use Razz Berries. When you encounter a Pokemon, a capture ring will appear on screen. If it's yellow, it's going to be tough to capture. If it's red, it will be very difficult to capture. If either is the case, a Razz Berry can be used to increase the odds of a successful capture. When done right, trainers should see the ring change colors.

Players can also feed a Razz Berry to either Pikachu or Eevee if they so choose. Press the X button on the right Joy-Con to open the main menu, then choose to play with your Pokemon. On the next screen, locate the Razz Berry icon in the lower-right and select it, then drag and drop the berry over the creature's mouth to have it consume the item.

The key difference between the Razz Berry and the Nanab Berry is that the Nanab Berry doesn't actually affect the odds of capturing a creature. instead, it slows them down enough to where they can be captured. This is particularly useful for quick or wild-natured Pokemon with a habit of moving around too quickly. Stacked together with a Razz Berry, players stand a much higher chance of capturing a troublesome Pokemon.

Finally, there's the Pinap Berry. This consumable item is a bit of an oddball, as it doesn't tie into capturing Pokemon at all. Instead, it increases the chance of an item drop occurring after players have already captured a creature. Like the others, there are basic, Silver, and Gold tier Pinap Berries, with the Gold being the most effective. By combining all three berries together, trainers are able to slow down unruly creatures, increase the chance of capturing them, and earn a higher chance of earning loot in the process.