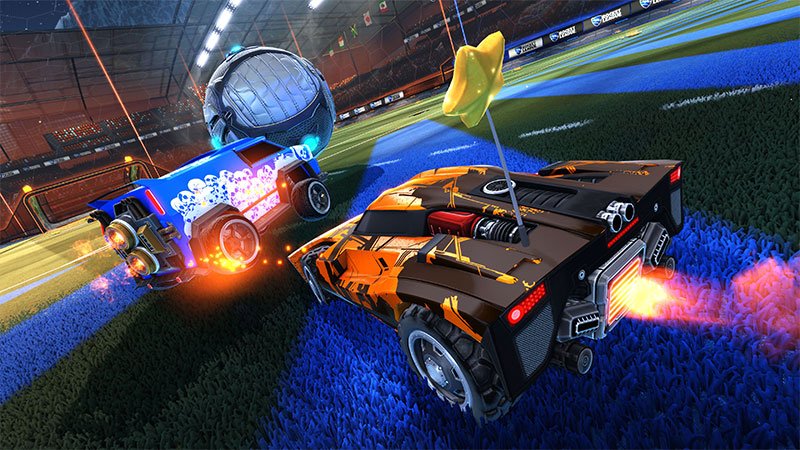 Psyonix has announced a slew of additions coming to Rocket League with the December Update, including support for those rocking Xbox One X consoles.

Enhanced Xbox One X support offers native 4K resolution at 60 frames per second for Rocket League enthusiasts, as well as HDR for making those colors pop. Rocket League is already an extremely colorful game as it is, so this should go a long way when it comes to really enhancing the colors already in the game.

Additionally, the fifth and final Monstercat playlist is introduced with Rocket League x Monstercat Vol. 5 for players to blast during each match. The playlist will feature tracks from Monstercat Instinct artists so you can rock out while decimating your opponents.

Next, there will be new Community Flags included with the update, including Speedy, Extra Life, and a smattering of some from Monstercat artists so you can rep your favorite. All this comes alongside a set of quality of life improvements for the game, which are always useful in any sphere, especially one that's ever-changing, like Rocket League.

Previously, Rocket League laid out its plans for the fall, which is what we're seeing here now, as well as the launch of Rocket Pass #2. We should be hearing more about that soon, but the early December Update goodies are already lined out. Make sure you add them to your game so you can get ready to eliminate the competition with some good tunes and in style.

Unfortunately, the RocketID that was previously slated to arrive in the game before the end of the year still hasn't been confirmed, but as soon as we know more about it we'll ensure we pass those details your way. Be sure to stay tuned to Shacknews for additional updates on Rocket League and all the other hottest games.