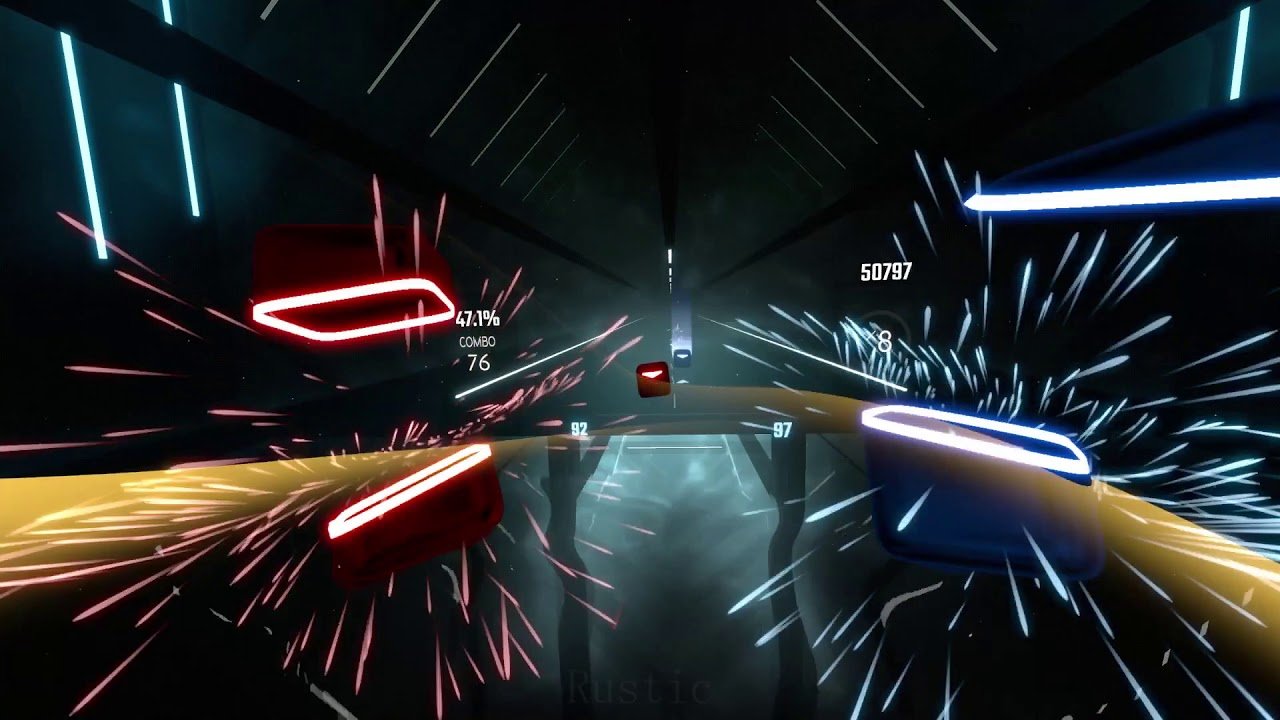 Beat Saber is an ingenious VR title that takes some of your favorite music tracks and turns them into special stages with blocks to slash away at to the rhythm. What happens when you combine that special VR experience with another, transcendent musical odyssey?

You get this awesome Beat Saber player working through a level featuring Tetris Effect's gossamer EDM song "Connected (Yours Forever)" of course.

The song, featured in the first level of Tetris Effect and featured prominently in the game's marketing, is an uplifting tune that takes everything nice and inspiring about the PlayStation 4 exclusive puzzler and distills it into one song. It's no surprise that it works amazingly well as an addition to the Beat Saber collection of songs as a custom level. Watching this talented player totally kill the level with intense precision is nearly as fun as watching a session of Tetris Effect, too.

Tetris Effect is an excellent game in its own right, and if you're mesmerized by the song you should absolutely give the puzzler a try. It's an addictive and wholly otherworldly experience that's well worth taking even if you've tried all the other entries in the Tetris franchise before now. If you're on the fence, just consider our own CEO Asif Khan's glowing review:

"Anyone who loves puzzlers will instantly be drawn in by the new feel of it and folks who are new to the series will be surprised and delighted by the absurd attention to detail found in every corner of this game. Tetris Effect is one of the best games to be released this year, and Tetsuya Mizuguichi's team has truly changed the game for the better. This is the update to Tetris no one knew they needed, but now that we have it, it is impossible to imagine stepping back."

As for Beat Saber, it's coming to PlayStation VR on November 20 (that's tomorrow!) so you can get your groove on while flailing your PlayStation Move controllers around like a true pro. It'll feature brand new songs for its PlayStation VR debut, according to Beat Games via the PlayStation Blog. The game originally launched with 10 songs, but PC players with VR headsets have been using their own custom songs and levels all along.