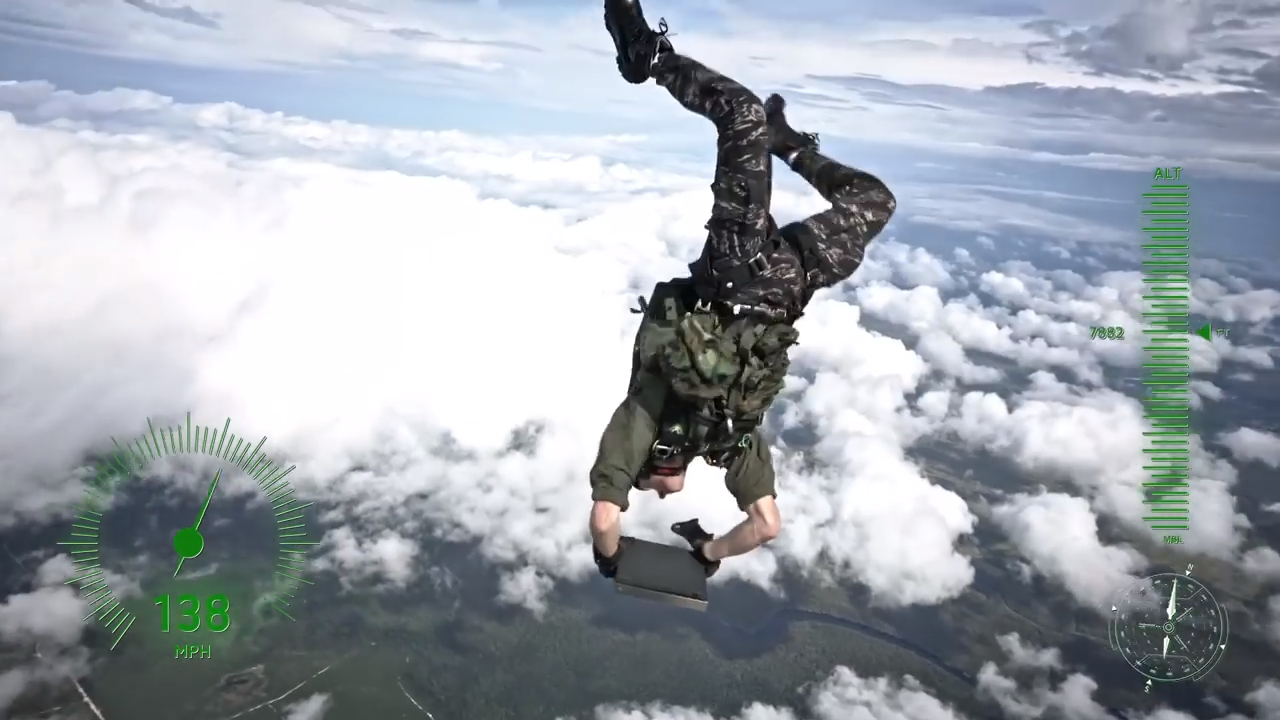 Pastrana jumped out of an airplane with an Xbox One X in celebration of Battlefield 5's release to float all the way down to retired Navy Corpsman and Xbox fan Jeff Bartrom in Paisley, Florida. The gift was a thank you for Bartrom's service, and was likely a massive surprise for the veteran. The best part is that it was all caught on tape to show everyone how things went down.

The Xbox One X Gold Rush Special Edition Battlefield 5 Bundle was on offer for this lucky veteran. Pastrana fell from 13,000 feet at a peak speed of 140 mph to take Bartrom his gift, and the entire thing was filmed in less than 55 seconds, in case you need another reason to think about how terrifying and potentially dangerous jumping out of an airplane actually is. The stunt was all in a bid to work alongside Microsoft for its #GiveWithXbox initiative, bringing gaming to everyone around the world, especially the folks in need – and this veteran was certainly delighted to receive the thoughtful gift.

Battlefield 5 is available now for those with the Deluxe Edition, but Standard Edition users will be able to jump in on November 20. EA Access members can try out a 10-hour trial of the game beginning today, if the wait is too long, or if you're not sure if it's for you or not.

You could also read the official Shacknews review, where our own Chris Jarrard summed his experience up thus: "[...] more work needs to be done with the UI and matchmaking before the hardcore fans will embrace it like the Battlefields of old. I wish EA could give the team at DICE extra time to make Battlefield 5 the best it could be. As it stands right now, the game is a rough, uncut diamond that could’ve been the crown jewel of class-based multiplayer first-person shooters."