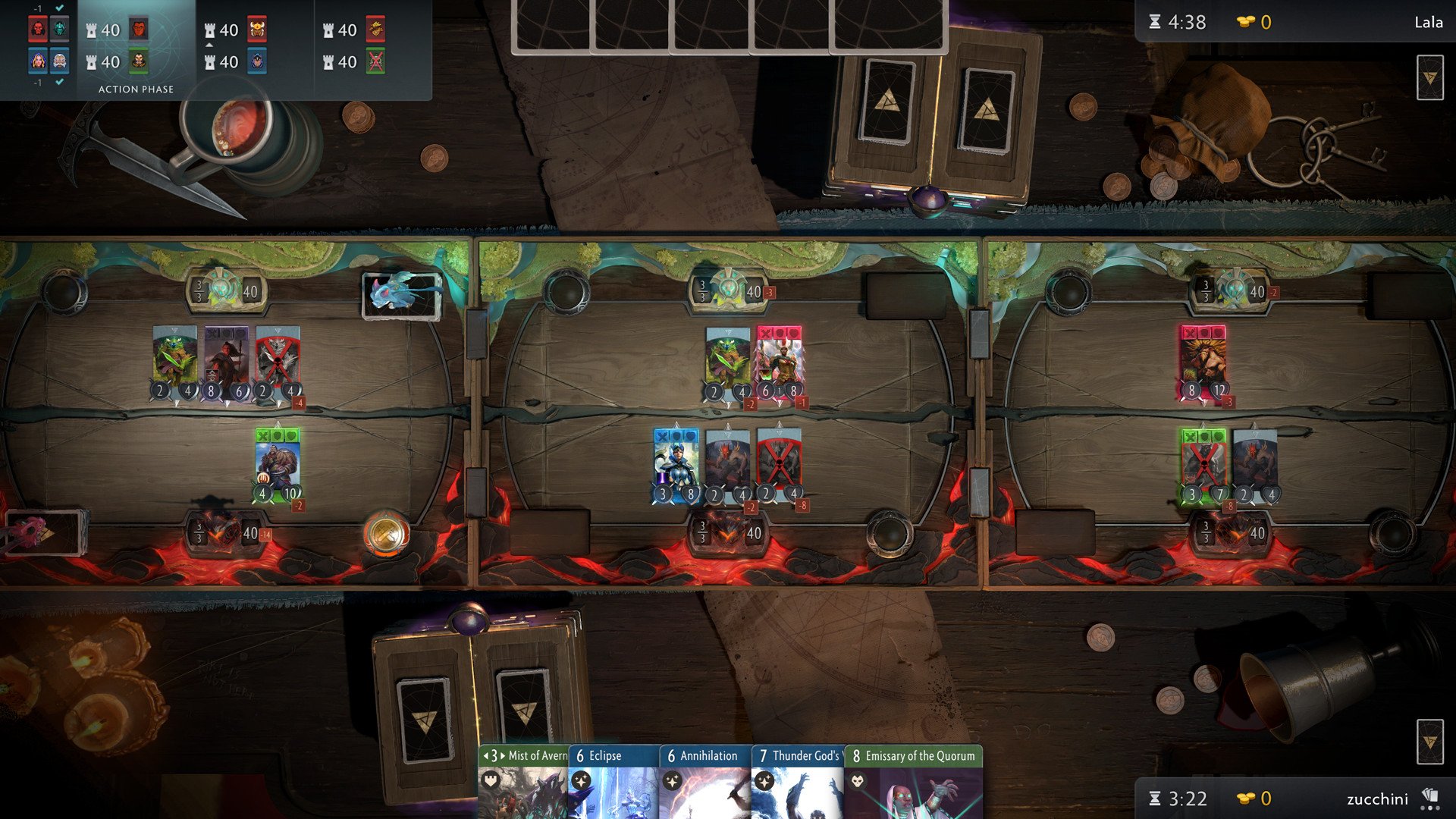 Artifact, Valve's digital collectible card game based on Dota 2, is available to play in beta for PC players now.

Those with beta keys can log into their Steam accounts and start playing the fantasy-themed card game today. Artifact fans will get to experience all gameplay modes during the beta ahead of the game's release later this month.

Artifact is a challenging card game played with multiple "lanes," much like Dota 2 itself, and players much treat each individual lane as a different board as they power up and destroy enemy structures, including towers and one called the "Ancient," which appears when a player takes down a tower. The first player to destroy an Ancient or two towers in a row will emerge victorious. The game is played with decks of 40 cards and five heroes, with over 300 cards available at launch.

The game has been in development since late 2014, and it's just now available for a wide audience to get their hands on, post-gameplay previews at events like PAX West in the past. It's not a free-to-play game, due to Gabe Newell's intention to keep it from becoming "pay to win." Rather, if you want to play it, you'll need to purchase the game. It will receive multiple updates throughout the course of its life.

The full game is releasing on November 28 for PC, Mac, and Linux users.