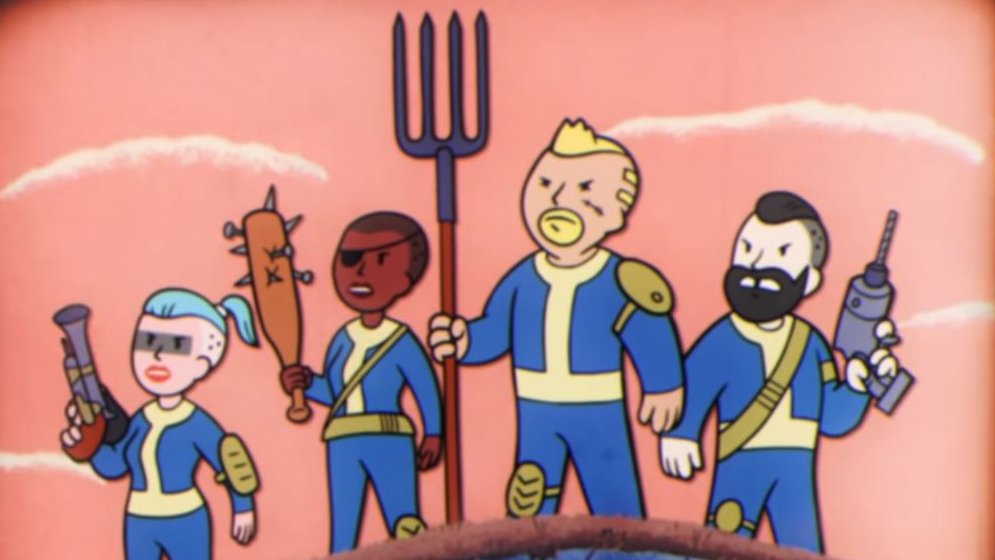 Surviving the wasteland in Fallout 76 requires more than just some farming knowledge and the ability to build a base, it demands the best weapons be found and used, especially when it comes to exploring the high level areas.

There are a few different types of weapons in Fallout 76, including Exotic, Exceptional, and Unique, but we’ll be covering just the “best” – an entirely subjective term.

What are “best” guns and melee weapons?

There are a lot of weapons in Fallout 76, some of them are good, some are bad, and there are a few that are the “best”. There are also a few different “classes” of weapons, including Exceptional, Exotic, and Unique, and although these are all useful in their own way, they might not be considered the best.

Even though not all Exceptional weapons are the best, keep an eye out for them by looking for weapons with a star next to their name – these should be held onto as they are rare drops. An example is the Somerset Special, a snub-nosed handgun with a massive scope. A scope on a handgun is ridiculous, but this specific weapon ignores 50% of your target’s armor. Not necessarily the “best” gun, but worth keeping for a rainy day.

How to get Legendary, Exceptional, Unique, and Exotic guns and melee weapons

Each of these weapon types can be found and earned through various avenues in Fallout 76. A few of the Exceptional weapons can be earned through the many randomly occurring public Events, while others are attached to specific side quests and even the main quest.

Depending on your playstyle and your character’s build, hunting down a specific weapon can be a good idea. Take some time to research what Unique or Exotic weapon will fit your build, and then set out to earn it.

Each legendary weapon that is dropped by a legendary enemy will come with a random legendary effect. These legendary effects are extremely powerful and drastically change up how the weapon feels and handles. While they are all good in their own way, depending on your build you will no doubt be hoping for a specific effect to drop.

Some of the best legendary weapon effects are those that simply increase the amount of damage a weapon deals without reducing any other attribute or requiring specific conditions. As an example, Anti-Scorched is alright when fighting Scorched, but it is not ideal when fighting anything else. Similarly, Nocturnal is great whenever you happen to be fighting at night, but it means you'll be dealing reduced damage half the time. Though the legendary weapons you receive and the effects on them are totally random, it will come down to personal preference as to whether something should be used or set aside.

Credit to Fallout Gamepedia for the information.

Just because a gun is classified as Unique, Exotic, or Exceptional in Fallout 76 doesn’t necessarily mean it is one of the best. In fact, some of the easiest-to-acquire guns and melee tools can be top tier weapons when upgraded with mods and components.

This weapon is awarded upon completion of the Fire Breathers’ exam – specifically the timed race around the capitol – found to the south at the Charleston Fire Department.

The Anti-Scorched Training Pistol is a fairly early-game weapon that can be good for those players who haven’t done a whole lot of exploring. As the name suggests, this weapon is extremely adept at taking down Scorched enemies. This 10mm-type pistol deals 25% more damage to Scorched, though it does deal less damage to all other types of enemy units.

It might be a fairly standard weapon, especially in shooters, but an upgraded and modded pump action shotgun in Fallout 76 will shred through enemies faster than most other weapons. Unlike a lot of the other weapons on this list, the pump shotgun is incredibly easy to find, as most enemies carry one. Collect as many as possible, and then spend time scrapping excess shotguns in order to learn how to build new mods and components.

The Dragon is an old-timey rifle that fires .50 ball ammo, which makes it incredibly powerful but also extremely slow to reload. This exotic rifle requires players be level 35, but it’s well worth using if found, as it will obliterate many low-to-medium level enemies, and will devastate even high-level monsters. It’s unique perk gives it a chance to cripple and provides extra limb damage. This limb damage can be capitalized on when using V.A.T.S. – however VATS will need to be upgraded in order to target limbs.

It wouldn’t be a Fallout 76 “best of” weapons list if the legendary Fat Man wasn’t included. This is the gun to carry around when you need to eradicate everything within a 20 meter radius. The weight of this thing means you’ll be carrying little else, but you only need one or two of the mini-nukes and you’ll win any argument.

Players can start wielding the Fat Man at level 25 and crafting it at 25, though it’s important to have some Intelligence points for Science and Demolition Expert perk cards.

The Harpoon Gun is a strange but versatile weapon, dealing huge damage but reloading rather slowly. This weapon is best used to soften up the target first and then follow up with some burst-fire to whittle it down or the other way around to mop up a kill. The harpoons can also be collected from the corpse, so ammo is rarely an issue.

This is just a personal favorite, but one that has gotten me through my first few dozen hours of Fallout 76. The Hunting Rifle is exceptionally versatile, even if it is primarily used as a sniper rifle. Using it indoors takes a steady hand (or thumb) while using it outside allows you to clear entire fields when taking advantage of the 2x damage when sneaking. Scrapping dozens of hunting rifles results in some excellent components, such as scopes, longer barrels, and recoil-reducing stocks, so be sure to collect as many as possible while exploring.

The Salvaged Assaultron Head is as incredible as it sounds – literally the cranium of one of the most powerful enemies in the game. Getting your hands on one of these requires slaying an Assaultron, which is no easy task. Players will also need to ensure they are level 25 in order to use it. Once that’s all sorted, rapidly hitting “reload” will charge the head, and the more charge it receives the more damage it will deal. The Salvaged Assaultron Head also deals radiation damage, making it even more potent at taking down enemies, and other players.

I can’t forget about my melee weapon wielding brethren who prefer to get up close and personal with their enemies. The Sledgehammer is such a brutal sounding name, which makes perfect sense given how much damage it deals in Fallout 76, and that’s before any of the outrageous mods are attached! Though the Sledgehammer is available at level 10, it can’t be crafted until level 30 and it requires a rank 2 Slugger perk card. If you’re going the melee build and you’re in the market for a strong weapon, get a Sledgehammer and start looking for mods – this thing will obliterate any fool who gets too close.

Picking the best weapon in Fallout 76 will ultimately come down to personal preference. If none of the above weapons scratches an itch, consider hunting around for another weapon in-game. It’s also worth collecting any weapon and scrapping it to learn new mods and components, as even a mediocre weapon can become legendary if upgraded.

Head over to the Fallout 76 guide and walkthrough for more wasteland survival tips.