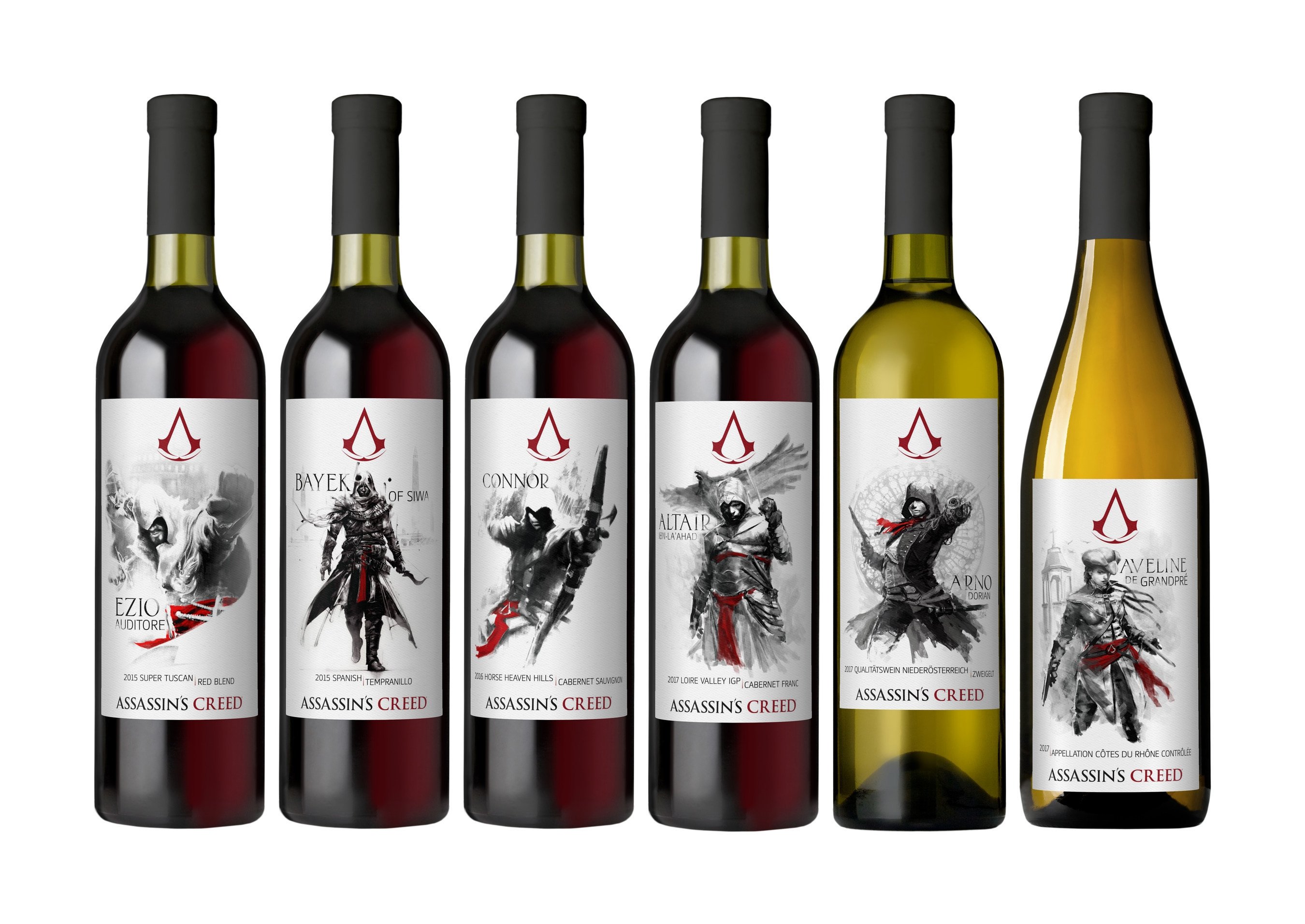 Ubisoft is working with winemaker Lot18 to release a special wine collection based on characters from the Assassin's Creed series. From Aveline de Grandpre to Altair, there's a wine for each of your favorites, with a specially designed label to bring it all together.

Here's the company's official description of what it has on offer:

One thing of note is that there isn't an Assassin's Creed Odyssey nod in the collection, though it may simply be that these wines were in the works before the game was completed.

You can order the collection, which actually isn't prohibitively expensive, via the Lot18 website for $192 for the full case and $20 a bottle otherwise. It probably isn't going to be the most quality wine you've ever tasted, but it's certainly a unique gift for anyone who loves the series dearly and enjoying a glass of wine, too.