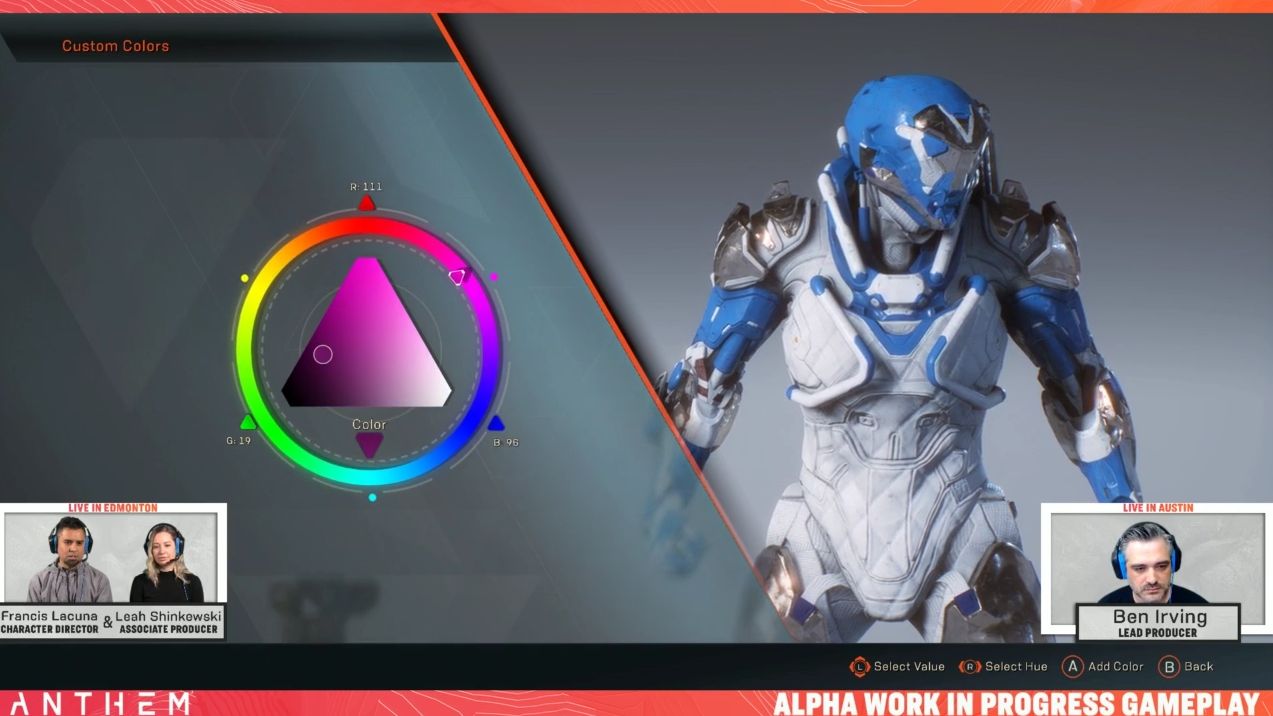 This week, the developer pulled back the curtain to speak on customization of Anthem's exosuits, the Javelins, during a livestream on Twitch. Anthem will launch with four Javelin archetypes: Ranger, Colossus, Storm, and Interceptor. The Forge is the area where you'll be able to customize your Javelin and you can change the helmet, arms, chest, legs, paint, wear state, and animations (emotes, landing, victory pose).

There are six layers to modify and you can choose from a large collection of colors and material as well. You can watch the VOD of the stream below, where the team walks through all of the Forge's menus and answers questions from the community. If you've like to see some of the action gameplay,  you can also watch the Lead Producer play through 20 minutes of Anthem.

In a couple weeks, the team is planning to host another development stream but the topic hasn't been decided yet. Anthem is set to launch February 22, 2019, on PS4, Xbox One, and PC. Stay tuned to Shacknews for additional updates.